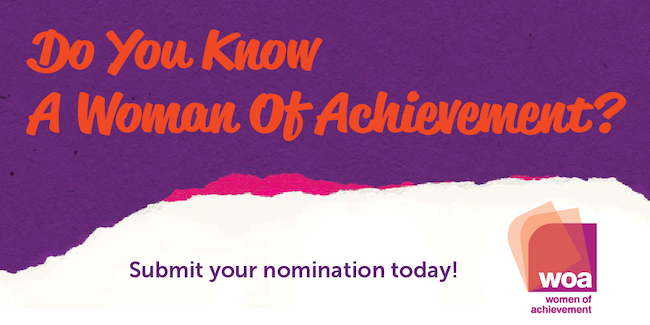 YWCA Spokane is calling for nominations for its 2019 Women of Achievement Awards. The deadline for submissions is June 21.

For 37 years at an annual luncheon, YWCA Spokane has celebrated successful women in the community for their achievements along with their commitment to giving back to the Spokane community.

This year, the event will be held at the Convention Center, 334 W Spokane Falls Blvd, on Friday, Oct. 11. Established with the goal of increasing community awareness and appreciation for the diverse contributions of women leaders in Spokane, over the years YWCA Spokane has honored more than 240 amazing women in the region at this luncheon.

“Spokane is home to amazing women who are a force of positive change in our community,” Regina Malveaux, CEO of YWCA Spokane said in a press release.

According to a press release, winners of a YWCA Women of Achievement Award embody the mission of YWCA Spokane by giving generously of themselves to make Spokane a better place for all citizens to live. They must also demonstrate leadership through their professional work or service to the community.

YWCA Spokane encourages nominations for the Women of Achievement Awards in the following areas:

Nomination forms may be found at ywcaspokane.org/woa2019nomination and may be completed and submitted online, via email to woa@ywcaspokane.org, or by mail to 930 N. Monroe St., Spokane, WA 99201, Attention: Women of Achievement Awards. The deadline for submissions is June 21, 2019.

The Women of Achievement Awards luncheon has evolved into YWCA Spokane’s largest fundraising event, supported by more than 50 companies and organizations each year, and is one of the area’s most prestigious award recognition events for women.

Details about this year’s Women of Achievement Awards Luncheon are available at ywcaspokane.org.

Previous How abortion became such a divisive faith issue
Next Sponsored Post: Gift Religious Jewelry to Your Devout Friends as a Symbol of Respect