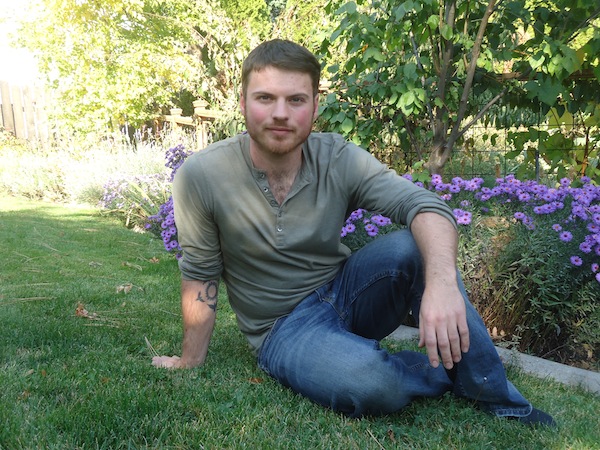 Nathan Robnett-Conover left Spokane with a full head of hair, a stubbly beard and a wardrobe common to most 23 year old.

Now, just more than a month later, he’s donning white robes and a shaved head at Wat Marp Jan, a monastery in a Thailand forest, where he’s serving as a pakow (or anagarika) and preparing to for Buddhist ordination.

Robnett-Conover said he felt the pull toward monastic life several years ago, though it became particularly strong around 2009. He took his parents' advice, however, and waited to pursue ordination until he finished his studies at Portland State University.

“Grad school, back country skiing, and a job no longer interested me. Strangely, sitting still in a robe while living off of a diet of rice in a malaria-prone part of the world did,” he wrote in his blog.

He grew up in a Buddhist home and spent lots of time at Sravasti Abbey in Newport. The nuns at the abbey, he said, showed him the impact monastics can have on the world — especially by slowing down and living simply.

“Being a monk made sense to me,” he said. “It’s always seemed like a worthy pursuit in life. I want to pursue the qualities of compassion and wisdom and fearlessness. The suffering of the world is too urgent to be ignoring it.”

Serving as a Buddhist monk, he said, is an effective way to help others in the world. It starts, he said, by bettering one’s one mind and heart, which monastic life emphasizes.

“You can’t pull people out of the mud if you’re stuck in it too,” Robnett-Conover said.

So in October he sold his possessions and traveled to Thailand in search of a monastery he could call home. He found Wat Marp Jan. He hopes to be ordained as a monk there in coming months.

She warns, though, that monastic life isn’t for everyone, at least not right away.

“Don’t rush into this. Pause and think about it,” she said. “This is not like getting a job. This is different. You need to have lived enough to say you’ve lived; experienced enough to know what you’re giving up.”

Robnett-Conover has traveled, studied and worked, and said he’s now ready to take his faith to the next level.

“We forget that we live in a hall of mirrors; that the only way to truly see and interact with the world around us — counterintuitive though it may be — is to look back at ourselves,” he writes.

His goal, he said, is to eventually return to the U.S. and teach meditation classes or psychotherapy.

Previous Mastering the art of political projection
Next Have you put up Christmas decorations yet?