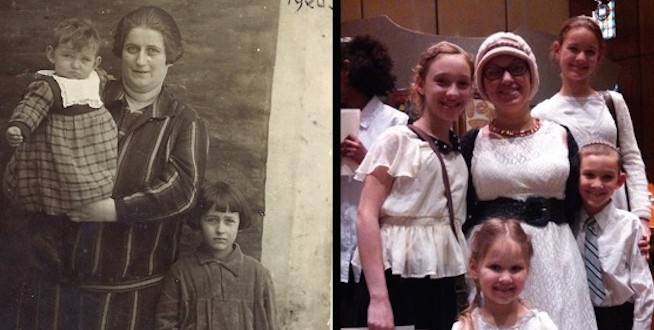 Yom Hashoah: A Time to Reflect on the History of Anti-Semitism

The Holocaust did not begin and end with the camps. Persecution existed long before and continued after. The narratives of the Shoah often focus on the concentration camps and ignore the long history of horrors that existed before the first gas chamber was ever used.

I recently read a piece about Dr. Ruth Westheimer. Born in Germany in 1928, she escaped on a kindertransport train in 1939. Yet she is not comfortable referring to herself as a “Holocaust survivor” because she never spent time in the camps.

I’ve seen and heard similar things from Jews and non-Jews alike. The suffering and loss endured was enough to cause many to leave behind everything and everyone they had ever known; yet their experiences are discounted or ignored because they never set foot in a concentration camp.

The Holocaust or the Shoah was a period of time between 1933 and 1945. During that time, the Nazi regime was responsible for a long list of anti-Semitic laws, rules, and actions.

Without clients, jobs, or income; many Jews were left with nothing.

We cannot fully study and understand anti-Semitism unless we step back and see the whole story. The gas chambers did not appear out of nowhere. There was a lethal rise and acceptance of hatred over time. The Holocaust was long and horrifying. The Shoah, like all anti-Semitism, did not begin and end with the concentration camps.

Previous The Bible Says: Should Christianity be Preached to Everyone?
Next Diocese returns Morning Star ranch priest to ministry