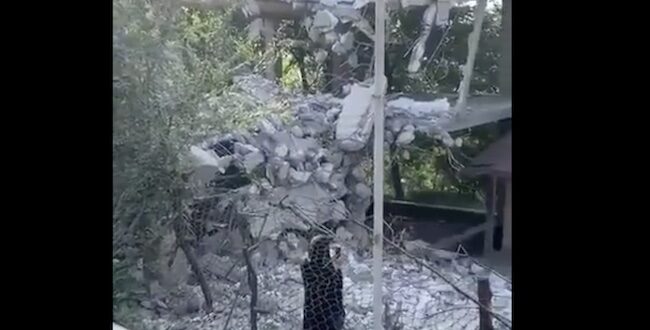 Bani Dugal, Baha’i International Community (BIC) representative to the United Nations, said Iran had “arrested 52 Baha’is in July, raiding dozens of homes, closing businesses and demolishing properties.” In June, 26 Baha’is in Shiraz were sentenced to prison terms from two to five years by Iran’s Revolutionary Court. They were charged with “conspiracy to disrupt internal and external security.”

Accounts were first reported Monday in media around the world. Reuters quoted Iran’s intelligence ministry as having arrested “a number of adherents of the banned Baha’i faith for links to a center in Israel and for proselytizing in schools and kindergartens.” The ministry statement said detainees “had been carrying out extensive propaganda missions to propagate Baha’I teaching” and to “infiltrate various levels of the educational sector across the country, especially kindergartens.”

Other charges include promoting a campaign of women’s unveiling in Iran and spying for a center in the Israeli port city of Haifa, where a Baha’i shrine was built last century. The shrine stands adjacent to a sweeping gardened arc that extends from the top of Mt. Carmel to the Haifa waterfront.

Exiled Baha’i leaders say hundreds of followers have been jailed and executed in Iran since the Islamic Republic was established in 1979.

Dugal, the Baha’I representative, stated, “a significant number of Baha’is” including three former leaders, had been arrested as part of the “government’s escalating persecution of Iran’s Baha’i community.” These “prominent community leaders … had all previously served 10-year prison sentences,” the Times reported.  SpokaneFaVS.com has carried at least two previous reports on similar persecutions here and here.

The Islamic Republic considers the Baha’i faith a heretical offshoot of Islam. Baha’is see themselves as an independent religion, with its millions of adherents in more than 190 countries.

Providing background on these persecutions, the Times explained that the Baha’i community has “long faced persecution and discrimination in Iran because the government does not recognize the faith.” The Baha’i belief that there was another prophet after Muhammad “is anathema to Islam,” it said, “and the fact that the headquarters of the Baha’i people is in Haifa, Israel, even though its roots are in what is today Iran, adds to the distrust Tehran has for the group.”

The arrests follow a recent wave of wider repression. Last Tuesday, “about 200 security and intelligence officers descended on the tiny village of Roshankouh, in northern Iran, where Baha’is have lived for more than a century,” according to local residents, relatives, and rights groups. Officers “closed off an access road, fired gunshots in the air and sprayed pepper gas at villagers.” Bulldozers razed “six houses and farmland” belonging to Baha’is.

The demolished houses and fences protected farmland that was “the backbone of the community’s livelihood, according to witnesses, videos posted on social media, reports broadcast on state television and comments by Iranian officials.”

One family’s home was reduced to rubble, witnesses reported, their furniture, clothes, toys and carpets thrown on the side of the road. A farmer’s land was seized and declared public property. When an older man protested, he had been beaten up, witnesses said, and several residents who had raised their voices had been pepper-sprayed, handcuffed and briefly detained. Cellphones were confiscated to prevent documentation of the raid, a resident said.

Such persecutions have been going on since the mid 19th century.

Previous The Ethics Behind Kratom Consumption
Next Christian Fashion Tips: How To Look Good and Stay Modest