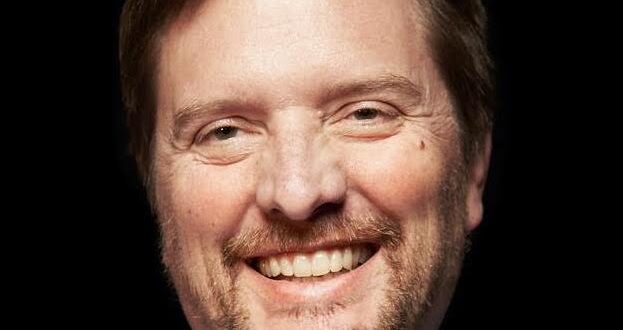 For Washington State University professor Matthew Sutton, studying history is a way for him to examine the roots of contemporary issues and how to build a better future by understanding the past.

“Contemporary crises don’t just come out of nowhere, but there’s usually a long story that led us to the place where we are today,” Sutton said.

Sutton hopes to share a chapter of that “long story” during his Feb. 16 lecture on his book  “Double Crossed: The Missionaries Who Spied for the United States During the Second World War.”

The event is hosted by the Spokane County Library District in partnership with Humanities Washington and the Thomas S. Foley Institute for Public Policy and Public Service. It is scheduled for 7-8:30 p.m. over Zoom.

Intersection of religion and history

Sutton serves as the chair for WSU’s history department. His research is an intersection between religion and history, and he has invested his career in understanding how people of faith have positively and negatively impacted the United States.

This investment stems from his experience growing up in a religious home in Southern California. Sutton said religion was a part of his daily life and the world he grew up in. When he went to college, he was curious and wanted to understand religion more, as well as his family and himself.

In his undergraduate years, Sutton majored in religious studies and took a history course during his first semester. He said he fell in love with history and realized he could combine both his interest in religion with his fascination for history.

He went to graduate school in 1999 and spent the next six years working on his dissertation and first book on evangelist Aimee Semple McPherson, who founded the Foursquare Gospel church. This then led him to write one book after another, each one building up on previous work.

Sutton said his recent book “Double Crossed” was inspired by his 2014 book “American Apocalypse: A History of Modern Evangelicalism.”

While working on “American Apocalypse,” Sutton came across John Birch, who served as a missionary in China during World War II. He also worked in army intelligence and later for the Office of Strategic Services, which later became the CIA.

Studying Birch’s life made Sutton question whether there were other missionaries who served in intelligence during World War II, cultivating the seed for his research for his 2019 book “Double Crossed.”

With the National Archives and Records Administration declassifying masses of information in 2008, Sutton said he was able to piece together fragments of stories about missionaries, priests and one rabbi who spied during World War II.

Sutton said he had to peruse through thousands of documents that were not even organized, making the research process challenging.

“Everyday in the archives was a fishing expedition trying to, you know, try to find these trails,” Sutton said, “but I’m trying to figure out where to go next and what documents will lead to what documents.”

During his research, government documents gave Sutton a glimpse into the characters’ operations in espionage and intelligence. But it was the content in the letters, diaries and family papers that Sutton traced down that exposed what they truly thought, felt — as well as the crises of faith they experienced.

Comparing the dates in the government documents with the letters and diaries allowed Sutton to paint a bigger picture of what the world was like for the missionaries.

One of Sutton’s favorite characters in the book is William Eddy, who served as an intelligence officer and U.S. minister to Saudi Arabia. Sutton said Eddy lived a double life: Eddy would write letters about his Episcopalian faith to his family and at the same draw up assassination plans.

“At the end of [Eddy’s] life, he talked about how he hated himself for it, that the kinds of compromises that were forced on him, it was just horrific,” Sutton said. “But then he said, would I do it again? Yes, because, you know, the United States needed to win the war. We couldn’t let Hitler win the war. But then he said, but that doesn’t make it any easier for me to sleep at night.”

Through Eddy’s story, Sutton saw the ethical tension and dilemma many people in World War II had to face. He said the missionaries’ experiences show the dangers they had to go through and the risks they took, even to the point of their religious missions being compromised.

“I think it just gave me a new respect for the real challenge of fighting a war that, you know, is for the right reasons, but that still requires you to do really difficult things. So in the case of these guys, you know, being asked to kill,” Sutton said.

He said the missionaries who spied during World War II fostered relationships between the U.S. and centers of religious power. They were stationed in Saudi Arabia, Palestine, Jerusalem, the Vatican and near Mecca.

“What we see developing in the Cold War is this real effort to organize the world’s religious people against godless communism,” Sutton said. “And so it was the work that they did during World War Two that laid the foundations for that.”

Sutton said he is currently working on his next book about the history of American Christianity from the 1400s to present time, including Columbus’ invasion and the 2021 attack of the U.S. Capitol. He is anticipating it to be published in 2025.

Previous As gay marriage turns 10 in Washington state, a reminder that progress is slow
Next When Values and Fanship Clash