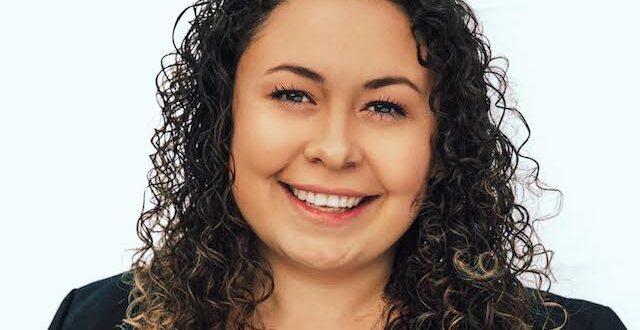 Veronica Miranda’s passion for nonprofits is rooted in her early exposure of living in an orphanage in Mexico and receiving support from them throughout her childhood. She was the child nonprofits helped, and all she wants to do now is to give back the joy and support that was given to her.

Miranda was born in San Antonio. She was the oldest of four children to an American father and a Mexican mother. They lived an affluent life, and one moment changed it all.

Miranda said her parents were arrested for involvement in illegal activities when she was about 8 or 9 years old. It was a confusing and shocking experience for Miranda to navigate through.

“I was the oldest so I had to raise my siblings and I have to be their mom pretty much,” Miranda said. “So it was a lot of just growing up quickly. Yeah, I didn’t really have the time to be a child.”

When Miranda’s mom got out of prison, she got custody of the children and immediately relocated Miranda and her siblings to Mexico. They moved to the northern part of Mexico where Miranda’s mom is from. They lived with Miranda’s uncle but eventually had to relocate after her uncle was killed. Shortly after, Miranda’s youngest brother died.

Two months later, Miranda’s mom was arrested again. And about a year later, in February 2010, Miranda and her siblings were sent to Fundación Emmanuel, a Christian orphanage in Guadalajara.

“At first, I had never even heard of an orphanage. I didn’t even know what that was,” Miranda said.

Jaclyn Miller an employee from the orphanage came to pick Miranda and her siblings up while they were visiting their mom in prison. Miranda said she remembers admiring Miller upon that first meeting.

Miller serves as the founder and director of MARKED, a nonprofit that establishes holistic programs in indigenous communities targeted by organized crime in Latin America. At the time, MARKED was working with orphanages like Fundación Emmanuel.

“[Miller is] still one of my greatest mentors to today’s day and she just kind of gave me that assurance that we’re going to be in a good place, in a safe place,” Miranda said.

Miller’s assurance was true. The orphanage taught Miranda and her siblings good values. Staff taught them about God, which Miranda said started her faith journey.

At Fundación Emmanuel, Miller said Miranda was the “girl leader” who not only helped maintain the orphanage’s operations, but also stepped up to care for her siblings and other children.

Because the orphanage was understaffed, Miranda said she became proactive and even helped with accounting and logistics.

“I pretty much ran the place sometimes,” Miranda said. “I would take care of kids. I learned how to cook by cooking meals for like 270 kids every day.”

Miranda also started a community soup kitchen for children outside the orphanage. She cooked for them and held a Bible study once a week. She also helped give out groceries to the local community.

“It wasn’t about the hair. It was about the quality time, one on one, that we got to have together and I think established some of that long-term connection and relationship,” Miller said.

Since their initial encounter, Miller has seen the maturity of Miranda’s heart, even at an early age. She has witnessed Miranda’s eagerness to not only look pain in the face and conquer it, but also to embrace the truth that her story holds power.

“I think she’s really bold because she’s experienced God in such a beautiful way that she’s not afraid to go, like, ‘I’m gonna offend somebody if I share this piece,’” Miller said, “and she’s fully embraced her story and the nature and the heart of God as a father for her, and I think that that has been something so powerful to watch.”

By summer 2014, Miranda and her siblings received a guardianship that allowed them to move back to the U.S. And despite many challenges, Miranda was able to finish high school and attended Washington State University in 2016. She graduated in December 2020 with a bachelor’s degree in international business and entrepreneurship.

During college, Miranda said she kept busy and got involved in several internships with nonprofits. She traveled to Africa, started a coffee shop for an orphanage in Haiti, and helped a nonprofit in California create a business strategy for a one-stop shop in Mexico.

She was heavily involved on campus as well by serving as president of the Entrepreneurship Club and participating in the Center for Entrepreneurship’s first and second-year program.

Marie Mayes, director of the Center for Entrepreneurship, said Miranda’s confidence grew in the program as she stepped outside of her comfort zone, took risks and gained entrepreneurial skills.

Miranda’s “can-do, make-a-way attitude” was something Mayes admired about her. It is one of the main contributors to Miranda’s success, Mayes said.

“There’s no ‘no’ in Veronica. She just finds a way to make something happen,” Mayes said.

Maye’s friendship with Miranda has taught her a lot about joy, even in the small things in life. Miranda brought along with her humor, fun and the ability to bring light and life in the world around her, Mayes said.

“She’d overcome so much but it wasn’t like that had somehow dimmed her light — in some ways that made her life brighter,” Mayes said.

Miranda’s nonprofit internships and her field of study were all rooted in her experience growing up in an orphanage and being helped by nonprofits. Miranda said she wants to give back and see others thrive.

“It’s a full circle thing for me because I was the kid that nonprofits were trying to help and now I get to do that. Now I get to be on the other side and offer true input and good perspectives,” Miranda said.

Miller said she has seen Miranda serve others through her faith in multiple ways, including doing mission trips and visiting orphanages. Miranda is able to do that because she has fully embraced her story.

“She genuinely has a heart that is just so for people and seeing lives — the most vulnerable, the most broken, people that maybe were the outcasts — she really sees the gold in them and can call it out,” Miller said.

Miranda was even one of the first children in Guadalajara to receive a shoe box from Operation Christmas Child, a Samaritan’s Purse project . Miller said the letter inside the shoe box transformed Miranda’s heart and later led Miranda to serve as a spokesperson for the organization.

Miranda said her faith is what drives her. Although she has experienced many obstacles, she has seen God take care of her. God has always been faithful to her and provided for her family.

“I really think that in the center is just really Jesus and my relationship with God. The way we react to certain situations I think is what really truly shows who we are,” Miranda said. “And like I said, I think that you need to know where your identity is rooted. And if it’s rooted in Jesus, then he will help you figure out the rest too.”

Nonprofit in the making

Currently, Miranda works as a research strategist fellow with OneHope through its two-year fellowship program. OneHope provides mentorship and pays for her to pursue a master’s degree in global ministry design at Southeastern University in Florida.

Miranda said what she is learning right now through her fellowship will equip her with the skills and knowledge needed for her to develop her own nonprofit. Her nonprofit will partner with other existing nonprofits in developing nations to create sustainable business ventures.

This way, nonprofits are not fully depending on donations. Establishing microbusinesses like coffee shops and laundromats can help flow money into the local economy and help the nonprofits garner more money to fund their operations.

“A lot of [nonprofits] aren’t very efficient, and I think even as a child when she was in, you know, an orphanage in Mexico, she was the one organizing everything,” Mayes said. “And I think she just wanted to bring that level of energy and enthusiasm and efficiency to other nonprofits that she worked with.”

Miller said Miranda has modeled resilience beautifully. Her story is a testimony to God’s faithfulness and how He can show up in people’s lives, even in the midst of pain.

“She is everything and more and she has taken everything that should have come against her and used it for good and she’s turned the ashes into something really beautiful,” Miller said.

Loren Negron is a senior at Washington State University pursuing a dual degree in journalism and sociology with a minor in psychology. She works as a multimedia storyteller and copywriter for nonprofits, using captivating and engaging storytelling to share God’s love and highlight nonprofits’ mission and impact. In her free time, she naps, listens to music, plays the drums, writes poetry, hikes and chases waterfalls. One of her favorite quotes and inspirations comes from Mother Teresa: “I am a little pencil in the hand of a writing God, who is sending a love letter to the world.”

Previous Public funding of religious schools is coming. The first lesson is compromise
Next Accepting Our Differences Could Mean Peace On Earth