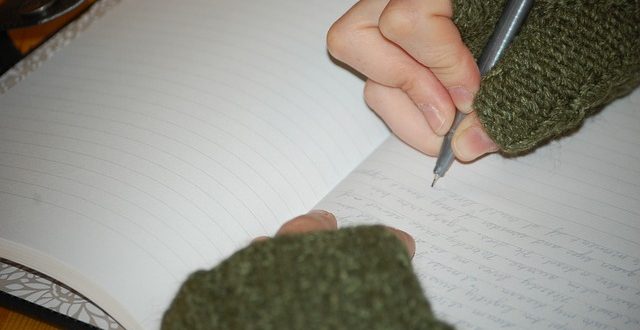 Photo of writer from Max Pixel

Writing about hate is heavy, but enlightening

In order to “unlearn hate,” one must first understand its deeply personal causes.

The recent mass shooting in Las Vegas — the deadliest in United States history — shed light on a sad but true reality: Hate is all around us. It is inescapable. Las Vegas is my hometown, so the shooting weighed particularly heavy on my heart.

I feel lost. I continue to ask myself, “Why is the world so cruel?  Why do people continue to die?”

I hoped that my community of friends on Facebook would help me cope with my grief. It did not. The arguments about politics and privilege — while relevant — among the occasional positive post made my stomach turn. Obviously, the country needs to find a solution to violence. But now is not the time to spew more venom at one another. Now is a time for grieving, loving and empathizing. Now is a time for holding our loved ones close and squeezing them a bit tighter.

Even in the wake of such tragedy, people continue to spark divisive debates amongst each other. Our daily lives are filled with divisiveness.

When I started my journalistic writing internship with Spokane Faith and Values in the spring, I listened to underrepresented communities crying out in pain. I have written about everything from hate crimes to anti-Semitic and racist graffiti to Christian statements supporting the marginalized. I often hear pained voices speak about years of conflict and misunderstandings between various groups.

Writing forced me to face my own biases. Before I began writing extensively, I lived in fear of the Muslim community because I did not understand Islam. I was ignorant. After listening to stories from various members of Spokane’s Muslim community —and taking various religion courses that delved into the Qur’an and Muslim scholars’ literature — I look to Islam as a source of beauty and religious truth.

I grappled with the fact that my faith is not the sole source of truth, something I had often believed since confessing my commitment to Christianity from a young age. Now I understand that people see God in many ways that I may not always understand.  And that is OK. I embrace members of many faith traditions and I am eager to tell their stories.

Talking about hate is heavy. Writing about it seems even heavier. The act weighs on your heart. It has the ability to traumatize you or help you grow. As both a highly-sensitive person and reporter, I have to remember to be gentle with myself as I struggle to process darkness in the world. However, covering hate has also allowed me to find the light that overshadows humanity’s pain.

Communities come together after tragedies. They offer words of encouragement. They offer acts of charity. They rebuild.

The fact that Spokane Faith and Values is offering a panel on “Unlearning Hate” — ways to deconstruct myths, combat hate and bias in our community, and join hands to create a just and inclusive community — is a sign of a deep-seated need for change in a turbulent political and social climate. But it is also one example among many of people working toward positive change and unity. In the face of mass violence, racism and xenophobia, joining hands is the first step to unlearning hate.

“Unlearning Hate” is the topic of the Oct. 7 SpokaneFāVS Coffee Talk, which will take place at 10 a.m. at Saranac Commons, 19 W Main Ave. All are invited to participate in this community discussion. Carroll is a guest panelist.