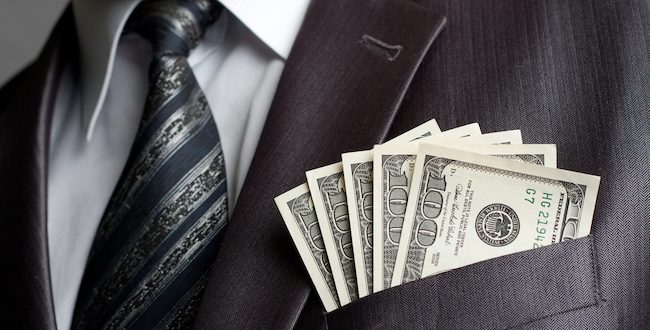 Many of us worry and/or complain about the 1 percent of Americans who control the bulk of the nation’s wealth. Two TV series, “Billions” and “Succession,” give us the chance to see how this 1 percent lives. A New York Times article lets us in on how the show’s producers need to rub elbows with that wealth in order to portray it correctly. Just reading the article I felt that being ultra-rich is downright creepy.

A friend of mine once was a children’s choir director at a church where many of the members were rich. She said at the time that some of the kids in her choir worried openly about being wealthy and whether it put them at odds with God.

My friend told them that possession of wealth isn’t a sin, but what you do with it can be. So their choice was to decide how God would want them to use their blessing of wealth.

I think about that as I see stories about the ways that rich parents misused their wealth as a bargaining chip to get their children into the colleges of their choice. Those parents now face prison, which is hardly the kind of example you want to set for your children.

I tend toward anger when I hear about children being abused, and this abuse of money is certainly an abuse of children because it humiliates them in front of their peers and undermines the trust in parents that children are supposed to have.

I can understand the parental mindset of wanting your children to have the best in life, but that shouldn’t translate into buying the best for them. Parents should create the opportunities for their children to learn what is truly best – for them, for others, for the world – and to pursue it.

The immediate question is whether the children affected by this humiliating tragedy will learn anything from the experience about what is best. Would that they could all hear my friend’s words right now.

I am grateful for this scandal to the extent that it reveals to us how little value some people place on moral behavior. It reminds me to be grateful that God showers me with the capacity to act morally.

Before you and I rush to judgment, remember that if we were in similar circumstances – way too rich with way too little grounding in moral behavior – we would be just like them. As the old saying goes, “There, but for the grace of God, go I.”

This incident also says something to people like me, who are about as far away from being rich as you can get. I live on Social Security and, during my career as a journalist, I never once had a gross annual income of at least $40,000. So I know what it’s like to be “poor.”

But the thing is, I don’t resent it. In fact, I don’t think of myself as poor. I certainly don’t yearn to be among the 1 percent (although I do confess to entering the occasional Publishers Clearing House sweepstakes). I consider myself blessed because so many other people in this nation and world have so much less than I do.

I am grateful for what I have. As Father Ron Rolheiser once wrote, I know that “everything is gift.” And that’s where the difference lies between the ultra-rich and the rest of us. We are more likely to appreciate what we have. To be thankful for it.

I hope you are. And I hope you thank God for it because he is the source of the material benefits in your life. If you believe that you earned everything you have, then you risk being like the super-rich who are now in the news – those who believe that the universe revolves around them. I would never want to believe that about myself, nor would I ever want you to be cursed in that way.

Previous It’s a Wonderful Grace
Next Ask A Catholic: Are Catholics Born Again?