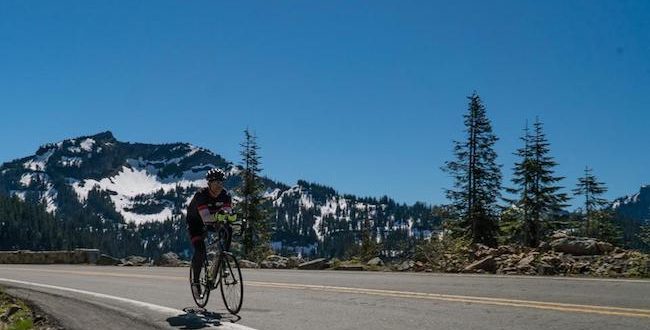 World Relief Seattle is fundraising and recruiting cyclists to participate in its annual bike ride across the state to collect money for refugees settling in Washington. The bike ride, called SEA TRI KAN (STK), begins on June 20 and continues through the 24th.

The name of the ride originated from the three World Relief offices in Washington, which are located in Seattle, Richland (Tri-Cities) and Spokane.

“It was designed to be an adventure ride and hit all of our offices in Washington,” Celiz Aguilar, coordinator of the 2018 ride said.

About 35 cyclists have already registered for the ride, with 25 more spots open to fill. World Relief is hoping to fill all 60 slots with cyclists willing to make the 400-mile journey. Anyone is encouraged to sign up, regardless of their experience level. However, beginner cyclists have started training for the ride this summer.

“Cyclists are on their bikes, seven to 10 hours [per day], depending on how quick they are,” Aguilar said. “And it’s really open to anyone. It takes folks through this gorgeous route through Washington.”

One of the first-time cyclists is Asma Noray who was partnered with World Relief through the Americorps program. Noray and others have been going on training rides to prepare themselves for the state-wide trek.

“The training is a little bit difficult just because biking is totally new to me,” Noray said. “I haven’t ridden a bike since I was 12 and I didn’t really know anything about the process so, it’s been difficult. But it’s also encouraging knowing there’s [35 cyclists] registered now.”

Being born in Kenya and immigrating with her family to America from Tanzania when she was young, Noray said she felt motivated to advocate for refugees and immigrants in her community.

“I think people can see from this that STK for me is not just a fundraiser, but also another way for me to engage with an issue I care deeply about,” Noray said.

Her motivation can be seen not only in her dedication to this ride, but in the amount of money she has raised for World Relief as well. With $1,254 raised, Noray has met 64 percent of her fundraising goal and has placed her in the top 10 fundraisers for the ride.

Noray was surprised to find financial support from her friends in her mission to raise $1,950.

“I have very few large donations on my page,” Noray said. “It’s mostly people I went to college with, mentors, professors, past colleagues that I’ve worked with, that just give as much as they can and over time it built up.”

World Relief’s overall goal is to raise $150,000 for refugees in Washington. The charity has raised just over a quarter of that goal with a current total of $38,7000. This money goes to employment programs for newly arrived refugees to help them find a job and become self sufficient within six months.

“Some of the assistance offered include job search assistance, updating resumes, interview practice, taking folks to their first interview, and casework assistance which includes everything from getting kids in school, making sure the whole family has medical insurance, and making sure people have social security cards,” said Aguilar.

One of these refugees is William, who’s story is shared on World Relief’s website. William came to the US after fleeing the Democratic Republic Congo and found his way into riding in the second annual STK. According to the website, “William’s contagious smile and optimistic demeanor helped motivate the team all along their tough but rewarding ride.”

Aguilar also had a story of William during his first ride. She claims that William originally believed that STK was a race and was confused when his fellow cyclists stopped for the evening to sleep and get food.

Noray made the point that World Relief is not the only refugee service that Washingtonians can get involved with. The Coalition for Refugees from Burma, and Jewish Family Services are other charities that help immigrants in their journey to America.

Noray is looking forward to the ride and getting to know her fellow cyclists in this five-day journey.

“I’m also really excited to get to know the state,” she said. “This is probably one of the best ways to do it.”

Previous Ask a Buddhist – Nuns’ Lifestyle
Next Ask A Muslim: Rules about wearing a hijab