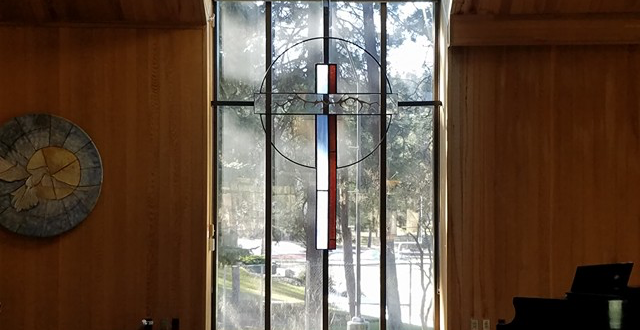 With grant, Whitworth aims to be spiritual renewal hub

Last month Whitworth University announced that they received a $1.5 million grant from the Lilly Endowment Inc. The grant was awarded to Whitworth’s Office of Church Engagement (OCE) to help start charitable programs among churches in Spokane and the West Coast.

The Lilly Endowment Inc. is a nonprofit organization that donates grants to charities and nonprofits across the United States. The grants typically go to Christian organizations like schools and churches who work to better their communities and share their faith. Additionally, when SpokaneFāVs was under its original owner, Religion News LLC, the Endowment offered a grant to help the site get started.

According to Whitworth’s website, the OCE intends to use the grant, “to develop and deepen its role as a hub of spiritual renewal and ministry in the Pacific Northwest.”

The OCE has crafted its goal for the grant around the idea of living in “the third way.” The third way refers to the kind of lifestyle historians believe Christians lived while under Roman law.

Terry McGonigal, director of church engagement, described the third way as not being exclusivists.

“We think this idea of the third way is something that is very important to pay attention to and provide some guidance for the church in the troubling era in which we live, in which there’s such a divide, including religion division,” McGonigal said.

Local churches will soon meet with the OCE and take part in one or more of six learning communities that will help generate solutions to major problems facing the world today. The learning communities consist of Worship: Old, New, and Global; Intergenerational Relationships and Strengthening Families; Vocation and Gospel Faithfulness in the City; Hospitality for Refugees and Immigrants; Creation Care; and Church as Reconciling Community.

These learning groups were generated last summer in preparation for the Lilly Endowment grant. The OCE saw 110 west coast ministry leaders gather to find solutions to these problems in their communities.

The OCE has made the most progress with the area of Hospitality for Refugees and Immigrants. World Relief has partnered with Whitworth to provide training and supplies to the organizations that use the grant’s money to help refugees and immigrants in Spokane.

This is not the first time Whitworth has received a Lilly Endowment grant. In 2014 Whitworth used the grant to create what is now the Office of Church Engagement.

The Endowment was looking for a west coast partner to invest in regional sites and help the renewal of the church, McGonigal said.

The OCE’s mission statement is, “To equip a global network of ministry partners to make disciples and engage culture with the Good News of Jesus.”

The OCE will continue to further that statement as they begin meeting with churches at their Whitworth Institute of Ministry July 23-27. This conference will help the OCE allocate money to the projects equipped to solving these issues.

FāVS wants to tell more stories like this. With your tax-deductible donation, we can.

Previous If football is deadly, why do we still watch?
Next Faith on the Field