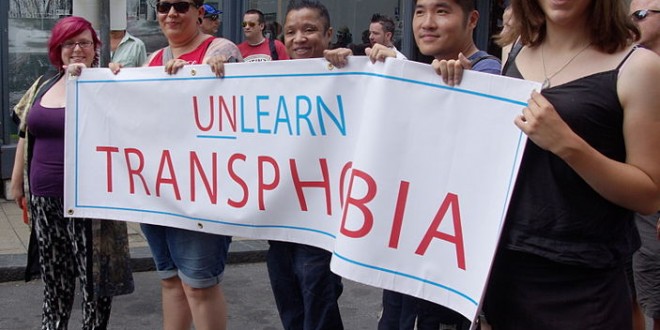 During my most recent college reunion, I participated in a new social phenomenon. At a meeting of Oberlin College’s Peace Studies student club, we sat in a circle and introduced ourselves. We stated our names and class years, but we also indicated the pronouns we wanted people to use in relation to us. It went a little something like this: “My name is Neal, class of 2001. I prefer he/him/his.” That last bit took about a second per person, but it had a big impact on me.

It isn’t easy for some portions of American society to accept gender theory. I learned as an undergraduate at Oberlin that gender identity exists on a spectrum, and gender is performance. Over time, this became for me not a controversial idea I had to come to grips with, but rather a jumping-off point for ongoing curiosity about how human beings exist in the world.

I see myself as someone who is male but possesses more stereotypically feminine traits than the average American man. What I learned at Oberlin was not to engage in gender identification without considering its meaning, source, and complexity. When I moved to Seattle after college, most of my new friends saw this kind of thoughtfulness about gender as not only reasonable but important.

Unfortunately, many LGBT Americans find themselves in much more oppressive settings. The national legalization of same-sex marriage doesn’t solve homophobia any more than having a black president solves racism. However, from a societal point of view, when there’s a significant step forward, some kind of backlash generally ensues.

Transgender individuals may currently be the most vulnerable members of the LGBT population. Ignorance and misunderstanding regarding transgender identity certainly seem difficult to stamp out. If John Kasich’s GOP debate performance is any indication, condemning gays and lesbians merely for being who they are has become less socially acceptable than it used to be. Naturally, some cultural commentators are now turning their attention to trans folk. The results are often deeply offensive.

A few months ago, a Facebook friend reposted a CNSNews.com article about psychiatrist Dr. Paul McHugh. McHugh was making headlines due to his claim that transgender identity is a mental disorder. One quote from the doctor, whose theories aren’t especially hard to refute, summarizes his view particularly well: “This intensely felt sense of being transgendered constitutes a mental disorder in two respects. The first is that the idea of sex misalignment is simply mistaken – it does not correspond with physical reality. The second is that it can lead to grim psychological outcomes.”

As I’ve written before, people who pathologize LGBT identities may not have a firm grasp on the distinction between correlation and causation. In a society that still consistently oppresses and not infrequently brutalizes trans folk, it’s understandably difficult at times for people who identify as trans to maintain a sunny outlook. As evidenced by  McHugh’s harmful ideas, transgender individuals regularly experience both micro- and macroaggressions at the hands of a largely intolerant society. This suggests to me that society has the pathology, not trans people.

That’s an inconvenient truth for those who feel compelled to see trans people as a symptom of society’s breakdown, rather than as resilient survivors of its dysfunctionality. For Matt Walsh and his ilk, trans folk are a problem, and “rigorous psychological and spiritual counseling” is the solution. I might very well need some counseling if I had to wake up every morning in a world that can’t make up its mind about whether I deserve to live authentically, but usually seems to be leaning the other way.

Trans blogger Parker Molloy borrowed a concept from the ‘80s movie “War Games” to describe her response to this new salvo in the ongoing war against trans folk. The logic of people like McHugh and Walsh suggests that every move a trans person makes is ipso facto pathological. (Walsh had some choice words for Caitlyn Jenner back in June.) In the face of such thinking, Molloy has decided: “The only winning move is not to play.” That doesn’t mean refusing to talk about gender identity or any other complex subject. It just means not playing by rules that aren’t fair, that don’t reflect anything about one’s own lived experience and reality — and many other people’s, too.

McHugh and Walsh are distorting truth under the guise of telling it. They must disregard centuries of historical, anthropological, and sociological information related to non-heterosexual, non-gender-binary identities in order to fabricate a soothingly black-and-white “reality.” Their version of truth doesn’t require them to be uncomfortable, or to keep up with the evolution of ideas and culture. If men are men and women are women, then Target’s gender-neutral signage is the seventh seal, and trans people must simply be confused.

That perspective may reassure some, but it’s not what I see. In my world, every individual must sort out for him- or herself (or xyrself) the role that gender plays in his/her/xyr life. See that? Only three little letters, and we can be less exclusive in our language and thought. Hey, when even the OED agrees with you, you know you’re onto something.

Previous Ask An Eastern Orthodox Christian: What is the history of the Greek Orthodox Church in Spokane?
Next The SpokaneFāVS Mixer is back!