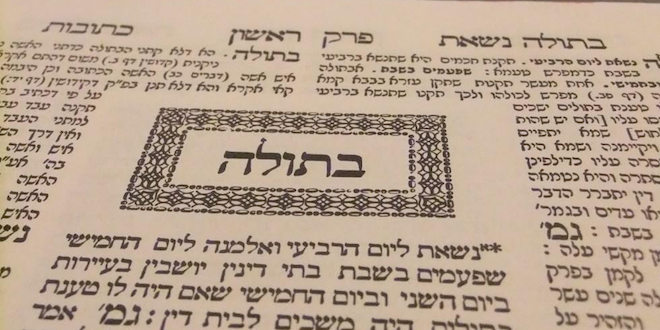 Will Your Religion Be Unrecognizable in 100 Years?

What do you think your religion or spiritual practice will look like in the hands, hearts and minds of people 100 years from now? What will Judaism, Christianity, Mormonism, Catholicism, Islam, Buddhism, Hinduism and all the spiritual traditions of our world look like in 2115?

In 1990 a prominent sociologist compiled the statistics for the 1990 National Jewish Population survey saying, “There is good news and there is bad news. The good news is Judaism will exist in 100 years. The bad news is it will be unrecognizable to us.”

Rabbi Benay Lappe told this story and continued by saying, “What I would like to share with you today is why this one queer Jew doesn’t think an unrecognizable Judaism is particularly bad news.”

Last week at Svara’s queer Talmud camp at Pearlstein in Lake Delton, Wis., Rabbi Lappe spoke, guided, clapped up, and transformed two Spokanites (me and Rabbi Elizabeth Goldstein) along with 60 or so other participants.

“Every religion comes into being to create meaning, and meaning comes by way of a “master story,” like Torah. But every master story will eventually…crash,” according to Rabbi Lappe. She lays out a roadmap for navigating the current “crash” in Jewish life, arguing that it is those on the margins who will be the leaders of the next Jewish future, and outlines the curriculum that will equip them to be “players.”

In her crash talk, Rabbi Lappe outlines three approaches to “a crash” like the destruction of the Temple, falling engagement in community worship services, or a religious war. Her approach particularly speaks to the decreasing membership and activity numbers in virtually every world religion today. Is your congregation growing and thriving? Who is leading the community engagement? Who is being marginalized?

There are three ways to approach “a crash.” People tend to deny that there is anything wrong and go back to their same way of practicing or their master story. This is the pathway to death on a physical and or spiritual level, according to Rabbi Lappe. The majority of people faced with “a crash” leave their master story behind, leaving their religion, stopping their religious practice, or adopting a totally new practice. Level three people, maybe ten percent of the community, go through a transformation and reinvent the master story mixing the old with the new in a way that works for their life. This level three cycle results in a radically new and vibrant practice. According to Rabbi Lappe, the rabbis who wrote the Talmud and made up a small percentage of the Jewish community after the destruction of the Temple were level three thinkers.

Last week, Rabbi Lappe explained her thoughts on Judaism, Talmud study, and the early rabbis to a group of Jews who for one reason or another would not be allowed access to Talmud (the writings of the early rabbis in the first century) in traditional settings. Some participants were women, who traditionally were not allowed to enter a yeshiva and study.

The popular movie story of Yentl with Barbara Streisand tells the story of one woman who pretends to be a man in order to study in the yeshiva. But can you be fully present in your practice and studies if you can’t bring your true self to the process?

Others were gay men and lesbians, who as recently as 1996 were thrown out of traditional seminaries if they told anyone they were gay. Some were transexuals, who still struggle to find a place in traditional settings to study, learn, and engage in the spiritual practices of their community.

Rabbi Lappe’s Svara Traditionally Radical Yeshiva based in the Chicago area is open to anyone who wants to learn Talmud and her hope is that each student will transform and create a vital Judaism that will survive the current crash and thrive for centuries to come.

Previous Where We Worship: Life Center Spokane Aims to Help Introduce Others to Jesus
Next Upcoming retreat: “Praying and Contemplating in the Ignatian Way”