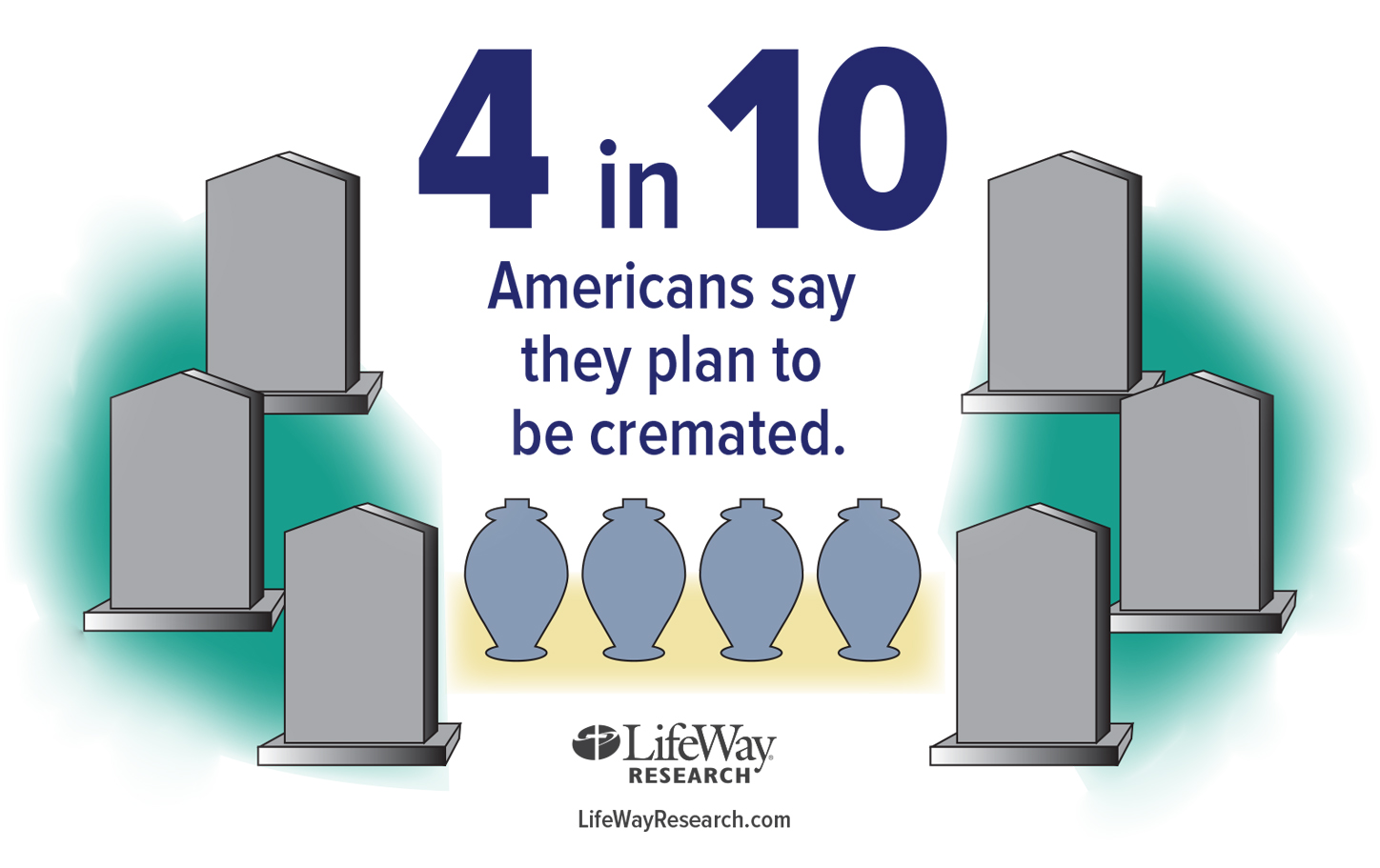 Will you choose burial, cremation or another method? 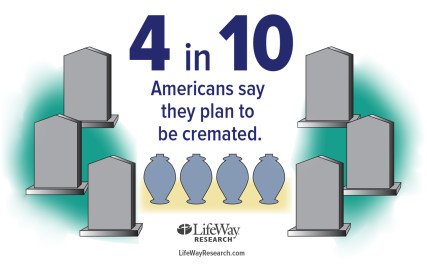 Do you plan on being buried or cremated when you die? Some cultures also choose a funeral pyre.

Others choose to have their body cryonically preserved or frozen soon after death in hopes that science will advance enough later for them to be thawed and revived.

According to Nashville-based LifeWay Research, 41 percent of Americans plan on being cremated, and 58 percent of Christians surveyed don’t believe cremation will stand in the way of resurrection when Jesus Christ returns to Earth.

The Cremation Association of North America says 43.5 percent of Americans who died in 2012 were cremated, up from 21 percent in 1996, according to a LifeWay press release.

Previous Coffee Talk: The Desensitization of Language
Next Anti-Semitic incidents continue to decline in US