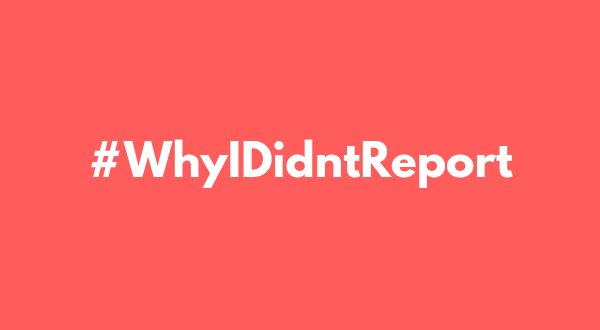 “The courage of survivors will always outweigh the hate” -Alyssa Milano
This weekend tens of thousands of people participated in the #WhyIDidntReport Twitter storm that very quickly reached the top of the trending list and stayed there for hours.
I was one of these people who tried to report it, even though I was too scared because survivors often aren’t believed, and then was shut down by the authorities and others adults I tried to tell. 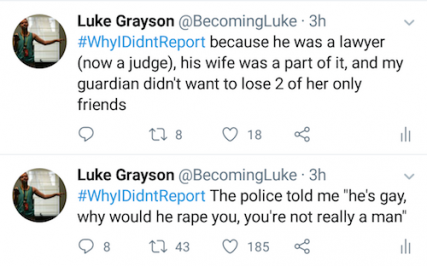 One of my posts reached more than 200 interactions in under an hour, showing me that people do believe me and that everything that happened surrounding that trauma wasn’t my fault, and should not have happened.
We as a society so often put the futures and reputations of accused perpetrators above those they victimized. Even with the rape shield law, survivors are far too often dragged through the mud as the scapegoats of these offenders. When perpetrators are in higher profile cases, the media questions the validity of the assault and the report, and ask what the victim was wearing, how much they had to drink, if they said no, if they fought back — all to try and discredit them.
The following statistics are from the Human Rights Commission:
I remember sitting in class wondering who else in my class had experienced what I had; wondering if it was normal, if anyone else knew about my home life.
Over the last few years the hashtags  #BelieveSurvivors, #MeToo, #WeBelieveYou, and now #WhyIDidn’tReport, have fought to make people notice what is going on. They have challenged us as a society to do better, believe survivors when they come forward, make it easier to come forward, and actually prosecute the accused regardless of whether the media or perpetrator tries to excuse it or say “she was asking for it.”
No one asks for this.
No one wants to be shamed, humiliated, or not believed for something that was out of their control. As a society we just re-victimize survivors over and over.
We must believe survivors
We must do better
We must believe survivors
We must hold those accountable for their actions
We must treat survivors better.

Luke Grayson is a 20-something nonbinary transperson who has been in Spokane since 2012 and is an advocate for the LGBT community and for transgender youth.
He is currently helping raise kids and trying to make schools more inclusive and accepting of transgender youth. He is also attempting to help make the local community more inclusive of both the LGB and transgender communities.
Luke is also a slam (performance) poet who went to Atlanta for National competition last year as a part of a team representing Spokane.
Luke uses he/him or they/them pronouns.

Previous Ask A Jew: Do Jews have a system designed to subvert hatred in relationships?
Next New digital tool aimed at supporting local sexual assault victims

Ask An Evangelical: Living Out Faith in Daily Life

"The distinction between feelings or inclinations on the one hand, and behavior on the other hand, is very clear. "