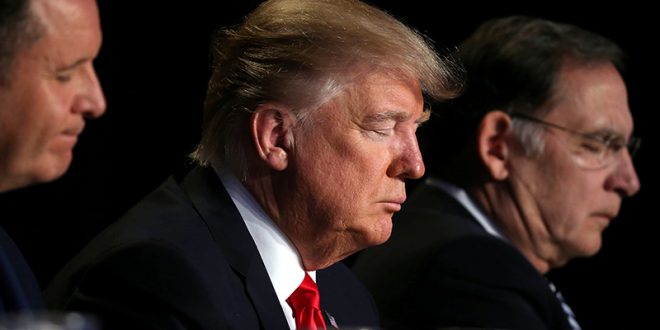 Why we should be troubled by Trump’s “shithole countries” comments

I’ve started to write about Trump’s “shithole countries” comment a dozen times today and had trouble finding the words. There are tons of YouTube videos and Facebook posts and newspaper op-eds that eloquently express the many facets of how problematic it is on so many levels – diplomatically, historically, racially, or just from a human decency standpoint. I encourage you to read/watch them.

Unfortunately, I can’t say that such an ignorant, racist, heartless statement was a shock – Trump has been telling us loud and clear who he is since day one. This comment is simply more in the same vein as previous generalizations he’s made such as “all Haitians have AIDS”, “total shutdown of Muslims coming in”, “all Nigerians live in huts”, “all Mexican immigrants are criminals”, etc.

If you are a person of faith who believes, as I do, that every person is a child of God made in the image of their Creator, or if you simply believe that every human being deserves to be treated with respect and dignity, this kind of open contempt and disdain should be absolutely unacceptable to you.

If you are concerned about America’s standing in the world as a moral leader, as I am – if you truly believe in “American exceptionalism” (as in America should be a light to the rest of the world, not that we are automatically better than everyone else) – this vulgarity and lack of empathy that degrades us in the eyes of the world should be absolutely unacceptable to you.

If you want America to maintain its economic status in the world, as I do, we should welcome hard-working, innovative people of any background from any country, and this blanket, counterproductive rejection of over a billion people should be absolutely unacceptable to you.

If you are worried about security and terrorism, as I am, you should recognize that rhetoric like this alienates us from those who are or should be our allies, throws up barriers to the trust required between allies, and makes us less safe, and it should be absolutely unacceptable to you.

So, what can we do? First, go learn about some of these “shithole countries.” How many can you find and name on a map? What do you know about their history, their people? Learn about how American intervention and policy has contributed to many of the problems they are dealing with today. Learn about the myriad contributions that have been made to the United States of America by the millions of immigrants from “shithole countries” and their children. Thousands of people have been sharing their stories on social media today – go read them. There are hundreds of podcasts, youtube videos, books, articles, websites you can use to expand your knowledge.

And if you don’t find Trump’s unfeeling dismissal of a significant portion of the world’s population because they happen to come from “shithole countries” to be unacceptable, please spend some time in self-reflection investigating why.