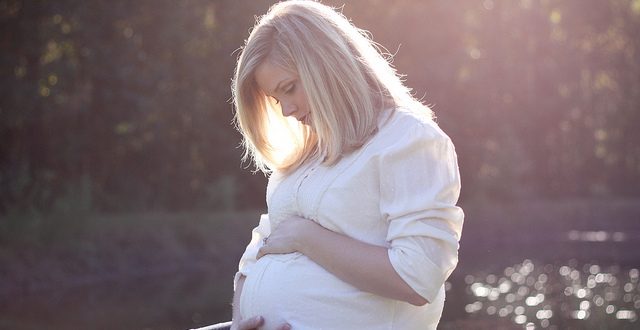 Why We Need A New Pro-Life Movement

As a Christian I feel like being pro-life is my natural orientation to all things relating to moral and political decisions, but I must confess that this appellation has been more difficult for me to attribute to myself than I think that it should. The problem that I have with the pro-life movement in its current state is that it has become obsessed with legally compelling women to give birth, when this seems like a poor reduction of what the pro-life movement should be. As a Christian I think that my proper relationship with pro-life ideology is to make abortions unnecessary in society rather than simply making them illegal.

I will go further than that though, and propose that making abortions illegal is actually against good moral judgment, and that Christians have been on the wrong side of the legal issue concerning abortion for a long time. This may seem like my pro-choice stance is really a façade and not really true to the form of what the actual pro-life movement really is. And I will not object to those who wish to think that this is simply a bastardization of what it means to stand up for all of God’s creation. But it still does not change the fact that I see myself as pro-life, because my goals are to see every unborn child receive the gift of birth, and to see every life prosper. And I will consent to the fact that I cannot categorically deny the legality of abortions in its current form, but under our here and now conditions abortions for the moment seem to be a legal right for women.

The reason why abortions need to be a legal right for women is because the viability argument in its current form remains strong and valid. The basic medical and metaphysical distinction remains that independent choice cannot be determined by that which is not a viable life. Now viability involves both medical and, in a sense, existential distinctions. In one sense an unborn child is a dependent being, as opposed to an independent one, and because of this is not guaranteed its own birth. In this sense, we can say that the unborn child is still a person of diminished capacity in the same way that we would look at someone on life support. In another sense, the viability of an unborn child is constantly changing under the auspices of medical technology constantly expanding and growing. Children may one day, no longer require human vessels to incubate and develop, and this may invalidate the viability argument entirely. Fertilized eggs can one day be cloned and grown in a chamber outside a mother’s body.

This may sound too far-fetched, but it is only meant to highlight the fact that the legality of abortion is a conditional arrangement. There could come a day when viability becomes obsolete due to technological advancements, but the moral foundation for abortion would remain the same, a non-viable life has no right to determine the choices of independent persons when it comes to making choices about their own bodies, and since the birth process requires the body of an independent person the non-viable person has no right to their own birth. To decide otherwise implies slavery.

So I will not hide the fact that an abortion takes a life, nor will I try to reduce the unborn child to a fetus or some other clinical term to remove from my moral evaluation that this is a person. I do not think such trivialities serve any form of support or deference to any position for or against abortion. The problem is that the current debate about abortion gets so convoluted in non-essential details. Those who are pro-choice need to be more sobering about and transparent about the life that is being extinguished, and instead of pro-lifers ranting about abortion being murder there needs to be more dialogue about the fine details concerning viability. Can viability extend to pre-birth late-term pregnancies? And should the quality of life effect the viability quotient? Distinctions concerning mental impairments and late-term gestation remain on the table subjects even after accepting the viability argument that could go either way, but unfortunately the pro-life side seems more interested in back peddling 40 years into the past rather than engage in current subject matter that may have traction if engaged in fairly.

The reality is that regardless of the moral worth given to every life we need to have legal distinctions about which lives are of more social value. A murderer in some cases is allowed to be executed to emphasize this point. In an emergency, children and women are given priority over men. In war, the lives of our enemies hold no value. In the classic train car scenario the life of a single person is not as important as the lives of train full of people. A person in a vegetative state is not required to exist on life support, and in some states assisted suicide further challenges the idea of what the legal responsibility is in relation to moral virtue. We have to deal with these legal distinctions so that society can function properly, and in the case of abortion the life of the unborn child is not given a legal claim to its own birth. This means that abortion is not murder. We accept the loss of life in order for society to function when issues of viability arise in other circumstances, like the vegetable and the cancer patient who would rather die peacefully, and so the logic has to be carried over to unborn children, as well.

The vision that I have or a new pro-life movement is to see all unborn children be born, but not by legally forcing women to give birth to their unwanted children. We need to make conditions better for women, and strengthen victimization laws to protect women and children from abuse so that we can create a world where a woman is not threatened by the reality of pregnancy. Education and aid need to be available for women so that regardless of their circumstances they can get help. The church should be a refuge for women to be protected and inspired, but unfortunately it too often becomes a den of patriarchy where women are manipulated to stay in unsafe conditions and repressive environments. If pro-life advocates re-focused their energy on making life better for women in society in general then they could do something far better for unborn children then simply legally forcing someone to give birth to them in spite.

There are so many opportunities in society to help others and reduce the likelihood that an abortion will become a necessity that it is almost an abject waste of time to spend so much energy in trying to keep making abortion a legal issue. That battle was fought over forty years ago, and it is time we moved on from it. Even if abortions were made illegal once again, they will still be done, but now it will be in unsafe conditions and women will not be protected from the illegitimate doctors. Unborn children will still die, and so will many women from medical malpractice. It will not be the victory that the pro-life movement deserves.

Let the abortions that must happen take place in safe and professional conditions, and let us work as hard as we can to make the world the kind of place where the abortions that don’t need to happen are never thought of as a possibility. This is my pro-life movement.

Previous Refugee forum coming to St. Stephen’s Episcopal
Next Ask An Atheist: What would you say to God after not believing in him your whole life?