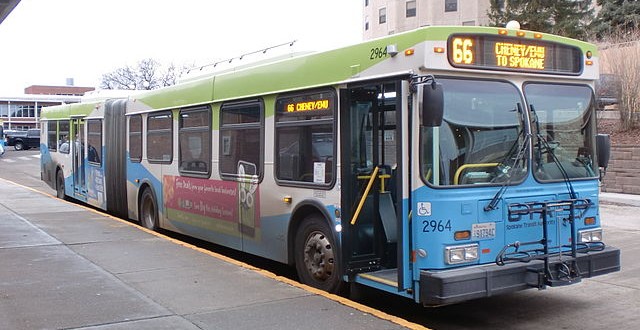 Why Spokane Transit Matters To Me

The diagnosis of a physical or mental health issue can dramatically change your day to day routines. What once seemed easy, suddenly seems like an insurmountable task. For me, that task is driving. I once enjoyed driving — long stretches of open road, the windows down, the music blasting. It was freeing. I could drive to Seattle with only one bathroom or food break along the way without a second thought. Now, I can feel my palms get sweaty, and my heartbeat thump a little faster, when I turn the key.

Its bad enough to get panic attack at work, or while I’m sitting in a movie theater, but few things are more terrifying to me than a panic attack kicking in while I’m behind the wheel of a car doing 65 MPH on the highway. It all feels like the perfect sequence of events that makes Final Destination come to life: You’re trapped in the confines of your car, at the mercy of other drivers with sometimes questionable driving skills, all while trying to tell yourself that you are not, in fact, going to die at that very moment.

How you are able to cope and adapt to disruptive events like this is not just a matter of will, but of resources as well. If the resources aren’t there, will may not matter. For someone without a car, or in my case someone who has difficulty driving more than short distances, having alternative means of transportation is not a nicety, its a necessity. It helps us cope. It helps us retain some semblance of mobility in a world where driving confers privilege and benefits beyond shorter commute times. As I’ve grappled with confronting my triggers, and tried driving longer and longer distances, I have come to understand the moral and practical necessity of having a robust public transit system.

Frankly, I should have already known this. I grew up in a household on the lower end of the economic spectrum. I used transit all through middle and high school, and Spokane Transit Authority helped make my daily treks from Spokane Valley to Cheney far less of a hassle (and far cheaper) while I studied at Eastern Washington University. The benefits I experienced were incalculabe. But at those points in my life, I still had an easy Plan B: catch a ride or drive myself. Now, that Plan B isn’t so easy; which means transit is even more critical. I’m far from alone too: we know there are tens of thousand who live in our community where a Plan B has never existed. Their mobility has always been limited, be it by mental or physical health, or lack of resources.

This is why I sincerely hope the voters of Spokane County vote in favor of STA Ballot Proposition No. 1. We cannot afford to delay investment in to our transit infrastructure any longer if we want to see a more mobile and vibrant community. We need more: We need more routes. We need better service. We need to show those whose mobility is limited in our car centric world that their access to the community around them matters. That is what this ballot measure promises to do. To me, that is what transit is all about: expanding resources and opportunities for who have been excluded, or left behind, by an economy that cares more efficiency than it does equity.

Previous Whitworth professor pens new book, “Christians, Free Expression, and the Common Good”
Next Ask A Jew: What is a Bar Mitzvah, part 2