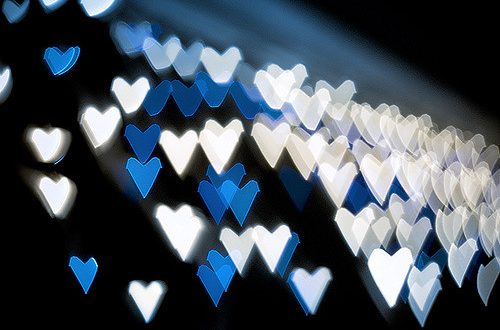 Last night was the longest night of the year, and the official beginning of winter. Though we saw the actual sun yesterday and felt its warmth, the moon decided to hide her face in a lunar eclipse, making last night the deepest darkness for 500 years! On the other hand, from this day on into 2017, a little more sun will greet us each day. The light is returning now.

At Salem Lutheran Church, we observed this night in a new way. Or, new to us anyway. We gathered for a service of Compline, or night time prayer, themed “Blue Christmas.” We sought to make space for those who experience this time of year as less than bright and merry and joyous. I really didn’t know what to expect. I chose to write this short article for FāVS because at several points during worship I could hear audible weeping. I saw tears fall from many faces. I felt the room exhale its grief and inhale the little warmth from handheld candles.

In a few days, many of us will gather to celebrate the Feast of the Nativity in more traditional ways: lessons, carols, pageants. From time to time I hear some churches say, “Happy birthday, Jesus!” While I get that, I think it covers up something fairly important for us to admit as Christians. We don’t actually know what day of the year Jesus was born. We have no idea. In truth, Dec. 25 is celebrated as the Feast of the Nativity because it used to be considered the longest day of the year. The ancients had the timing of the calendar and the cosmos a bit off back then. The solstice has been correctly moved to December 21, but Christmas remains on the 25th.

Why bother recognizing this?

Because our sanctuary was filled to the brim with tears last night.

What the early Christians intended for this feast was not to throw a birthday party for baby Jesus. Rather, placing the Feast of the Nativity on the winter solstice, the darkest day of the year, was an act of proclamation. God comes into our darkness. God comes into our deepest darkness. Our ancestors in faith wanted to tell the world that God, the maker of all the lights in the heavens and the keeper of the rolling seasons, chose to lovingly draw near to our broken world by way of a human birth when the darkness was deepest.

I think one of the reasons that worship became so raw last night is that we have lost this sense of the Feast of the Nativity. We have buried it in social obligations and mandated cheer. But for so many, the literal darkness of this month is accompanied by other kinds of deep darkness. The heavy weight of depression intensifies when light is scarce. Grief is compounded at a time when family gathers and loved ones are missing. All that we hoped for simply hasn’t come to pass, and it hurts.

The message of Christmas is not mandated joy or merriment. It is a call to feast. And we gather to feast not because we are happy. We feast because God sees fit to feed us. God seeks to be near to us, and continues to be born in the midst of all kinds of deep and scary darkness. God’s love for us does not fade or change with the seasons. It is deeper than the darkness of night, and brighter than the sun of late June.

It is this love that will hold us in sorrow and in joy, in despair and in hope, when we are blue or when we are cheerful. In all times and places, a feast of healing and strength is set out for us by God. Let us come and share it.

Previous Ask A Catholic: Adam and Eve’s Nakedness
Next Juggling faith and family when Christmas is on Sunday