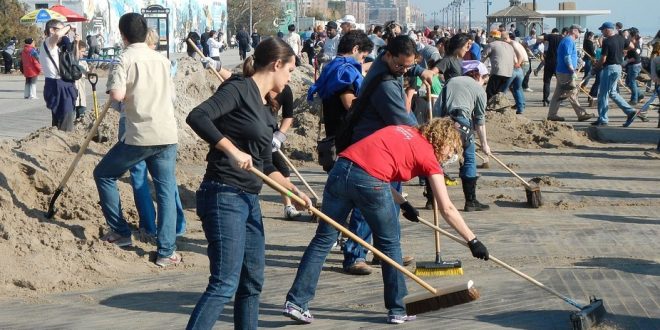 Why money is an impoverished metric of generosity

Philanthropy watchers such as Forbes, Business Insider and the Chronicle of Philanthropy regularly produce rankings of the most generous philanthropists in the United States.

On this basis, Bill Gates and Warren Buffett are often ranked at the top of currently active philanthropists, and John Rockefeller and Andrew Carnegie are often listed among the most generous Americans of all time.

Such lists all share a common methodology. They add up the amounts of the checks donors have written to charitable causes, and then rank them according to the total amount of money they have given away. While there are few things that we Americans like more than lists and money, such methods not only misrepresent giving but do so in a way that distorts our understanding of generosity.

I have taught ethics of philanthropy at Indiana University for 20 years, and one of the most important lessons my students and I have learned is this: Generosity isn’t just about the money. Indeed, I would argue that it is increasingly apparent that giving can take many worthy forms other than writing checks.

Money does not always benefit

Merely giving away money does not a benefactor make, and the beneficial impact of gifts cannot be assessed in terms of their monetary value.

For example, in the early 20th century, both the Rockefeller Foundation and the Carnegie Institution gave large amounts of money to fund eugenics programs designed to improve the genetic quality of the human population.

Though these benefactions were once regarded as visionary, today they are almost universally seen as anything but. In Nazi hands, such thinking led the extermination of large groups of people based on supposed genetic “inferiority.” Forced sterilization programs in the U.S. in the early 20th century employed a similar rationale. No matter how much money was given, it is impossible to call such donations generous.

True generosity, as I argue in my book “We Make A Life by What We Give,” involves more than handing out money.

In many cases, merely counting up the dollars tells us very little about the difference an act of generosity makes. Good people can be as generous with their time and talent as they are with their treasure, and it is possible to make a huge difference in the life of a person, a community or a society without giving away a cent.

Just look at the work of Mohandas Gandhi, Martin Luther King Jr. and Mother Teresa, none of whom enjoyed the financial wherewithal to give away large sums of money. Yet each is regarded as among 20th-century humanity’s greatest benefactors. Their generosity was expressed not in dollars but in words and actions that inspired the best in other human beings.

Money is only one of many different means by which generosity can express itself. One of the biggest problems with ranking the generous by the amounts of money they give away is the implicit suggestion that, when it comes to generosity, money is all that counts.

To whom was the money given, how and why?

Suppose, for example, that a beggar on the street asks a passerby for five dollars. Would giving the money be a good thing? We need to know more about the situation.

What will the beggar use the money for? Will it, for example, merely feed a drug habit that is only harming the addict, or will it be used for more meritorious purposes, such as buying food?

Some of my students sometimes argue that would-be donors cannot assume responsibility for making such judgments, because doing so sets them up as unqualified moral arbiters of human need, presuming to judge which cases are truly meritorious. In fact, however, as we discuss in class, such judgments are essential. Suppose, for example, that the beggar announced an intention to use the money to buy a weapon to commit murder.

Acts of generosity are more or less praiseworthy depending on whom the donor is helping, how such help is being rendered and why the donor is lending aid.

To take another familiar example, if my 10-year-old son asks me for five dollars, I cannot necessarily pat myself on the back merely for giving him the money. Nor would it be reasonable to assume that, because I gave him 50 or 500 dollars instead, I had necessarily done 10 or 100 times as much good.

Perhaps the most pernicious effect of ranking philanthropists according to the amounts of money they give away is its tendency to make people of lesser means feel philanthropically impotent or even irrelevant.

Faced with news of a billion-dollar gift, ordinary people might find themselves thinking that no gift of theirs would even register, and therefore give up trying.

To my mind, nothing could be further from the truth.

To reiterate, while people of great financial means are capable of giving away more money than people who live in poverty, there are important respects in which the world’s richest man is incapable of exhibiting greater generosity than the poorest of the poor.

Consider time, one of humanity’s most precious resources. Bill Gates and Warren Buffett may have the most money, but even their billions cannot buy them an extra minute of time in a day. The poorest man on earth starts each day with the exact same 24 hours as the world’s richest. And how we spend our time is no less important than how we spend our money.

In this sense, no one – not even the poorest person on earth – lacks the means to be generous.

Giving someone our undivided attention, providing a shoulder to lean or cry on, or sharing a kind word with someone – in each of these cases, ordinary citizens of the United States can do every bit as much as the wealthy to make a difference in someone else’s life.

Despite the weaknesses of a purely monetary metric of generosity, however, even leading academic philanthropy and nonprofit management programs – there are now over 300 colleges and universities that offer courses in these subjects – continue to focus largely on money. From my perspective, it seems that fundraising often looms so large in their curricular fields of view that other forms of giving are often almost completely blotted out.

Given the opportunity, though, many students quickly recognize the vital role that nonmonetary forms of generosity can play in enriching the lives of both donors and recipients.

It is probably foolish to dream of a day when we no longer presume to rank the generous by the amounts of the checks they write. But we can, in my view, take steps to minimize the harm such lists do to our understanding of the true meaning of generosity, a human excellence that should never be reduced to mere money.

Previous Ask A Religious Scientist: Do you believe in Heaven?
Next Gathering to take place in Spokane Friday in response to Dakota Access Pipeline