Home / Commentary / Why I’m Not A Proud American This Year 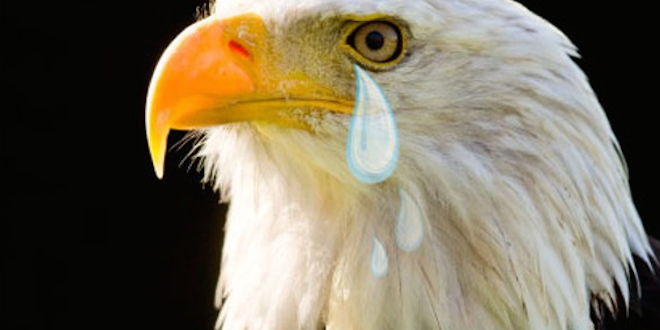 Why I’m Not A Proud American This Year

This is the first Fourth of July I’m not proud to be an American.

My father came here in the 1930s from Canada, an immigrant in a time when the ideal of the American dream of rags to riches still happened, and if you just work hard you could become rich. My father believed in that dream. He came from a poor, single-parent family in northern Canada as a young man in his early 20’s to California, worked hard and made a million. Do those stories still happen? I don’t think so. Now we look at the immigrant as the enemy trying to cross our borders and take our jobs. Donald Trump made ugly statements about immigrants that are hateful and hurtful, and this man is running for president! The fact that anyone in this country would vote for him is something I cannot understand.

This country was built by immigrants — all White Americans are immigrants! When whites got to this country they stole land, slaughtered the indigenous people, and called it progress. Now those same white immigrants have created a system based on enslaving people of color. Whites made laws that require native tribes to go to the white government and ask permission, please, to build a community center or casino or any other business they can think of to make money for their tribe, and the laws that we’ve instituted govern whether or not they’re allowed to build those things. That’s ridiculous! We ought to just give them back all the land they ever had, gratefully, and give them compensation on top of it.

Blacks were brought here in 1640 as slaves and kept enslaved for over 200 years. A war was fought to free the slaves, but after winning the Civil War, the government simply kept the blacks enslaved through economic means. The flag that the South flew, that loudest of all silent testimonials to racism, is still being flown over state houses in the new South…”new South” my eye! The South hasn’t changed its racist ways, and neither has the rest of America. Cleveland isn’t in the South and yet a 12-year-old boy was shot by police for playing with a toy gun in a neighborhood park. In 1965, civil rights legislation was passed but here we are, over 50 years later, still fighting for civil rights, watching innocent black people still being slaughtered in the streets because of their color.

America passed suffragette voting laws in 1920 to give women the right, and you’d think that  would’ve made us equal with men in this country, but still in 2015 women only make 73 percent of what a man makes doing the exact same job. That’s ridiculous.

I’ll be a proud American again when LGBTQIA Americans are fully accepted into society and when LGBTQIA kids get stop getting kicked out of their homes by their bigoted “Christian” parents, and forced to live in the park simply because of who they are and who they love.

I’ll be a proud American again when the majority mainstream religious voice that says all faith traditions are valid isn’t hushed into silence by the loud minority that preaches hell and damnation for anyone who doesn’t believe exactly like they do.

I’ll be a proud American again when every state in our country makes it harder to own a gun than a dog.

I’ll be a proud American again when no one has to hide their head in shame simply because of who they are, who they love, or what they believe.

I’ll be a proud American again when “freedom of speech” and the 2nd Amendment doesn’t look like this.

I’ll be a proud American again when our government spends as much to heal the broken bodies and souls of our veterans as it did to arm and train them.

Maybe next year I’ll be able to celebrate, but for this year I’m gonna go to the ballgame, have a hot dog, enjoy the fireworks, and cry when they sing the national anthem.

Previous Thanks for a great Coffee Talk Today on Faith and Education
Next Ask A Jew: What Jewish Communities are in Spokane?

To be secular in a personal sense means not governing ones life based on religious dogmas, even though one can appreciate their social sides.