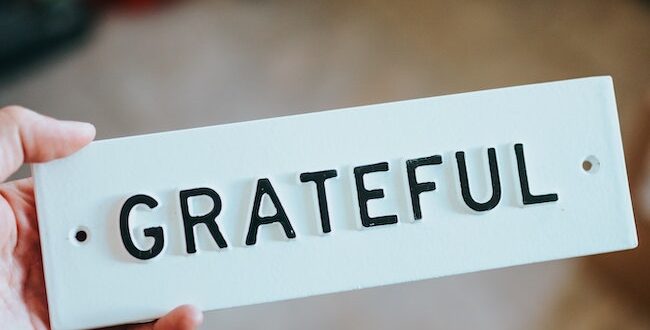 Photo by Nathan Dumlao on Unsplash

Why I do not pray

Why I do not pray

I am grateful. Really.

There was a health crisis in my extended family last week. For a few days, things did not look so good.

As the situation ricocheted around social media, dozens, maybe hundreds of people responded.

“My thoughts and prayers are with you.”

“Please pray for us,” from members of my own family.

I understand the almost reflexive reliance on prayer when crises engulf our lives. People deserve to find comfort how and where they can. If praying provides that comfort for people of faith, so much the better.

But I do not pray.

I have always appreciated people of faith who do not try to impose their beliefs on me. So, I would never, ever try to persuade anyone else to accept my beliefs. Atheists do not proselytize.

But it cannot hurt anyone to offer an explanation.

This is how the Oxford Dictionaries define prayer: “A solemn request for help or expression of thanks addressed to God or an object of worship.”

As an atheist, I do not believe in God, or any deity, for that matter. I do not think a “solemn request for help” from what I believe to be a non-existent deity can produce results sought by the supplicant. And if a prayer cannot produce results, it follows that prayers of thanks also have no meaning to people who believe as I do.

In the case of last week’s medical crisis, a religious person might well argue that the positive outcome was influenced by the outpouring of prayer. On the other hand, there were dozens of other patients dealing with the same medical problems at the same time and in similar circumstances and some of them died despite fervent prayers of their family and friends.

A person of faith, confronted with this reality, will suggest that the determination of life and death is all part of God’s plan. A non-believer looks at those opposite outcomes and asks, “What makes this baby worthy of life and that one marked for death? What makes this family worthy of joy and the other deserving of grief?” What master plan is truly at work here?

A person of faith will look at the great tragedies of this world – fires, floods, hurricanes, plane crashes, school shootings, terrorist attacks – and see some larger design.

A non-believer sees the universe acting in predictable ways based on fundamental physical laws. Determination of life and death, as a result, can be quite random until it overtakes all of us in the end.

Issues of life and death raise the prayer stakes. But what about less significant “requests for help” from the deity, a second sort of prayer? What about all those prayers undoubtedly voiced a week ago when the Mega Millions jackpot topped $1 billion? Millions of people prayed, but only one person won.

How about all those holiday prayers from un-naughty, nice children asking for a new bike, or the newest PlayStation? How about prayers for a better job or a better marriage? Prayers for a COVID shot?

People of faith insist prayer works because they have received the benefit, the prayed-for outcome. God has answered their plea. But when the benefit does not come or, worse, tragedy strikes, is it because someone did not pray hard enough, did not pray to the “right” god, or simply was not worthy in the eyes of the deity?

There is a third sort of prayer, a prayer not for a specific outcome or benefit but simply seeking comfort in the act, a form of spiritual meditation. That is prayer as ritual. My dear wife, Carla, a lapsed Catholic, falls in that category. I do, too, under certain circumstances. I have led Passover Seders, reciting the appropriate prayers. I have been known to recite the called upon prayers when lighting Hannukah candles. And I said Kaddish for my father. There is comfort and familiarity in the ritual even though I do not believe those prayers are a conduit to the almighty.

So, I understand the impulse and respect it. As I said, people should find comfort wherever and however they can.

As I watched the social media reaction to my family’s health crisis, I honestly struggled with my own response. Staying silent would have been unconscionable. I love my family and sincerely wanted to offer support, but without giving offense. Atheists are often outliers within their own families.

It would have been hypocritical to voice a prayer of support. I could and did offer my love, my concern for the family’s well-being. And I sent all the positive energy I could muster, believing that optimism can be a force multiplier, as Colin Powell once said.

In my family’s case, a person of faith might say that God responded to all those prayers and intervened. After all, the crisis was resolved. Life prevailed.

But a non-believer looks at the outcome and accepts some of that randomness in life while also thanking modern medical science for developing technologies that sometimes work to our benefit.

For that, I am sincerely, if not prayerfully, grateful.

[…] Informations on that Topic: spokanefavs.com/why-i-do-not-pray/ […]

UNDERSTANDING PRAYER: Why I Do Not Pray - SpokaneFāVS

[…] first made that point in a Feb. 9 FāVS column, substantial portions of which are repurposed here as part of the current FāVS series on […]

[…] have written twice this year about why I do not pray, first in February and then again in June, the most recent as part of the FāVS series on prayer. In those columns and […]