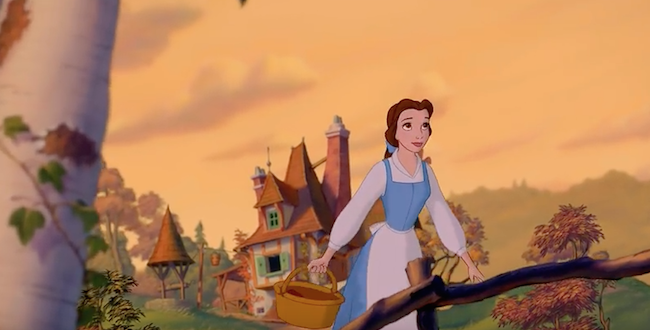 Why I can’t look to the Bible for women heroes

This week marked the International Women’s Day (March 8) and in many cases the Bible is a great place to go to look for examples of women characters. I have sat through many church services which told me of all the heroic actions of its female characters, and there is good information which supports the claim that, in its time, the Bible took a very supportive role of women. So I would love to do nothing more than highlight one of these examples to show how the Bible really does have heroic women in its pages, but I still find that I cannot in good conscience do this.

The reason for this is simple. For most Christians the Bible is the main tool used to oppress women today. In many churches women are not allowed to hold leadership positions. Most Christians do not recognize a woman’s right to her own body. And in some Christian denominations women are not  allowed to dress a certain way, and have to wear head coverings because their position before God is less than a man’s. When I was a part of the Evangelical world my family and I had to constantly battle the mindset for women that had permeated the social environment of our local churches that we attended. The idealization that a woman’s place was in the home, raising children, and cooking meals became a constant burden as we had to manage not only our basic survival needs, but also our hopes and dreams, and that a woman most certainly had the right to have a career and to also have her own defined role in society that she made for herself.

Women have to struggle with a lot of psychological pressure in today’s society. The constant bombardment of sexual attraction still continues to distort our culture’s idea of womanhood. And for the most part Christianity has not done its job in fighting the battle of the oppressed and disenfranchised. In many ways the Christian response to the cultures oppression of women is to simply provide another set of chains for them to carry.

This week something happened which confirmed for me that not only is Christianity losing its grip to influence our culture, but that it is losing its right to be an influence of society. Today, little girls need heroes more than ever to look up to and inspire them to think of themselves as more than a sexual object or a useful tool for a man, and next week a movie is about to be released which can inspire young girls to think of themselves in such a fashion. I remember watching “Beauty and the Beast” as a child, myself, and though it was different from the normal boy fare of “Voltron” and “Teenage Mutant Ninja Turtles,” I still was connected to the story.

“Beauty and the Beast” is one of the greatest achievements of Disney. It tells the story of one of its most empowered heroines. Belle is completely different than most of the other Disney princesses. The most important difference is that Belle is smart and intelligent. The first scene in the cartoon version of the movie is Belle walking through town reading a book while the town fumbles over itself trying to come to terms how such a beautiful girl could possess other qualities than trying to gain a man’s approval. The main conflict in the movie is between society’s idea of a perfect man, Gaston, and between the man who Belle has chosen to give her heart to, the Beast.

If Christians want to show their appreciation of women and give support to the cause of empowering women then the re-release of “Beauty and the Beast” ought to be one of the most looked forward to events of the year. Instead many Christians are boycotting this movie because of a gay character. It should be noted that the same character in the cartoon version was a womanizing Frenchman who had no concept of chastity or self-control. And that the re-release of this movie is still very much a PG film. But that is beside the point.