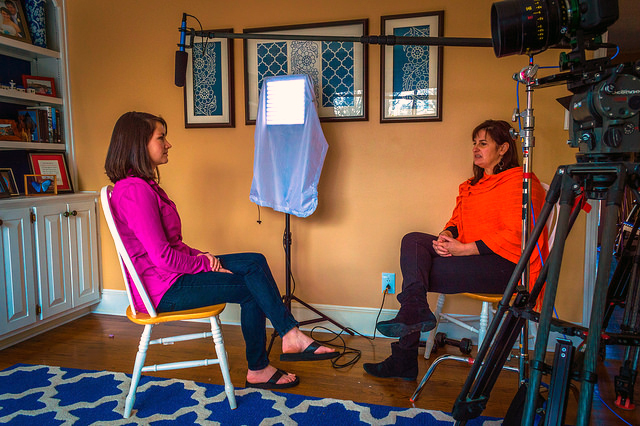 (RNS) The Evangelical Immigration Table commissioned the documentary “The Stranger” to foster evangelical support for immigration reform. Linda Midgett, a graduate of evangelical Wheaton College who produced the 40-minute film, told Religion News Service she hopes ongoing screenings across the country will build a groundswell of support for legislation. On Wednesday (July 9), President Obama urged Congress to quickly approve increased funding to deal with the crisis of immigrant children flooding across the border.

RNS’ interview with Midgett has been edited for length and clarity.

Q: Why have some evangelicals, who generally are politically conservative, shifted on immigration reform, which is largely seen as a liberal political issue?

A: I think that they’re shifting as they view this from the lens of Christ. I think it’s very difficult to look at Scripture and study it with an eye to what the Bible says about immigration and how we are to treat refugees and strangers and not find yourself supportive in some way of immigration reform. I think with the politics there is certain legislation that can be debated. I think there’s room for different ideas. But I think it’s difficult to look at Scripture and not come out feeling something needs to be done.

Q: So, in that way, they do seem to be bucking the trend, right?

A: They are bucking a trend and I think that’s a beautiful thing because they’re putting their faith before their politics.

Q: Do you have any sense about the role that evangelicals can play in what’s happening at the border now, with the Obama administration grappling with how to address the many mothers and young children trying to enter the U.S.?

A: My hope is that evangelicals will be a voice of compassion. It’s a complicated situation and I’m not sure what the answers are. What I find very disheartening are the protesters and the voices who seem to lack empathy in any way for these children who are in such difficult situations. I hope that evangelicals will step up and say we need to find a solution that is humane and balances respecting our laws, which are important, with caring for human beings and especially children, of all people.

Q: “The Stranger” portrays some immigrants as people who might not have converted had they not crossed over U.S. borders. Is that a key reason for evangelicals supporting immigration reform — converting others to evangelical Christianity?

A: I think we do, to the extent that we have to recognize that God is building his kingdom all around the world and part of the way that he does that is by moving people to new locations. I think sometimes as Americans we get a little protective of our piece of the world. We kind of want to sit tight right where we are and I don’t believe that that’s the way that God has moved through history. He moves people. He changes people. And we know that his purposes always entail bringing people into his kingdom.

Q: The film features a woman and her children who immigrated from Mexico but also features a Chinese woman and a white South African family. Why did you take that approach?

A: As a filmmaker, when I began researching this, I was frankly surprised myself at the diversity of people who are impacted by our immigration laws. I think that we are fed certain images time and again so maybe the Mexican woman with her children is more typical for us to see.

Q: Your previous work includes “The Line,” for Sojourners, which was about poverty. Do you think films are a key way to convert people, so to speak, from one view to another on tough issues like immigration or like poverty?

A: Absolutely. With “The Line,” I think that the film has been very effective at breaking down stereotypes that people have about poor people. I’ve chosen in both films not to use narration because I really have wanted people’s stories to come through because I feel like when an audience can hear another human being share their story, that story is what often changes their mind on the issue because they can connect with another human being.

Previous What makes God smile?
Next Some of our best and brightest are also among our hungriest