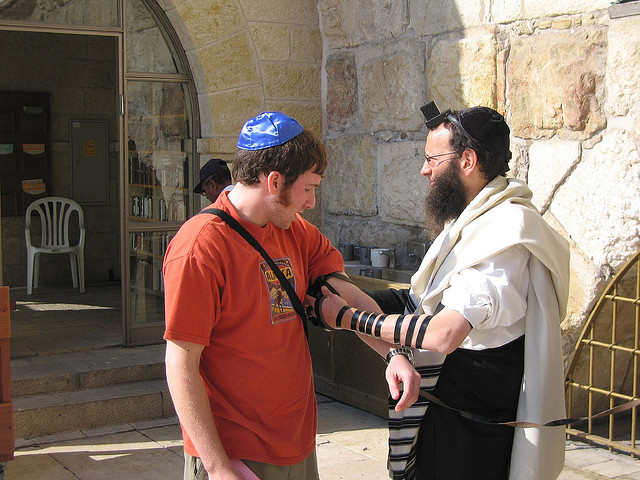 Who will keep the candles burning? Millennials and the evolution of Judaism 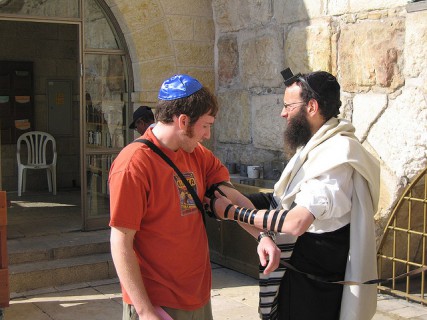 According to Jewish Virtual Library, the world contains roughly 13.7 million Jews. An estimated 5.4 million of these live in the United States, making up just 1.74 percent of the country’s population. Even in the nation with the second-largest Jewish population (after Israel), we are a small minority. In light of this, the task of engaging millennials—- people who are currently 13 to 30 years old — can appear crucial to the very survival of Judaism.

At the old age of 34, I don’t qualify as a millennial. Yet my personal experience of what makes Judaism engaging suggests that teens and young adults want to craft their own Jewish experience. I lived at the Ravenna Kibbutz, a Jewish intentional community in Seattle, from 2008 to 2010. It wasn’t synagogue affiliated; we the residents, with help from our many regular guests, were the motor behind the Shabbat dinners, holiday celebrations, and other events we hosted.

Such a grassroots approach can be hard to maintain on a larger scale. Yet even at big college campuses, Jewish organizations aren’t just trying to give millennials what they want. They’re inviting young people to design and implement the events that shape their Jewish community.

I spoke with several Jewish Spokanites about the challenges and opportunities related to engaging millennials. Temple Beth Shalom Board President Jennifer Bortz called it “a pickle of a subject for Spokane.” As she pointed out, not only are Jews a tiny minority in Spokane, Jewish millennials make up an even tinier sliver of Spokane’s Jewish population. How do you engage a population that can seem almost nonexistent?

Bortz was one of the local Jews who helped get Spokane Chai, a social group for Jewish young adults, off the ground two years ago. Bortz told me that she and the other members of Temple Beth Shalom who started Spokane Chai “made sure that it was a Jewishly nondenominational endeavor, because not only are the Jewish millennials here few, but (they) seem to prefer not to identify with a movement.”

Since the group’s first event, in late 2011, members of Spokane’s Reform congregation, Emanu-El, have participated in Spokane Chai events alongside members of the Conservative Temple Beth Shalom. Now, perhaps not coincidentally, the congregations are exploring ways to foster connection between their non-millennial members as well.

I also spoke with Rabbi Tamar Malino of Congregation Emanu-El about how Jewish leaders and groups can engage millennials. (Full disclosure: I’m on the board at Emanu-El.) The rabbi pointed out that in the past, American Jews — young adults included — felt a strong sense of duty to carry Jewish tradition into the future. Part of this feeling, she observed, may have come from the virulent anti-Semitism that still pervaded the U.S. (and the world) in the first half of the 20th century.

During the second half of that century, Rabbi Malino noted, the obligation largely shifted from religious to cultural — still a sense of duty, but one that didn’t feel as urgent. Today, the rabbi observed, American Jewish organizations have a relatively new question to wrestle with: What would make young Jewish adults choose to be Jewish?

Upon hearing the rabbi emphasize choice, I thought of the preferred Jewish term for converts: “Jews by choice.” Maybe all Jewish millennials should be considered Jews by choice. This sounds exciting: a generation reshaping Judaism to meet the needs of the present! At the same time, I can see how this prospect might terrify old-school Jewish organizations that aren’t sure how to “sell” Judaism to millennials.

Aaron Press Taylor, a 27-year-old resident of Spokane, grew up in New Jersey. Judaism was everywhere when he was growing up; people you encountered as you went about your day often just happened to be Jewish. Taylor moved to Spokane when he was 14 years old but attended college in New York. He described creativity, music, and “a certain kind of intellectual rigor” as the aspects of Jewish life that most appeal to him.

In New York Taylor was involved with Limmud, a pluralistic Jewish learning community. He told me that participants in Limmud events ranged from secular to highly observant. More to the point, its activities attracted people of all ages. Another organization that models this approach is the well-loved and far-reaching Jewish environmentalist group Hazon. Does the future of American Judaism look a bit like Limmud and Hazon: inclusive, globally minded, and focused — in the words of Hazon’s website — on taking “a lively approach to Jewish learning”?

Quite possibly. Taylor described today’s progressive Jews as “globally curious” and noted that a number of Spokane’s “big machers” (movers and shakers in the Jewish community) left town as young adults, perhaps to explore life in a bigger, more Jewish city. Some returned once they hit middle age and wanted, once again, to be close to family in Spokane. That may at least partially explain the lack of Jewish millennials in the Lilac City.

Taylor has lived in Spokane for the last three years. He likes it here, and he appreciates the Jewish community, but he feels “drawn elsewhere.” Taylor added that he feels an obligation to remain Jewishly engaged and to create a Jewish home. I don’t know him well, but I sense that he both adheres to and departs from the conventional wisdom about his generation of American Jews. No one’s a walking stereotype, of course, but I still think it’s useful to talk with a Jewish millennial about his Judaism and remember that demographics and trends tell us only so much.

Some who care deeply about Jewish tradition will inevitably worry about its future. But American Judaism in 2013 looks tremendously different than it did 1913, so we’d be foolish to think it will look the same in 100 years — or even 50, or 25 — as it does now. Maybe we should put our energy into preserving those aspects of Judaism that matter most to us, and trust that the vital roots of this 4,000-year-old faith will do the rest.

Join us for our next Coffee Talk at 10 a.m., Saturday at Revel 77 Coffee for a discussion on “Engaging Millennials.” Schindler is a panelist.

[…] those born between 1914 and 1927, in stark contrast, 93 percent identified as religious. As I wrote last month, it is possible that each new generation of American Jews has felt less obligated to preserve […]