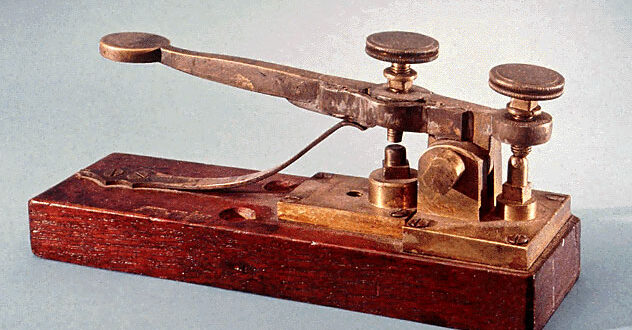 Who Was The Bab? Why It Matters.

Who Was The Bab? Why It Matters.

This past weekend I joined millions of fellow Baha’is in observing one of our principal holy days, the Declaration of the Bab. Baha’is consider the Bab a “manifestation of God,” one of many throughout history, including Abraham, Moses, Jesus, Muhammad, and others – all founders of world religions. “Bab” is an Arabic title meaning “Gate.”

The Bab’s role was to prepare the way for another manifestation of God, Baha’u’llah, just as earlier prophets promised their followers future manifestations to renew and revitalize God’s never-ending guidance. Moses taught Jews to seek the Messiah; Christ promised a Spirit of Truth to guide followers “unto all truth.” Similar promises are found in scriptures of most religions. Baha’is believe the Bab’s promise was fulfilled in Baha’u’llah.

The Bab’s declaration was made on the night of May 23, 1844, in Shiraz, Persia, to a young man who was actively seeking him. Books have been written about that evening and the events leading up to it. Similar events have transformed the course of civilization.  Major religions, despite unlikely beginnings, have influenced spiritual development and social progress of humankind, guiding the development of civilization. Generations are beginning to recognize May 23, 1844, as the dawn of a new era of human civilization.

Social ferment in the 19th century

Scientific and philosophical ideas of 18th century Enlightenment generated questions about God in the 19th century. These often led to religious and political instabilities,  as well as generating a worldwide movement of evangelical fervor and expectation. It brought the “birth of a liberal and socially aware version of Christianity uniting Enlightenment values with American activism.” New churches arose: Shakers, Latter-Day Saints, Millerites, Adventists, Christian Scientists, and others. From Germany, a group of Templars settled at the foot of Mt. Carmel in Haifa, Israel, with a millennial expectation expressed by “Der Herr ist nahe” — “The Lord is nigh.” Similar movements were reported in India.

In Persia, on that May 23rd evening, the young scholar Mullah Husayn, sought the Promised One of Shia Islam. His search was rewarded when the Bab revealed he was that Promised One who was to usher in the fulfillment of former religious teachings. That latter movement, founded by Baha’u’llah, is today known as the Baha’i Faith.

Close examination of the origins of religions reveals just how unlikely it was that any one of them should succeed. For example, in Judaism, Moses, born a slave in Egypt, survived Pharaoh’s edict sentencing male Israelite children to death. He was taken by Pharaoh’s daughter and raised in the royal household. As an adult, he killed an Egyptian who was beating an Israelite and fled to the desert. The miracle of Moses is not parting the Red Sea, nor receiving the Ten Commandments, nor hearing the voice from the burning bush. The greatest miracle is that, millennia later, the faith arising from Moses’s improbable leadership is alive and well.

Tradition agrees that Jesus, born of a virgin, performed miracles, was crucified, and rose from the dead. But his greatest legacy is the enduring miracle of his love. In the Sermon on the Mount and in his parables, Jesus taught love for fellow humans. Two thousand years later millions of Christians struggle to follow his teachings.

Muhammad, an unlettered camel driver and merchant, began having visions around age 40. The Angel Gabriel dictated to him words that became the Quran, the book sacred to Muslims throughout the world. The fact of Muhammad’s worldwide influence today belies the unlikelihood of Islam’s humble beginnings.

The teachings of Moses, Christ, and Muhammad all relate back to Abraham, founder of Judaism, in a series of religious renewals. Each prophet validates earlier prophets and expands on guidance given by them.  The basic principles of life, encapsulated in the Golden Rule, are common to virtually every religion.

In addition to spiritual and intellectual stirrings, the 19th century saw the efflorescence of the industrial revolution. Scientific knowledge and technology exploded. One of the most important advances was the invention of the telegraph, mother of all electronic communication. Today communication permeates everything we do. We “speak” electronically with friends, enemies, even Mars and beyond. Electronic communication is a medium for good or evil, war or peace. And it all began with the telegraph.  How we use these electronic resources matters. Will our choices result in the betterment of the world, or in its destruction?

All this started on the day after the Declaration of the Bab, on May 24, 1844. From the Capitol in Washington, D.C., to a railroad depot in Baltimore, Samuel Morse sent history’s first telegraph message. It was a Biblical quotation from Numbers 23:23. It asked then, as can be asked now, “What hath God wrought?”