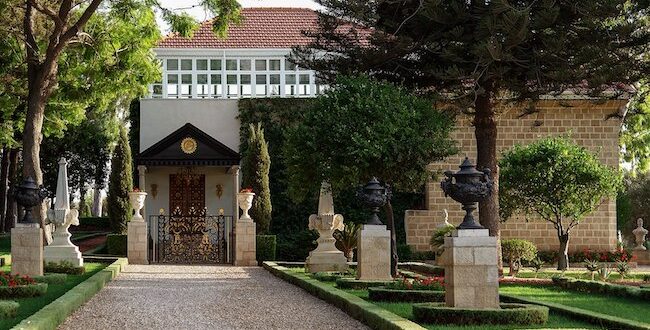 Baha’u’llah (1817-1892), Prophet-Founder of the Baha’i Faith, was born into a noble family in Tehran, Persia (now Iran). His given name was Mirza Husayn-Ali, but he later adopted the title Baha’u’llah, in Arabic, “Glory of God.”

As the son of a minister at the court of the Shah, Mirza Husayn-Ali enjoyed the advantages of a nobleman, but he chose not to follow his father into government service. He instead devoted his energies to care of the poor.

As a young man he became a follower of the Bab,“Gate” in Arabic, who proclaimed the need for spiritual and moral reformation. The Bab was executed six years after his proclamation, but not before promising the advent of one greater than himself, “who would usher in the age of peace and justice promised in all the world’s religions.” Baha’is believe Baha’u’llah was the fulfillment of that promise.

The mantle of prophethood

In 1852, because of his beliefs, Mirza Husayn-Ali was incarcerated, chained to thieves and murderers, in a notorious subterranean dungeon called the “Black Pit.” Within those dank, pestilential confines he received his intimation that he was the one promised by the Bab. After four months underground, following intercession on his behalf by the Russian minister, he was released, but immediately banished from his native Persia. While imprisoned, Baha’u’llah had lost everything. His great wealth had been stolen, his properties confiscated or destroyed. Nothing remained.

Upon his release, the government provided a subsistence pension and sent Baha’u’llah and his family into exile in Bagdad via a two-month journey through mountains in the dead of winter. Beginning with the Black Pit in 1852 until his death in 1892, Baha’u’llah remained a prisoner and exile.

Baha’u’llah’s revelation was written in his own hand or dictated to an amanuensis, similar to the way Muhammad dictated his revelation. Before releasing a transcription, Baha’u’llah corrected any recording errors. These authentic tablets and books in Persian and Arabic number more than 15,000. Scholars knowing Persian and Arabic can study photocopies of the preserved originals to better understand the revelation.

Baha’u’llah’s revelation is unprecedented. Within his voluminous writing he describes how he has fulfilled prophecies in all the world’s religions. He confirms and validates prophets preceding him and promises many more within the next 5,000 centuries, but none before 1,000 years have passed since his own revelation.

Specifically, Baha’u’llah fulfills prophetic biblical traditions from the Old Testament prophets of Abraham, Moses, and others. He is the “Spirit of truth” promised by Christ in the New Testament. He reiterates the continuation of Abrahamic traditions as revealed in Muhammad’s Quran. He also fulfills prophecies found in Hinduism, Buddhism, Zoroastrianism, as well as those in indigenous religions around the world. Most significantly, Baha’u’llah fulfills the promise of the Bab as the one to “usher in the age of peace and justice promised in all the world’s religions.”

Future columns will discuss many of Baha’u’llah’s teachings in depth, illustrating why they provide direction toward which humanity can work to achieve a peaceful, productive, sustainable global civilization. One doesn’t have to be a Baha’i to implement this guidance, to incorporate these ideals into one’s own life while working toward the betterment of civilization at large. In the final analysis, it all starts with the individual and the belief system she or he espouses.

Using the writings of Baha’u’llah, the Bahai International Community works with the United Nations[5], and with individual governments, humanitarian organizations, and followers of other religions to build a more equitable world. These writings provide a positive, optimistic direction for governing human affairs in ways that simultaneously incorporate and transcend current models of religious or secular governance.

During his lifetime, Baha’u’llah wrote to kings, rulers, and religious leaders throughout the world. Who would listen to, much less heed, a political prisoner, an exile under a life sentence in a desolate corner of the Ottoman Empire?

His admonitions went unheeded by contemporary world leaders, yet his followers now work with like-minded representatives from governments and religions to build a better world. Baha’u’llah’s guidance integrates with humanitarian-focused efforts from other beliefs and political systems toward creating a just, equitable global civilization that begins to illustrate his observation that “The earth is but one country, and mankind its citizens.”

Global studies and statistics reveal that the world is, indeed, getting better and more peaceful. That’s why Baha’u’llah’s teachings matter.

Tags bahai who was bah'u'llah

Previous Christmas Spirit isn’t about things, it’s about memories and kindness
Next An End to Anger