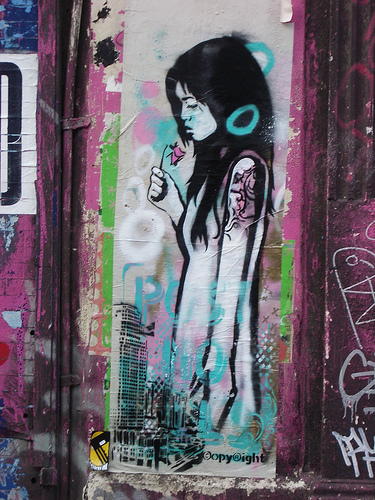 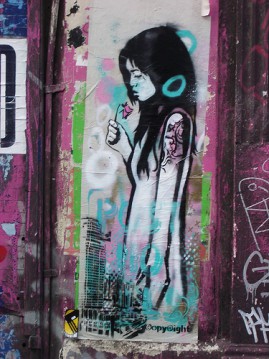 I’ve had some great therapists over the years, and that’s almost reason enough to have endured the things that made me seek out therapy. One of my therapists said, “Where you feel anger towards another person, there is still a desire for a relationship. If there’s indifference, the relationship is done.” At the time, we were talking about my brother, but this axiom has often applied to my relationship with God.

As a child, I was taught that God was all-knowing, all-loving and all-powerful. However, even when I was a child, I could not understand how a loving God would fail to intervene in human suffering. This was the 1980’s, and there were pictures of starving African children all over the news:  how could God abide that and do nothing?

Often during my childhood, however, my most pressing question was, “Why are my older brothers so mean to me?” because that was my daily lived reality. I did wonder, “why do people suffer?” as children who are taught to be compassionate do. But I also was taught to hate a person was the same thing as murdering them. This really troubled me: I hated my brothers, because they were mean to me, but I didn’t want to be a murderer. What I really wanted was for them to be kind to me, and I couldn’t figure out how to influence their behavior in that way. This was my childhood theological dilemma.

One of Bart Ehrman’s books, which explores the biblical responses to suffering, is called, “God’s Problem: How the Bible Fails to Answer Our Most Important Question – Why We Suffer.” In it, he explains the classic question of human suffering:  the concept of theodicy, as posited by Wilhelm Leibnitz:

“The term is made up to two Greek words: theos, which means “God,” and dikē, which means “justice.”  Theodicy, in other words, refers to the problem of how God can be “just” or “righteous” given the fact that there is so much suffering in the world that he allegedly created and is sovereign over.

As philosophers and theologians have discussed theodicy over the years, they have devised a kind of logical problem that needs to be solved to explain suffering in the world.  This problem involves three assertions that all appear to be true, but if true appear to contradict one another. The assertions are these: God is all powerful. God is all loving. There is suffering.”

What, then, is a young, aspiring theologian to do, then, having been taught, by a strict religious tradition, that God is all-knowing, all-loving, all-powerful, although these attributes contradict her lived experience and desires to be treated with kindness? The only answer that preserves all the tension, while allowing the church to retain authority, is as follows:  “It’s a mystery. God’s will is a mystery. We can’t know the mind of God, what is good or bad. Oh, and don’t question God’s will, because that’s not allowed.” This answer, theologically in line with church dogma, does not allow for conversation about why people suffer. People suffer because it’s God’s will: deal with it, and don’t question God’s will, or else.

These are the religious/theological concepts I was working with when I started therapy for child sexual abuse. I could almost talk myself into believing that I had been sexually abused because that was God’s will for me. But I didn’t believe that God had a cruel nature, or that anyone deserved to suffer that much. My therapist had her master's in social work and was an ordained Episcopalian priest, a woman priest.

She walked me through the stages of grief: denial, anger, bargaining, depression and acceptance. I’m focusing in on anger here, because that’s what the homework was. I was angry at God: I was furious at God. Who fault, was it, precisely, that I had been sexually abused: My mother? My father? My older brothers? My family? My faith community? The president? God? I was angry at each in turn, and found fault in each. My mother left me in the hands of someone untrustworthy. My father, also.  My brothers were there: the person who molested me was a babysitter, and it was a “game” that we played, whenever he came over. My faith community provided no place for me to talk about these things, no names for what was happening to me.  The president gets blamed for a lot of things.

But God: Oh God, the so-called Benevolent Creator or the Universe and Watcher-Over of All Little Girls and People to Whom Bad Things are Happening! Oh, I could blame God. I did, for quite a while.

The desire for relationship was still there.

There’s a reason why healing is called a process, or a journey: you start one place and end up in a different one. My journey had some very unpleasant stops — but if I’d been told by my therapist, that I couldn’t question that experience, or lament that experience, or say that that experience shouldn’t have happened, or that I wasn’t allowed to feel those feelings, it would have been so much worse. If I’d been given a handful of platitudes like “God’s will is mysterious,” “No one knows why we suffer,” I might never have healed.

I went to seminary, for some reason, after that. It seemed like the next step. My first week of classes was Sept. 11, 2001, a mere 22 days after moving to New York City. I met with the seminary pastor to process some of what was going on, and she shared that the first thing she thought when she saw me, all the way across the quad, before we’d even met, was, “Who hurt her?” I was carrying that woundedness in a way that she could see.

A while later, perhaps years, I realized I wasn’t mad at God anymore. It surprised me, actually. I think I’d been introduced to the Eastern deity, the Avalokiteshvara: She Who Hears the Cries of the World. This concept of an all-compassionate God made a lot of sense to me.  I worked with this symbol, this image of God, for a long time.

I’ve worked with another therapist who says that, “Underneath fear is always anger. Underneath anger is always fear. They are the same emotion.” When I expressed anger about something, she would ask me, “What are you afraid of?” When I seemed afraid about something, she would ask me if I was angry. Sometimes this concept works for me, and sometimes it doesn’t.

In this case, when I was angry at God, I was so afraid that all the things they (meaning the people who taught my catechism) said were right: that God was all-powerful, but powerless to stop bad things from happening to me (that maybe there was something wrong with me — maybe it was true that I wasn’t good enough to save from harm); that God was all-knowing, even all the bad thoughts and feelings; and that God was all-condemning, for those reasons that God knew what you were thinking and doing, and God was utterly lacking in compassion.

With much help, I have decided these attributes no longer describe God. I’d rather think of God as all-compassionate, and perhaps a little powerless, than cruel. I’d rather hear a lament from God about how people treat each other so horribly, than hear some preacher-type tell me that it’s God’s will that I suffer, because it will make me a better person, or because Christ suffered, so I should suffer as well to be worthy of his sacrifice.

Who God is, and how God operates in the world — these are questions that are still worth exploring.

In times of calamity it's easy to become angry with God. How do you process your faith in times of tragedy? This will be the topic of our next Coffee Talk, which will be at 10 a.m., May 4 at Coeur Coffehouse. Martin is a panelist.