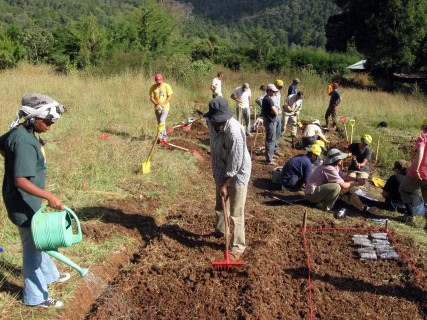 The first week in March is recognized as Peace Corps Week to commemorate the signing of President John F. Kennedy's executive order establishing the federal agency on March 1, 1961.

Peace Corps Regional Representative and Whitworth alumna Erin Erickson, who served in the Republic of Moldova, will be at the event to share information about opportunities available with the Peace Corps, the benefits of serving with the agency and tips to guide potential volunteers through the application process.

Today, 9,095 volunteers are working with local communities in 75 host countries. Peace Corps volunteers must be U.S. citizens and at least 18 years of age. Peace Corps service is a 27-month commitment and the agency's mission is to promote world peace and friendship and a better understanding between Americans and people of other countries.