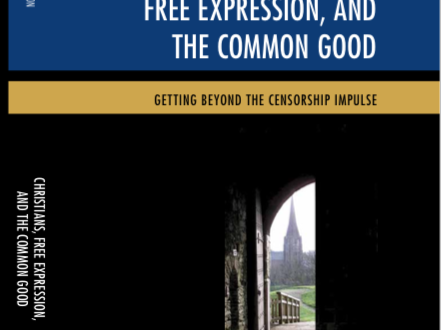 Christians in Western society should care more than they do about the issue of free speech. At least, that is what Whitworth University communications professor Gordon Jackson thinks, and argues as his main premise in his new book, “Christians, Free Expression, and the Common Good: Getting Beyond the Censorship Impulse.”

The first chapter of the book is dedicated to why free speech should be important to Christians, with following chapters touching on the theology of free speech to how to respond in a Christian manner to issues of free speech.

Jackson said his new book is relevant to the world today because “Christians disagree badly in their own ranks and in the community about free speech.” Recent events such as the shooting at Charlie Hebdo have particular relevance to this topic and since writing the book Jackson has updated particular chapters to address current events going on around the world.

He says that Christians first impulse when it comes to something in the public they don’t like, such as the release of a new book or television show that they find inappropriate, is to censor. Jackson says censorship is not bad in all forms, but that “we need to learn how to keep it to minimum.”

Although the book is directed at the Christian community, Jackson says that the book could be appealing to non-Christians because it will help them see that thoughtful Christians are concerned with other options and want to engage in discussion, also because “it is helpful to see the ideas of Christians.”

Jackson wants readers to walk away after reading his book and think more carefully about censorship, and hopefully “see that not all Christians are right-wing nuts.”

“Christians, Free Expression, and the Common Good” is expected to be released in late April, and will only be printed in hardback form. The book will costs around $85, as will be used mostly as a reference material in libraries.

Jackson has written other books, and is currently doing research for a third, although he wants to keep the content under wraps for now, he said.

Originally from South Africa, Jackson came to the United States in the 1970’s to obtain his master’s and doctorate degrees. His upbringing during South Africa’s apartheid has greatly influenced his drive to get people to realize the importance of free speech, he said. He has taught at Whitworth for 32 years, and will be retiring this May.

Previous Why God Not Goddess? Part 3
Next Why Spokane Transit Matters To Me