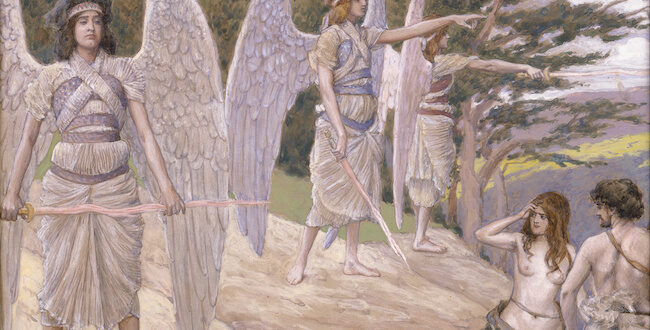 Which Explains Our Culture Best: Evolution or Creationism?

Racism exists in our world; another war could be just around the corner; violence breaks out in our cities and invades our homes; thousands die daily in the world of starvation; people say and do hurtful things, often at very young ages; and the future looks bleak for many on the planet.  How can this be?

Mankind’s very existence is attributed to only two main processes that I’m aware of – evolution or creationism – and I think one of them better explains the predicament we find ourselves in today…Creationism.

A key component of evolution is survival of the fittest, and based on some estimates, the modern form of humans have been engaged in the process for over 200,000 years. During that time, how many negative human characteristics have we eliminated from our culture? I don’t know that anyone has been keeping track, but a look at human behavior today indicates probably all of them are still with us.

The Smartest Life form on earth

Animal species are successful, due in part, to their ability to eliminate negative behaviors and adopt conduct that contributes to the healthy growth of their group. Yet science tells us, mankind is the smartest form of life on earth and you don’t see that type of modifying behavior on a wide scale among our species.

Creatures in the wild can be violent but most often that is part of their survival process. A grizzly bear kills another animal, but not out of road rage. It’s one of the bear’s menu items and keeps the breed alive and thriving.  When we see violence in humanity, it’s often for selfish reasons.  It just seems that we’d be farther along than we are if we had become living creatures through the evolutionary process.

Creationism is different. According to the Bible, mankind was created by God as a creature with a never-ending life. Just imaging the ramification of that fact. If the plan had worked, billions of people would still be alive; both those who died of ‘old age’ or disease, and those who never came to take their first breath.

If the biblical story is true and accurately recorded, man screwed up the plan by following his own path and not sticking to God’s direction. There was a tree in the Garden of Eden that produced yummy looking fruit, and Eve, with the devil’s help, convinced Adam that God didn’t ‘outlaw’ it for any harmful reason, but rather by eating it, humans would become more like God.

Adam thought about it, for all of probably half of a second, grabbed the fruit and took a bite. Death, and every negative human characteristic we experience today, was ushered in, and took center stage in the lives of Adam, his wife, their children, and the rest of humanity born through their, now tainted, genes.

Without being obligated to mitigate the negative effects of man’s initial sin, I look at the progress made by humankind as strong evidence of God’s unmerited favor toward His creation. Humanity has accomplished great things over the years, and, even amid a world of sorrow and pain, there are still innumerable instances of joy beyond measure, which could be the result of God coming to the ‘rescue’ of His world.

But there is also a long list of human character traits that are negative and I don’t think anyone would disagree with that.

It seems to me that a ‘perfect’ mankind might have seen potential routes that could have led to some of the human hurting behaviors so common in our society, but they would have recognized the down sides and refused to head down that path.

And that’s why I think the ‘fallen man’ version of the biblical account of creationism, more accurately describes the mess our culture finds itself in today.