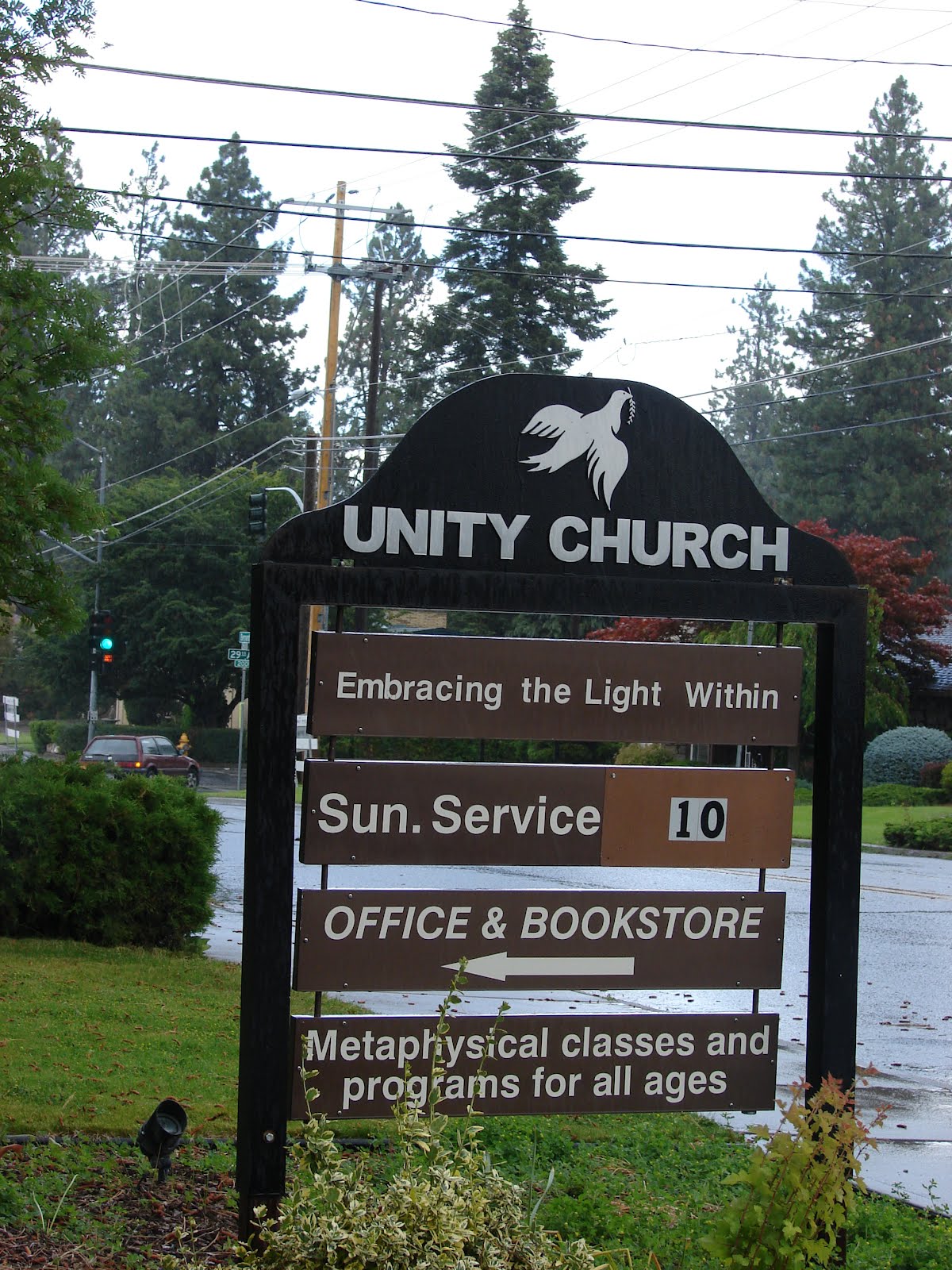 Where We Worship: Unity Church accepts many faith paths

The congregation of Unity Church Spokane will soon celebrate its 100th anniversary.

“This congregation, although it hasn’t been Unity the whole time … has been here since 1913,” said the Rev. Clare Austen. “It has been a metaphysical church, and in 1955, this congregation voted to become part of the (Unity) movement.”

Through this movement, Austen said the church accepted many faith paths, many ways to God and many ways to understand God.

“We don’t believe Christianity is the only way,” she said. “ … We offer the metaphysical point of view that I think a lot of people are really hungry for. A lot of traditional Christianity is dying. It is no longer viable.”

The Unity Spokane church is home to meditation, prayer, youth, theater, men, women, spiritual and miracle groups, and opens the doors to its facilities to many community organizations as well.

Unity Church Spokane member Joan Broeckling along with her husband, Hank, co-leads One Peace Many Paths (OPMP), a group that sponsors peace events throughout the year.

“(OPMP) started as the Peace Team at Unity and then we expanded, so we’re more of a community organization,” Broeckling said. “Unity is still a major supporter and at least half of us are from Unity.”

“Peace is our primary focus,” she said. “ We are inspired by Unity teachings, but our emphasis is learning how to be peaceful within. We’re called OPMP from an interfaith aspect but also from the idea that there are many ways to get to peace and many ways to express peace.”

Last September, OPMP hosted an interfaith service that represented 12 different faiths, including Unitarian and Buddhist while Broeckling said the group plans to host “Peace Conversation Cafe” this September with dialogue for community members of all faiths.

“When you are open to people being diverse — trying to be authentic — it’s hard sometimes,” Austen said. “We all learn from each other.”

While learning about others, Austen said Unity lessons assist the 200 congregation members with their own self discovery.

“We don’t know how to be authentic human beings (sometimes),” Austen said. “We feel like we try to gear all of our classes and all of our teachings (to discovering that).”

Broeckling said this discovery includes learning about the capacity for love and light within.

“That’s one of the things that Unity just nurtures and encourages us to own and understand and live,” Broeckling said. “That is really the heart of peace … (When we’re) centered in the light and in that love, then peace is that natural result.”

Apart from inner discovery, Austen said many Unity members like to reach out to the community.

A youth outreach group annually buys shoes and socks for low-income preschools. Other groups offer help in Crosswalk, an emergency shelter for homeless teens. Wednesday night dinners have become a regular at the church with a Weight Watchers support group, meditation and spiritual teachings. This August, the church is preparing for its annual diversity celebration.

“Unity really believes that we have the presence of God within us, and that life — our spiritual path — is about discovering and really empowering ourselves and that potential that’s within us,” Austen said. “I think of all the people that I’ve known — and I’ve been in Unity almost 40 years — these people have empowered me to see myself differently.”