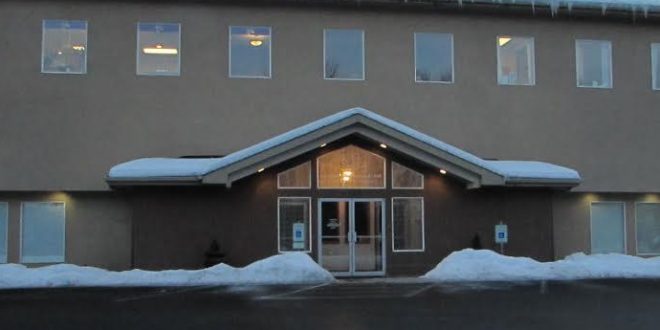 Where We Worship: SGI Spokane, Buddhism in action

Since Nov. 2013 the ringing of bells and chants of “Nam Myoho Renge Kyo” have rung out from the Soka Gakkai International (SGI) Spokane Buddhist Center, located at 1717 W 6th Ave in Spokane.

Soka Gakkai, which means “Society for the Creation of Value,” is a unique form of Buddhism focusing on world peace, education and culture, without the classic Buddhist priesthood. One member at SGI summed it up, “Probably the best way to distinguish our Buddhism from other Buddhist sects is that we’re ‘engaged Buddhists,’ never separating ourselves from the realities of everyday life.  We strive to apply Buddhist values by living with confidence, creating value under any circumstance and actively contributing to the well-being of family, friends and community.”

Their mantra, “Nam Myoho Renge Kyo,” can be translated as “Devotion to the Mystic Law of the Lotus Sutra.” The words are a way for chanters to focus on the positive aspects of life as well as on the success and happiness of the practitioners and those around them. By doing this members not only increase happiness within themselves, but also notice a positive impact on the environment and individuals around them.

Founded in 1975, SGI builds upon the religious tradition of Soka Gakkai which began in 1930 and focuses on happiness in the current life; it in turn is based on the teachings of Nichiren, a 13th century Japanese monk.

The group’s main goals consist of spreading the message of Soka Gakkai in pursuit of “Kosen Rufu,” which means to “widely declare.” In this context Kosen Rufu not only means spreading the message, but also exposing the world to the peace and happiness that can be gained through recognition of “Nam Myoho Renge Kyo” and the awakening of the “Buddha spirit” in each of us to bring out the wisdom, courage and compassion inherent in all our lives.

The local chapter of SGI has around 250 members spread across eastern Washington, Idaho and even Montana.  Monthly meetings are held in person as well as by broadcast and recorded telephone conference calls. This allows members who live in remote areas or who are affected by adverse weather conditions to take part in the meetings, strengthening the SGI community.

While “formal” introductory meetings are only held once per month, visitors are welcome to stop by the center anytime they’re open: Tuesday and Wednesday evenings and weekends.

If you would like your church featured in the SpokaneFAVS Where We Worship series, email TracySimmons@SpokaneFAVS.com.

Justin Felts was born in Sandpoint, Idaho and has spent most of his life in the Pacific Northwest. Very fond of travelling, he has visited
20 U.S. states as well as four foreign countries. Currently majoring in Anthropology with minors in both Journalism and Religious
Studies at Eastern Washington University, Justin spends his free time reading, playing video games, and dabbling in photography.

Previous Spokane bishop says refugees should be welcome
Next Fear or love?