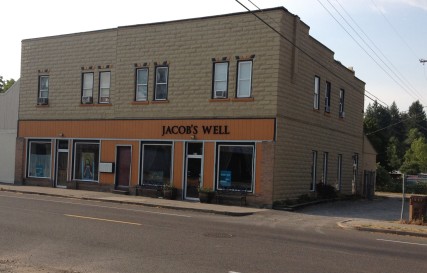 Where We Worship: Jacob’s Well, serving its neighborhood

Jacob’s Well also hosts small groups during the week and offers Vacation Bible School, camps, and  a Community Garden. The Community Garden has been behind the church for the past six years and is taken care of by rotations of different cultures within the congregation. Jacob’s Well not only has a refugee ministry, but also has missionaries in Thailand, Uganda, South Sudan.

The need for a refugee pastor was fueled by Blauer working with World Relief by allowing families to live inside his own home until he could help them find a house to live in, he said. Eventually, as he helped more and more families, the number of refugees continued to grow and he soon knew he needed a pastor specifically for the refugees so he moved a pastor from New York. That is how they ended up with their own service and, for awhile, a center for the refugees which provided classes to help them learn English and citizenship

Recently, Jacob’s Well has closed its doors to the refugee center. They closed the center to take a step back and refocus on what they want to accomplish with their ministry work, such as helping refugees coming from the Middle East, Blauer said

The core values for Jacob’s Well come from a ministry midlife crisis Blauer had.

He said he felt disconnected in how he was living his faith, so decided to plant a church and move his family to a struggling neighborhood.

“We wanted to move into a neighborhood and live there, and practice our faith in a place where it would matter; where we would live, worship, witness, work, and try to practice more of a holistic head, heart, hands kind of approach to the Gospel,” he said.

Jacob’s Well, a non-denominational church, is named after John 4 — the story of the woman at the well.

“It was a picture, of diversity interacting around Christ and the Gospel and truths. You have the man and a woman, you have a Jew and a Samaritan, and you have all these categories that shouldn’t be together discussing their views. There were all these “don’ts” that Jesus was breaking, and in my mind, that set a type of ministry that we want to be involved in,” Blauer said.

Looking forward, Jacob’s Well is in the process of getting a new location within East Central that has the facilities to grow, because in the building they are currently in is maxed out.

The church will celebrate its 10-year anniversary with a block party on June 18.

Eliza Kinnaman grew up on the west side of Washington State, not far from the ocean waves. She is currently a sophomore at Eastern Washington University, where she is pursuing a degree in communications with a minor in journalism. She is engaged to the love of her life and works a part time job in Spokane. When she isn’t busy she loves to go on hikes, bake and cook with her fiance. If doing none of the above, you can find her with a book in one hand and a cup of coffee in the other.

Previous Planting the Seed, a poem
Next Viewpoints: What music inspires, influences your faith?