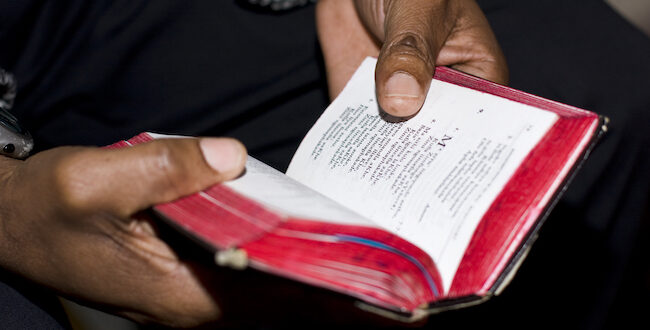 When White Folk Sing the Songs of Black Folk

When White Folk Sing the Songs of Black Folk

No, I’m not talking about Elvis.

I’m talking about white church-goers like myself who wade in the deeply spiritual, beautifully haunting songs that emerged from what W.E.B. Du Bois called “the souls of black folk” during slavery.

The hymnal of my Evangelical Lutheran Church in America includes 14 African-American spirituals. At Christmas we sing “Go Tell It on the Mountain”; on Good Friday, “Were You There When They Crucified My Lord?”; during Communion, “Let Us Break Bread Together on our Knees”; during Baptisms, “Wade in the Water.” For comfort we sing “There is a Balm in Gilead”; for confidence, “This Little Light of Mine.” Looking toward to those ever present end-times we exclaim “My Lord, What a Morning.”

Of course the slaves who gave birth to this amazing body of music never received any financial reward.  In the latter 19th century Black colleges such as Fisk and Tuskegee sung the spirituals on fund raising tours.

Recently a movement arose to acknowledge in some way our debt to the community that created these songs. Last Juneteenth, our congregation joined  this movement by beginning to collect money for two groups, Music by Black Composers and our denomination’s African Descent Ministries.

A great debt remains, as do questions: Is it appropriate for predominately white congregations to sing these spirituals? How can we do so with respect and understanding? What do they mean for us?

The interpretation of these spirituals has long been an issue. It was once argued that their singing proved that slavery wasn’t that bad. To counter this view, in his masterful “The Souls of Black Folk” (1903) W.E.B. Du Bois called the spirituals “sorrow songs.” They manifested, he argued, the unbearable suffering under slavery, and the yearning for escape, if only in spirit, if only back to Africa in one’s heart, if only at life’s end. The creation of suffering souls, they remained, thought Du Bois, America’s greatest artistic achievement.

Later historians assert that the spirituals proved that the slaves created a counter-culture in which they maintained a kind of freedom. And it is convincingly argued that a number of the spirituals call for physical as well as spiritual freedom, sometimes subtly as in “Follow the Drinking Gourd” which gives instructions for escaping to the North, sometimes militantly as in “Go Down, Moses” which calls for liberation from bondage now.

The spirituals we tend to sing in church focus more on spiritual experience than physical freedom. Yet these are fundamentally linked, as Liberation and Black Theology as well as Hebrew Scripture remind us.  The soul is integral to the body. The welfare of both needs our care, and we need to be mindful of this to sing the spirituals with respect and understanding.

We will never experience all the meaning these words contained for their original singers. Some think Harriet Tubman used them to urge the slaves following her North to wade in the river so they could not be tracked.

We can, however, ponder what it means to wade in troubled water.

We are not offered “a bridge over troubled water.”  Rather, we are admonished to get into the troubled water, troubled, no less, by God! The language here may draw on an episode in John’s Gospel  in which a sick man complains to Jesus that he can’t get into the waters of Bethesda soon enough after they have been “troubled” by an angel for the waters to have healing efficacy (5.1-9 KJV).

Perhaps this suggests that if we wish healing, physical or spiritual, we must not look for a bridge over traumatic experiences but rather immerse ourselves in the turbulent struggle for liberation. Certainly this would mesh with the historical experience of Black Americans.

The first two verse of “Wade in the Water” conjure up a vision of Moses leading the Israelites out of bondage.   Through many songs and speeches, African Americans developed an analogy between their freedom struggle and that of the Israelites. As we sing these verses, we might remember that liberation needs to be a collective experience.

The last two verses involve us in the descent of the Holy Ghost and lead us to “Jordan’s stream” in which Jesus was baptized. On the other side is the Promised Land.

Caught up in the singing of this spiritual, even white folk like me might take the plunge.