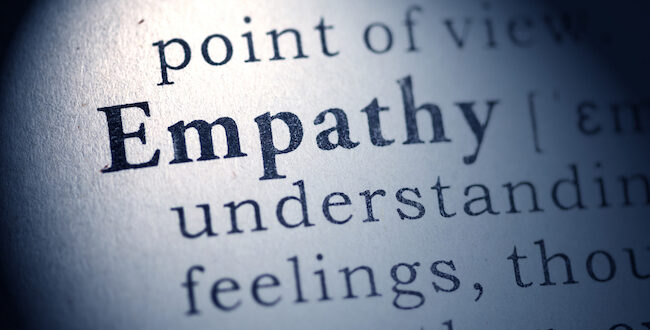 In the previous segment, I began exploring my own healing journey with cancer, and how I would approach it by holding onto my “most cherished in life,” with Tom Yellowtail’s Wheel helping guide the way.  I also began discussion on how I would come to understand the meaning of my cancer .

The Lymphoma was as different as different could be.  I accepted it as something potentially destructive that would accompany me in the months and even years ahead, indeed, for the rest of my life, as there is only “remission,” the door to this strangest of strangers even if once closed could at any time reopen.  “You have to do your part, . . . Be attentive” Cliff said.  So, I sought to live each day as a gift, thankful, and with the resolve that it would be a journey shared with my cancer.  It remained a bit of, but less a stranger, holding it at arm’s length.  In a sense, we shared this alike, my Lymphoma accompanying me in each stage of this unfolding journey, an unwelcomed, fellow journeyer.  Ironically, and I know how odd this might sound, but I would owe this difference my gratitude for a special gift that was about to be bestowed.  With my attentiveness, out of the difference would come all the difference.

Following those four days of full-body radiation in Seattle, there would be days and nights that for me seemed without end.   I was no longer viable; my red and white blood cells and my platelets were no longer being produced deep within my bones.   At this juncture in my rite of passage, I entered what is called a “liminal state,” of “betwixt and between.”   Where all the superficial and superfluous in my life seemed lifted away, left behind, revealing a state not of anxiety or fear, but of complete calm and heightened attentiveness.  As if a door opened to a great hall, like none other, full of stillness and void, other than walls lined with closed doors.

Each day, as I got out of my bed, I found myself walking the halls of the University of Washington Hospital, hooked up to life-sustaining IVs.  As I passed by opened doors, anything but oblivious, I gazed into the rooms of perfect strangers.   Each was on their own journey of crisis, some getting better, others, not so.

On one of those walks, while in that liminal stillness, which I can still vividly remember, out from the rooms flowed a totally unanticipated experience.  With crystalline clearness, I had a sensation I’d never experienced before.  An experience that would forever change me.  Difficult to put into words; it was a feeling, an understanding, of some intimate connection to another’s condition, which minimized if not removed any separation with a perfect stranger.  It was as if removing the distinction between “self” and “other,” as if dissolving the “self” into the “other.”  An openness and keen awareness of another’s situation, almost as if two hearts beat as one.  The words that best describe the sensation are a profound empathy.

It’s interesting to note that the roots of the English word “empathy” are in the Greek derivation of empatheia, ἐν and πάθος which refers to “in suffering.”  And totally unrelated linguistically, Schitsu’umsh, have a term for empathy, snukwnkhwtskhwts’mi’ls, that literally translates, “fellow sufferer.”  Empathy, to truly feel another’s suffering.

Out of the stillness of that great hall, through an opened door, if only momentarily, flowed an intimate awareness, a deep connection with the journeys of so many others.   A connection whose possibility, even if only a shadow of the former, I hoped would await future encounters with perfect strangers.  With the superfluous and superficial removed, at the core of our shared humanity, I felt an essential essence revealed.  Initiated by an unwelcomed difference came all the difference.

Days later, on July 24, from deep inside my bones, life-nurturing fluid was again being generated.  A boulder had been turned to sand and my body restored, though as a baby, without any built-up immunities.  Truly a rite of passage bringing forth a re-birth!  And I give thanks for each new day, and for each new year, as I am most grateful to be able to celebrate two birth days annually.

Upon reflection, this story of the differing and ubiquitous, of empathy reminds me of another story, a precursor, a warm-up run if you will.  I’d gone to an inner-city high school in Denver, with a graduating class of some 800, a quarter of whom were African-American, with significant numbers of Asian-American and Hispanic students.  It was a wondrous mix of stories, in the classroom, throughout our community, and on the track – a well “integrated” high school experience.  I was a runner, and for this “white boy,” pretty good, a member of a predominantly-Black, state-champion track team.  My senior year, I anchored our mile relay team (similar to the 1600-meter relay today).  We traveled together to meets throughout the state, practiced hard and depended upon each other.  Together, we endured disappointments and celebrated accomplishments.  Together, attentive to each other, even as teenagers having some capacity to listen to each other, we told our diverse stories, and yet we were in sync.   On a team imbued with what I now identify as empathy, I participated in difference, yet in those seamless moments as the baton was handed off, there was no difference, and it made all the difference.

Part five of this series will run Feb. 17.

Rodney Frey remains affiliated with the University of Idaho, as Professor Emeritus in Ethnography, while continuing his involvement in his local church and hospital. He’s been with the university since 1998. Parts of this series were inspired by previously published materials he authored in “World of the Crow: As Driftwood Lodges” (University of Oklahoma Press 1987) and in “Carry Forth the Stories: An Ethnographer’s Journey into Native Oral Tradition” (Washington State University Press 2017), and with Tom Yellowtail and Cliff SiJohn in “If All These Great Stories Were Told, Great Stories Will Come” in Religion and Healing in Native North America, edited by Suzanne Crawford and Dennis Kelly (ABC-CLIO 2005). Core elements of this personal series appeared in a sermon he gave at the Unitarian Universalist Church of the Palouse, in Moscow, Idaho, on the 16th of June 2019.

Previous FāVS Expands “Ask” series with Hindu and Quaker column
Next When we walk the halls of a hospital – An Integrative Personal Story, Part 5