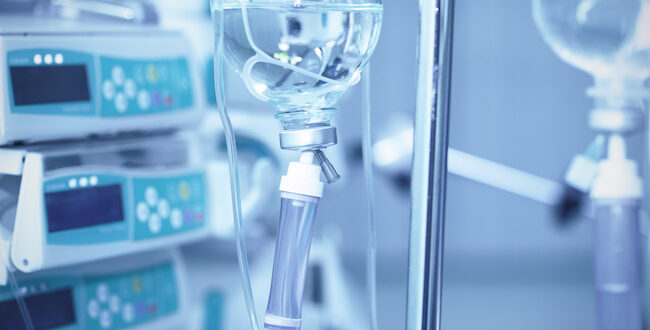 In the previous segments, Tom and Susie Yellowtail articulate their meaning of and implications behind viewing the world as a great Wheel, with its spokes and hub. Considered also was Tom’s assistance in helping me fulfill a vow made for the health of my son.

Then 33 years after my first Sundance for my son Matt, our roles would be reversed.  In 2005 and again in 2009 I experienced my most consequential rite of passage to date.  I was diagnosed with cancer, with its reoccurrence a few years later.  As it turned out, in 2009, I, along with my adopted Shoshone family, were to sponsor the Sundance, a huge honor and undertaking.  But instead, my healing journey would take me from the Crow Reservation in Montana to Seattle.  Matt would step up to help sponsor the Dance, which he did with his full heart.   This time Matt, along with many family members and friends, would pray and sacrifice, as his father lay in a hospital room.

When I was first diagnosed, I shared the news over lunch with a close friend, Cliff SiJohn.  Cliff was of the Schitsu’umsh people, meaning “The Ones Found Here,” referring to Lake Coeur d’Alene their place of origin, who are also called the Coeur d’Alene Indians of Idaho.  His words drew me back to Tom’s Wheel.  Cliff said, “You’ve got to trust your doctors and what they’ll do.  Put it in their hands.  But you must do your part.  There’s work to do; do it with your heart.  They’ll be responsible for the Head Knowledge stuff and you’ll be responsible for the Heart Knowledge stuff,” as Cliff knew I was spiritually engaged.  And he said, “Be attentive.”   I suspect the advice offered by Cliff could apply to any of us when confronted with a serious health crisis, regardless of our backgrounds.  Each of us can and should take responsible for our own Heart stuff, from whatever story it arises.  Each should be attentive.  It is what each of us can do.

I prepared for the journey, awake and vigilant, asking myself just what I would bring along with me?   I tried to sort through and leave behind all the irrelevant and immaterial in my life, leave behind my distractions, and tried to reflect and focus and hold tight to what I most cherished in life.  Upon stilled reflection, my cherished were of three – love of family, an Indian Name, and a special gift received while Sundancing.  And with Tom’s Wheel of diverse spokes showing the way, a guide, offering me a path, I found that I could embrace surgery, chemotherapy, full-body radiation and a stem cell transplant, while also praying to the Creator, with Eagle Feathers in hand and Song of the Tree in my voice, in conjunction with my family doing the same in the Sundance Way.  Despite their significant epistemological differences, their differing ways of knowing and doing, I could travel the scientific and the Spiritual spokes without them being mutually exclusive.  So began my journey, embracing my most cherished, on paths now lit, a journey lived deliberately.

In July of 2009, on the exact same four days I was undergoing full-body radiation in preparation for the stem cell transplant, the Sundancers were blowing their Eagle-bone Whistles.   While my body was being bombarded by certain rays in a lead-lined chamber, solar rays were bathing the bodies in the Sundance Lodge.  Who could have scheduled that?

As I began walking the path now shown, still one question remained.  I asked, just what was “it?”  If I’m going to address my cancer, I needed to understand it, know it, as best I could.  I needed a definition, a name, that I could grasp, to allow me to relate to it.  Of all the doors I had as yet walked through and rooms entered, this would be the room occupied with the strangest of strangers.  Back in 2005, I had an elective surgery to remove what was supposed to be a benign lump in my groin.  It wasn’t.  More tests were taken, and the cancer was identified as a unique form of third-stage Hodgkin’s Lymphoma.  I remember distinctly, the afternoon when the pathologist explained, in far too much detail, the nature of my cancer.  Many of his words were blurry, incomprehensible.  But it was a start to an awareness of it.  I also recall on his face and in the words he spoke, the pathologist’s excitement in coming upon a configuration of a cancer he’d never seen before.  I was less enthusiastic.

I continued to listen to my oncologists, read pamphlets, and searched the web, trying to bring some meaning and definition, attempting to understand it, so it would be less a stranger.  On this journey, remembering Cliff’s words, I was attentive, attempting to listen to my body in ways not before attempted, a body now infused throughout with this malignancy.  It was a deep attentiveness.  Though I could never say I had gone so deep that I could understand it, from its perspective.  I could never say I had some sort of full-on empathy for my Lymphoma.  But I tried to view it deep from all angles.  I began to define it medically, its physical, chaotic properties.  I certainly appreciated the Lymphoma’s existential meaning – a direct threat to my life.  While I didn’t want to personify it with human qualities, I always respected it as a sort of living entity.  Apprehensive, I accepted the cancer.

During both my healing journeys, I never really feared the Lymphoma, never got angry at it, never depressed, never saw it as somehow an enemy, to be fought, battled and defeated, though it certainly represented the antithesis of my existence.  I knew that a dominant metaphor in our society for cancer was, “fight it as an enemy.”  But I recalled Cliff’s comments, “You must do your part,” reaffirming to me that I had a voice and a choice in the matter.  As I came to this impediment, this “huge yet vague, shadowy boulder” in my path, as I saw it, was I to attempt to crush it with equal or greater force, with my own rocks?  At this most critical moment, at this crisis, with everything at stake, was this how I would define myself, something akin, reducible to that of my enemy?  Or would I choose to engage it with something else, my own most precious gifts – with love of family, with a Name, with a gift from the Creator through the Buffalo?  Familiar with the Tao Te Ching from a course I taught, I was reminded of passages inspired from it.  There’s no greater misfortune than feeling, “I have an enemy,” for when you and your enemy are alike, there is no room left for your own treasures.  When two opponents meet, the one without an enemy will triumph (verse 69).  The softest things dissolve the hardest things, as water runs over, around, and through a mountain, rendering it but sand (verse 78).  For me, this approach to my cancer helped bring clarity and conviction.  My treasures had nothing to do with Lymphoma, and everything to do with my life.

Part four of this series will run Feb. 16.

Rodney Frey remains affiliated with the University of Idaho, as Professor Emeritus in Ethnography, while continuing his involvement in his local church and hospital. He's been with the university since 1998. Parts of this series were inspired by previously published materials he authored in "World of the Crow: As Driftwood Lodges" (University of Oklahoma Press 1987) and in "Carry Forth the Stories: An Ethnographer’s Journey into Native Oral Tradition" (Washington State University Press 2017), and with Tom Yellowtail and Cliff SiJohn in “If All These Great Stories Were Told, Great Stories Will Come” in Religion and Healing in Native North America, edited by Suzanne Crawford and Dennis Kelly (ABC-CLIO 2005). Core elements of this personal series appeared in a sermon he gave at the Unitarian Universalist Church of the Palouse, in Moscow, Idaho, on the 16th of June 2019.

Previous When we walk the halls of a hospital – An Integrative Personal Story, Part 2
Next FāVS Expands “Ask” series with Hindu and Quaker column