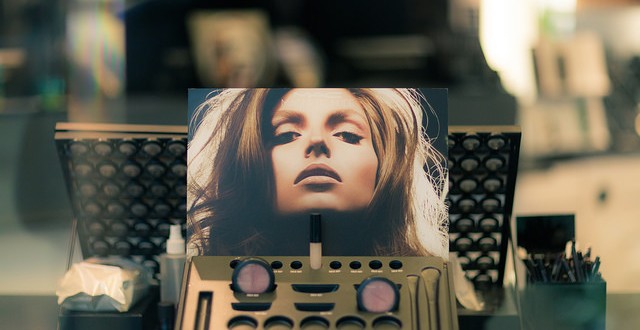 When we stop hiding behind the superficial conversations

To say I wasted an inordinate number of hours deciding what dress to wear to my sorority centennial reunion would be an understatement. Just ask a few close friends and my husband after having endured numerous “fashion shows” as I tore through my closet searching for the perfect ensemble that would magically expel my lagging confidence. Apparently I still believed that my waning, yet clearly unresolved feelings of inadequacy could be cloaked or even repelled by a piece of clothing.

But it doesn’t work that way. I’m not Cinderella and my fairy godmother, who could transform my poor self esteem with a wave of her wand and the perfect “power” dress, was clearly on strike. Either way I was going to the ball with my bag of issues. All I could do at this point was hope I wouldn’t make a blundering fool of myself and at a minimum stand up straight, smile and ask questions.

Party Rule #1– when all else fails, don’t talk about yourself — ask questions. This way you don’t have to reveal dark secrets, ineptitude or life’s misfortunes and people will think you were lovely and charming not realizing they didn’t learn a damn thing about you because they spent the evening rattling on about their kids, dogs, husband, careers and vacations…and the list goes on like a virtual Christmas letter that you didn’t want to read let alone be physically present to endure.

The fact that I joined a sorority during my undergraduate years at the University of Washington has always seemed aberrant to me. I didn’t enjoy the weekly “exchanges” marching over to the chosen fraternity to swill cheap beer. The chapter meetings on Monday’s were exhaustingly boring and Rush week was horrific. But after three years, I was lucky enough to make a few friends, so it wasn’t all for naught.

Because of these few friends, who I had not seen in nearly a decade, I drug my ass from Spokane, donned a cocktail dress and heels, and paid $100 for two drink tickets and dinner at the Arctic Club in downtown Seattle.

And as these type events go, numerous stories about kids, dogs, husbands, careers and vacations were inevitably told.

But so did a few other stories — more important stories.

As the evening progressed, I shifted my “conversation starter” question from the generic “where are you living and do you have kids” to, “tell me what you are doing that excites you.” And it worked like magic!

Suddenly superficial conversations that could bore even the most frivolous sorority girl shifted to learning about some incredible women and their pivotal experiences. One woman spent time rescuing mini-dachshunds and relocating them to foster homes. Another found herself called to fight regular battles with insurance companies as a hospital administrator advocating for those too weak to raise their voice. But the one that caused me to pause was a beautiful blonde woman, under 50 years of age, who had lost her 5 year old daughter to cancer, was now fighting breast cancer herself — yet poured her energy into fundraising for cancer research. Hers was a story of heartache and transformation, turning life’s misfortune into an opportunity to help others. Her smiling candor was a golden nugget in a sea of convention that I would not soon forget.

And as I left the Artic Club, stepping onto the rain-drenched pavement, amid the flashing car lights illuminating the night, I met another woman. She stood before me with a gummy, toothless grin asking if I had any change I could spare. I dug into my little black clutch and pulled out a $5 dollar bill. At this point I was holding up traffic while my ride waited for me to climb into the passenger seat. But I took another moment and as I handed this stranger my money I impulsively hugged her. And she hugged me back. Turning to jump into the car amid the bustle of horns pleading for us to pull away, I looked back and smiled and she thanked me not for the money but for embracing her and seeing her as a person.

So in the end it didn’t matter what dress I wore or what life failures I attempted to hide from my sorority sisters. What mattered most was learning about the impassioned journeys my collegiate sisters had experienced and having the opportunity to see my other sister, my homeless, toothless sister who didn’t make it to the party, but who showed up just in time to give me a hug.

And it was magical.

Previous Podcast: Religion and Politics Coffee Talk
Next Be Where You Are