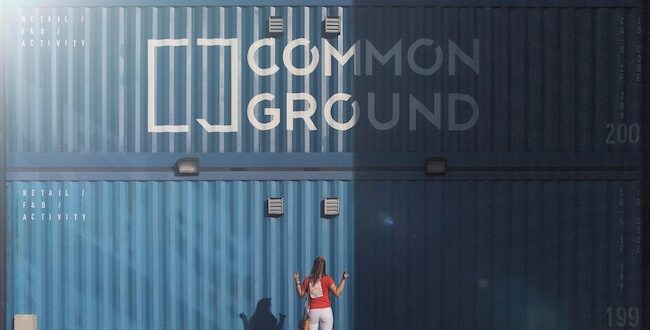 Photo by Gear5.8 by Roberto R. on Unsplash

When We Seek Common Ground Who Loses?

When We Seek Common Ground Who Loses?

Sue Lani Madsen is a once-a-week opinion columnist for The Spokesman Review. It is fair to say she is not my favorite local writer.

She does not always get her facts straight and too often parrots a singularly conservative narrative that does more harm than good. Her take on Washington state COVID precautions was particularly troublesome.

But I must respect her effort to be thoughtful and inclusive in her April 14 column, “Americans having a hard time finding common ground these days.”

I can respect the effort even as I disagree with her fundamental conclusions.

She rightly notes that Americans have lost trust in the news media. But that is not a new phenomenon as she inaccurately suggests. The decline in trust began with the Watergate era and accelerated rapidly as the mainstream news industry collapsed under the weight of massive technical, economic, and social changes that reached warp speed after 9/11.

I have written about the reasons for that before. It has very little to do with a so-called progressive agenda but understanding that requires a nuanced analysis apparently beyond Madsen’s reach.

She begins her column with a critique of famed national columnist Leonard Pitts which is something like a local basketball bench warmer going after Stephen Curry. Pitts is way out of her league.

Madsen says she bailed on Pitts about 10 years ago when, she says, he took a hard turn to the left. Anyone who knows Pitts knows there was no such turn. He has always been a fierce progressive, an advocate for social justice, free expression, and equal opportunity.

The problem is not Pitts. The problem is a segment of our society that is working tirelessly to deny justice, limit free expression, and frustrate equal opportunity. And that is not to mention that same segments’ efforts to ban books, deny academic freedom, and roll back women’s rights and the rights of the LGBTQ community.

At The Feet of Republicans

Madsen seems offended that Pitts lays all of this at the feet of Republicans. He is not wrong, of course.

I hosted Pitts at the University of Idaho in the spring of 2016. I was privileged to spend some personal time with him. It was early in the 2016 election cycle, but both of us agreed Donald Trump would likely win. Pitts is a terrific journalist. He saw the signs well ahead of the national press. And he was worried.

So was I. We were about to elect a demagogue to the highest office in the land and he would bring with him some of the most dangerous elements in our society.

The results are now a part of our history – though Republicans would rather we not talk about any of that unless we whitewash it into some sort of political fairy tale that ends with a righteous act of reasonable political discourse at the U.S. Capitol.

And it is good to remember, when we talk of conservatives distrusting the news media, that Trump’s press-as-enemy-of-the-people refrain was as relentless as it was dangerous.

In the column that apparently set off Madsen, Pitts bemoaned the lack of a common national narrative. She suggests Pitts is pining for Walter Cronkite, once the most trusted man in America. Not so. Pitts’ argument is much more nuanced.

A strong local and national press (far more than nightly network news) created a public space where a common language and understanding of facts was the starting point for debate that would eventually lead to public judgment if not consensus, especially at the local level.

But the inexorable collapse of the mainstream press has put an end to that.

Madsen suggests social media flooded with cell phone videos and amateur observations serves as a check on the mainstream media. Yes, that is sometimes true. But rarely.

The press does not blindly report out of such events until facts – that is FACTS, ladies and gentlemen – can be verified. And simply repeating early police reports as events unfold is not responsible journalism. The cops are not always right, especially when it comes to racial identifiers.

The flood of social media information coming out of any major news event is not verified. Most likely, it is not factual. Sadly, it is also unstoppable.

The actual effect is not to produce true counter facts but to flood the world with misinformation, fabrications, and dangerous conspiracy theories. Madsen should spend some time with the several major fact-checking sites to see how much truth is emerging from this mess. Start with the Poynter Institute, a gateway to fact checking organizations and sites from around the world.

Madsen ends her column with this plea for what she and so many conservatives view as a more perfect union.

“…Recognize the value of little gestures as common threads, like standing for the flag and singing an impossibly pitched national anthem with old-fashioned words. It may be tattered, but it’s our Star-Spangled Banner. Does it still wave?”

Well, of course it waves. But if you want everyone to stand for the flag or sing the anthem, then you must work to make sure the promise of America applies to everyone.

I want to find common ground, too. But I will not disavow the rights of tens upon tens of millions of Americans to find it.

Previous A tribute to my source, and friend, Pastor Andy CastroLang, who will retire this year
Next How to Buy and Maintain Church Equipment