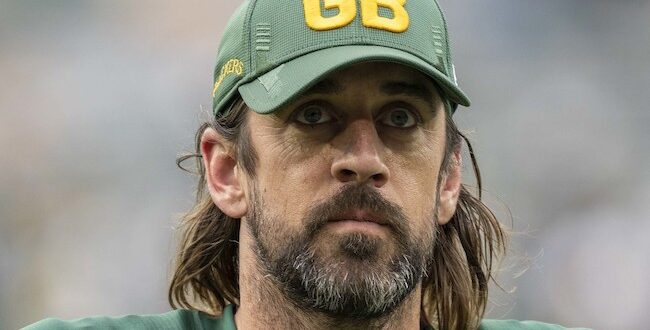 When Values and Fanship Clash

When Values and Fanship Clash

But these days there is a bit more guilt in that admission than pleasure.

I always knew Wayne was a rabid conservative, anti-Communist, anti-union, war hawk. And he was a supporter of Sen. Joe McCarthy, a willing collaborator when it came to naming names before the House Un-American Activities Committee.

I already knew that. But Wayne has been dead for nearly 40 years and so focusing on his work as an actor and essentially forgiving his sins had been easy enough.

Then, like many Americans, I was made aware of a 1971 Playboy interview in which Wayne expressed appalling racist, homophobic and anti-Native American views. The interview has been around for nearly 50 years but had been lost in the fog of time until it resurfaced again in 2019 as reported by The Washington Post.

Since that rediscovery, I have been a bit less sanguine about Wayne movies. Even so, even knowing his reprehensible views, I will still watch “The Searchers” or “The Quiet Man,” when they appear on Turner Classic Movies. I have separated the art from the man.

A Clash of Values

Separation is much more difficult when the artist – or the athlete – is still alive and active. Which raises this question: At what point in a clash between personal values and a favorite artist’s values do you abandon the artist altogether?

And by extension, when do you abandon the platform that gives a voice to that artist – or athlete?

Of course, the current culture divide brings those questions into sharper focus.

I am a huge pro-football fan, follow the sport closely. But like many Americans, I have been appalled this year to watch future hall of famer Aaron Rodgers, quarterback for the Green Bay Packers, spout the most dangerous nonsense about COVID and the 2020 presidential election. Yes, Rodgers, a full-blown nutjob, was just named the NFL’s most valuable player.

I can write off Rodgers and not care much because I don’t care about the Packers. But there is a chance he will play next season for a team I do care about, the Denver Broncos. How can I support the Broncos if they make this loony-toon the face of the franchise?

I can’t. If the Broncos take Rodgers, trading any pretense of integrity for a potential Super Bowl win, I am out of there, a one-man boycott, meaningless and futile, but personally satisfying.

The values dilemma was driven home locally earlier this year when Gonzaga University withdrew basketball season tickets from iconic alum John Stockton because he refused to wear a mask at basketball games. There are no greater sports heroes in Spokane than Stockton. But in a subsequent interview with The Spokesman Review, he spouted the same COVID nonsense that we heard from Rodgers.

Giving up on Stockton is easy for me. I don’t care much about Gonzaga basketball.

As in athletics, so to in entertainment.

There is no debate over the rabid anti-Semitism, racism, and misogyny of Mel Gibson. The record is clear, some of his most disgusting views captured on tape, verified by law enforcement, and often based on the accusations of reputable Hollywood stars.

I have refused to watch a Gibson movie for years.

But Hollywood has not recoiled. He is about to direct yet another in the “Lethal Weapon” franchise, and is one of the leads in an upcoming Starz series, “The Continental.”

It is one thing to mount a personal boycott of Gibson films. But do I now extend that boycott to the studio that has no apparent concern for his despicable record? If I boycott Warner Bros. Entertainment, do I then boycott its parent, Warner Media, one of the top-five media conglomerates in the world? That would be writing off a good chunk of my media options.

In discussing all of this with someone close to me, another Broncos fan, I was asked where I draw the line. The NFL has its share of petty criminals, drug abusers, and the occasional violent thug. The league itself makes billions off a sport that literally cripples, even kills its talent. Should I give up on pro football?

Where do we draw the line when personal values clash with the values of our favorite celebrities and their organizations?

Corporate entities are essentially value neutral beyond the overriding, all-consuming drive to turn a profit. Mostly, I have decided to let them go on their way.

But when it comes to individuals, it is appropriate to wonder how I can watch John Wayne movies while boycotting Mel Gibson even knowing they share similar, vile views?

Is it time and death that makes Wayne palatable and Gibson not?

Yes. Time and death are my line.

Wayne, dead for 42 years, is no longer in a position to move opinion or affect events. All that is left is his entertainment value.

Gibson, Rodgers, Stockton are still active, can still move opinion and their opinions are dangerous, even deadly.

Deciding to avoid them is the right choice for me. They are living, dangerous nutjobs and that is where I have drawn my line.