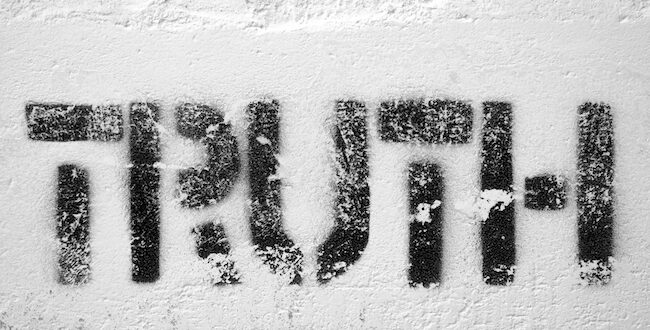 When Truth Speaks, Can Power Listen?

When Truth Speaks, Can Power Listen?

“Truth is always in danger of being sacrificed on the altars of good taste and social stability.” (William Sloan Coffin, Credo). Actually, Coffin was being modest about how many altars truth is sacrificed upon – especially in today’s American upheavals. You’ve likely thought of quite a few “altars” yourself!

American democracy is being seriously challenged. Speaking truth to power is more critical than ever.

The phrase “Speak Truth to Power” is attributed to a 1942 letter written by Bayard Rustin, a leader in the civil rights movement then. In his letter, his truth to power statement was simply, clearly stated: “The truth is that war is wrong.” His example? World War II.

The truth that always needs to be spoken – acted out, written out, voted on – always has justice as its focus. Conversely, the power truth seeks to hold accountable plays fast-and-loose with matters of justice.

As I began this column, we’d just experienced a long 4th of July weekend with at least 220 persons killed and almost 570 persons wounded. This is according to a report from the Gun Violence Archive, a group that tracks reports of mass shootings (four or more persons killed or wounded, excluding the shooter.) Twenty mass shootings occurred in that time.

What’s wrong with this picture? UGH! The report is only the most recent dramatic example of how out-of-balance our American society has become.

So I ask: Where are the faith communities when it comes to challenging the status quo politicians, the national, state and local elected leaders about this safety crisis? And I mean church members and clergy alike!

I speak as a Jesus-follower, but this goes beyond any specific faith tradition. Yet I hear some Christian people proudly, but erroneously, proclaim that “we are a Christian nation.” Our country’s founding was more complicated than that mantra suggests.

We also fall short simply based on our hypocritical struggles to aspire to be a Christian nation when it comes to working toward justice, like in economic inequity, homelessness, reproductive rights, LGBTQ rights. Those injustices deny all faiths’ values, folks, including Christian!

Power-brokers at all levels of government are often either powerless to make responsible changes, or they don’t actually care to upset their self-serving sense of privileged order. Maybe they can’t listen to a full-on “Truth.”

Maybe they choose not to listen. Maybe Truth is being whispered too meekly by too few clergy and church members – and others with hearts for human decency.

Truth speaks at election time when we vote for candidates who do, in fact, believe they are responsible to voters. But candidates also need to speak truth to injustices that reveal themselves in all hot-button issues that demand our attention. When our pieces of “truth” or “power” fail to move us toward a more complete experience of justice, we aren’t doing our part.

So if you’re convinced your truth-piece clearly leans toward justice in whatever issue you’re focused on, don’t be shy! “Power” may choose not to listen to you. Still, speak your piece. Live your peace.

Do that with as much respect for, and understanding of, the other viewpoint as your moral center contains. But do it. Whether you are moved by your faith tradition, or simply by your deep commitment to loving other human beings – or both – speak your truth to power. Don’t stop!

Previous How to Keep Your Faith in Times of Crisis
Next Hijri New Year 1444, Muharram. The Sacred and the Forbidden.