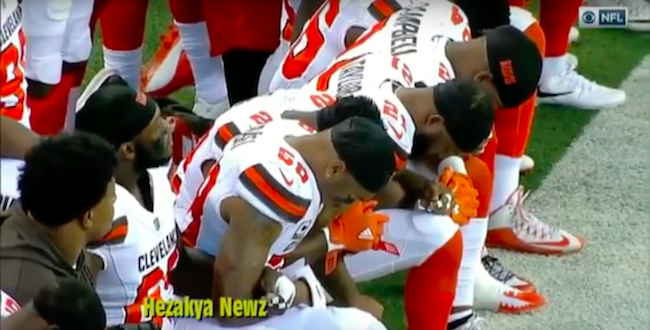 When Scapegoats Come to Dinner

I’ve just begun a three-month sabbatical from parish ministry. Though only a few days in, it already feels relaxed and luxurious. Very few of us can boast of being paid to rest. Of course, I’m doing some study as well. Reading, writing, praying, and, since I’m not entirely cut off from the world, hoping for change

Padraig O’Tuama’s is a voice in the world that gives me hope for change. His recent book, “In the Shelter,” uses an Irish proverb as a framework for exploring the many ways we find a home. He weaves stories of faith, community and separation together with his interpretations of scripture. His writing is beautiful and potent.

Since reading this book on a plane ride home from a retreat, I keep returning to one especially fresh interpretation on a well-known biblical story. He offers up a scene from the Gospel of Mark about a man who is crazy and kept in chains outside of town. He is battered and bruised from fighting—against the chains, against his own mind. He lives in the hill country of the Gerasenes. In the tombs. As with all good stories, there are so many evocative elements that deserve attention: that the man, possessed by a demon, says his name is “Legion,” the term for a division of Roman soldiers; when the demons leave the man, they dive into a herd of pigs, running them to destruction in the nearby Sea of Galilee; the community, meeting the man now healed of his possession, is furious with Jesus and immediately ask him to leave town.

O’ Tuama focuses on this last detail, the rage felt by the townspeople at meeting the crazy man anew, “Clothed, and in his right mind.” He wonders about the meaning of the chains. Was this a person so violent in his possession that he must be chained and removed from society? Was this a man on the fringe, then put in chains, and went crazy. A little of both? Either way, the man living in the tombs was likely the subject of dramatic storytelling in town. The boogeyman. O’ Tuama says that when the community greeted him, healed, it was as if “the scapegoat came to tea.” The structural and personal sin laid on this man by his neighbors was suddenly looking back at them, with clear eyes and the ability to speak. “The clothed man was not necessarily on a pathway to revenge, but the awful lesson awaiting him was that his very being, his very incarnation in his own body and mind, was itself a threat of revenge towards those who may have kept him chained up.”

I put the book down. All I could see were kneeling football players.

I know the world doesn’t need another not-football-fan leftie to tell them what to think about the sport and/or free speech. I don’t wish to tell others what to think. I do want to share about reaching a moment of clarity in my own mind and spirit. I want to explore and understand what’s going on around us.

O’Tuama woke me up to a dimension of my community’s shock and anger: those we kept in chains—literally in the form of their ancestor’s slavery and in the present racist prison system, or figuratively in the various legacies of slavery (ie. voting rights)—are looking us in the eyes, clothed, dignified, and simply by existing in this way, asking to be heard. I see that the rage felt by so many fans is not unlike the Gerasene neighborhood council telling Jesus to take a hike.

It’s scary and offensive when a scapegoat shows up. What awful tales will he tell? What secrets does he carry in his body, his memory? What’s more, the kneeling athletes are showing up in spaces devoted to leisure and publicly referencing their pain. Like the healed man in the country of the Gerasenes, these players are breaking the norm. They break it, it seems, in order to tell their story. And a good many Americans are asking them to stop.

Football in America is sacred social ritual. I don’t think I need to be a participating fan to notice that. To break a ritual is a big deal. And it is absolutely the kind of breakage we need to experience in this nation if healing or justice or renewal will ever come.

Athletes who play and perform for sport, for our entertainment, do not cease to be full human beings when they do so. But often we act as if they are less than human, part of a show, part of a game that plays out for our leisure. The man in the tombs was surely treated like a spectacle. A social ritual was broken when he was healed. For him, it was the beginning of a new life. For the community, it was a death that could lead to life. But we never hear the end of that story.

In both the Gospel of Mark and in the witness of kneeling athletes, Jesus is bringing healing, making change, and to calling us to repentance by breaking down a ritual. And, as many before us have been, we are pretty pissed about it. We would rather Jesus leave town if he can’t be respectful.

Many of us gathered at festive tables last month. We played out sacred rituals of family identity, of welcome and abundance. These are God’s gifts. And I pray they were also broken. If the story of the man in the tombs is any indication, Jesus often brings about a new future by first breaking a few things down. By the grace of God, Jesus will continue breaking us down—personally, nationally, socially—in order to bring about the promised banquet of heaven where all are welcome and none go hungry. We have a long way to go.

So here at the beginning of this time of sacred time of sabbatical, I’m also trying to pray for breakage. Come, Lord Jesus.

Previous Ask a Jew: What is a Jewish magic carpet?
Next All invited to Sharing the Dharma Day and vigil for victims of gun violence, Dec. 10