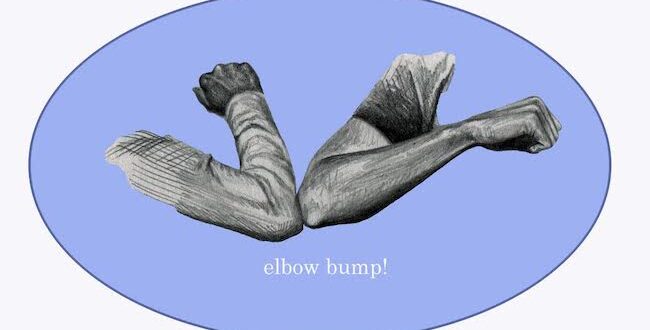 When Kindness Grows During a Pandemic

Earlier this month, I stayed in the Boyle Heights neighborhood in East Los Angeles with 12 other students and our professor. It was my second time on this immersion trip, which is tied to Gonzaga’s “Leadership and Social Change” course. Throughout the week, my classmates and I occasionally joked that we were “living it up” in California as the world ended around us. After returning and attempting to process the events of those seven days, I’m not sure if “living it up” is the right phrase. It seems more fitting to say that we lived on despite the scariness, absurdity, and uncertainty of the events around us, held and inspired by a small community that was gracious enough to host us during a pandemic.

Boyle Heights is a neighborhood of around 100,000 residents. Its predominantly Latino community is visibly close-knit, supportive, and religious, grounded by the Dolores Mission Catholic Church and its across-the-street grade school (TK-8), which is committed to serving low-income families in Los Angeles. In the late 80s and 90s, Boyle Heights was severely impacted by gang violence and incarceration. In class, the neighborhood emerged as a prime example of an effective and faith-based response to gang activity and mass incarceration. While in LA, we met Rosa Campos, one of many incredible women who organized grassroot responses to the gang violence in their neighborhood. She gave us a neighborhood tour, during which we learned that there were as many as eight active gangs within a 2-mile radius at the peak of violence in Boyle Heights. Now, there are only two, mostly inactive gangs; the Dolores Mission parish school is thriving, and residents greet and converse with each other on the streets, no longer restricted to their homes for fear of unpredictable violence.

Much of Boyle Height’s recovery from the so-called “decade of death” in East L.A has been attributed to Homeboy Industries, the world’s largest gang intervention organization. The non-profit was founded by Father Greg Boyle, a Jesuit priest and alumni of Gonzaga (go Zags) who, at the height of the neighborhood’s gang activity, forged connections with gang members and endeavored to make them feel seen, loved, and supported. Yet, as Fr. Boyle (who we were fortunate enough to meet) will insist, the people of the neighborhood are the most potent force behind its ongoing recovery. These people – mothers, fathers, grandmothers, siblings, children – continue to sustain, enliven, and define this community as a place of value and continual growth.

Throughout the week, I struggled to express my gratitude for the kindness of this community: for its commitment to both old faces and newcomers, which only seemed to grow in the midst of a global crisis. Among Rosa and various other neighborhood members, we met Ana, who wakes up at 3 a.m. every day to make and serve breakfast to community members experiencing homelessness. We learned from Fr. Ted, one of the parish’s priests, who reminded us of the women who took to the streets and confronted gang members, prayed with them, and urged them to return home for the night. At Homeboy Industries, we heard from Van, an articulate and remarkably self-aware “homie” who had completed eight months of the rehabilitation program. We also listened to Mario, manager of the Homegirl Cafe and purportedly the “nicest person at Homeboy,” who openly reflected on his growth through therapy (enthusiastically affirmed by his therapist, who happened to be eating lunch directly behind us).

My second time visiting East L.A reinforced the beauty, joy, resilience, and hope that I witnessed in this community last year. What struck me in a slightly different way, however, was the sheer grit and compassion exemplified by the people we met, most of whom have suffered in ways that I am unlikely to ever experience. They are some of the kindest and hard-working people I know, acutely aware of both themselves and others. Through witnessing their work, I have a renewed appreciation for the power of therapy, the grounding role of spirituality, and the preeminence of social support, fierce love, and righteous indignation in times of hardship.

And here we all are: tossed together in a time of hardship, uncertainty, and absolute weirdness. Personally, my senior year seems to have come to a premature end. I worry about the health of my loved ones and friends. For safety reasons, I can no longer volunteer with hospice or travel to visit new places and old friends, as I had hoped to do this spring and summer. As I sit here — typing rapidly, stress-chugging coffee, and combating the urge to itch my nose — I feel the seemingly conflicting sensations of joy, despair, awe, bewilderment and gratitude, having been welcomed into this community for a week at such an odd moment in history. While I can’t know for sure, I imagine this collection of feelings is akin to the emotional menagerie I would experience if I was spooked by the ghost of Mother Theresa, Amy Winehouse, or the Holy Spirit.

For all of us, this is a profoundly bizarre time, but the spirit of East L.A – and, more specifically, Boyle Heights – restores a sense of determination and hope, the latter of which is especially difficult to find in the news. I urge all of us to look toward East L.A as a communal entity of kinship and love – one that only grew during moments of disaster. In the weeks to come, Ana will likely continue to wake up and make breakfast for people experiencing homelessness; Mario will remain the manager of Homegirl Cafe, and even if formal Mass is cancelled at Dolores Mission, I imagine a virtual dialogue will be initiated to share prayers, anxieties, and hopes. Life can and will go on, and we will need to envision a new definition of “living it up”: one that, in a particularly low period, encompasses its unanticipated moments of humor, gratitude, strength, and human connection.

Previous COVID-19: A Wake Up Call
Next Ask A Quaker: Liberal vs. Conservative