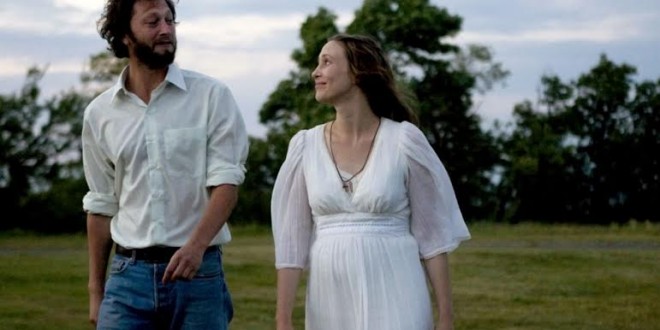 Religious faith can be such a personal thing that film and TV rarely portray it in ways that mirror its complexity, pitfalls, and joys. Yet every so often a showrunner or filmmaker gets it right, or is at least on the right track. Below are five movies and one TV show that avoid giving faith short shrift:

Vera Farmiga’s 2011 drama, based on a 2002 memoir by Carolyn Briggs, depicts Christian faith as something that can emerge through traumatic experience and erode when tragedy strikes. Yet the faith of the film’s protagonist, Corinne Walker, isn’t some delusion or passing fancy. Faith provides Corinne with a loving (if perhaps too close-knit) community, a family, and a very deep bond with her best friend, Annika. “Higher Ground” traces Corinne’s faith journey from her childhood in the 1960s and early ’70s to her status as wife, mother, and eventual rebel in the early to mid-’80s. Along the way we get pungent, poignant glimpses of hippie Christianity as well as one woman’s personal spirituality and how it weaves in and out of the communal and familial identities she takes on in the process. “Higher Ground” doesn’t treat faith as a cure-all, but neither does it suggest that outgrowing a particular church or style of belief means faith can’t have great value, to an individual or in general. A lesser film would end with an overdramatic sermon on the hypocrisies of the church. This one leaves us in murkier waters, unsure about what’s next for Corinne after disillusionment, despair, and the prospect of reconnection.

Like “Higher Ground,” M. Night Shyamalan’s third feature reminds us that trauma can give rise to faith or tear it apart — and sometimes both, in the same life. Though its sci-fi aspects (crop circles, aliens) may distract at times from its themes of faith, “Signs” is as much about humans’ struggle to make meaning out of inexplicable circumstances as any movie I’ve seen. A tragedy convinces Mel Gibson’s character, Graham Hess, that nothing happens for a reason, the universe is chaos, etc. Nothing else could explain, to his satisfaction, the staggering heartbreak he and his family have endured. Cue the alien invasion, the trademark Shyamalan plot twist, and, ultimately, an understated return to faith. “Signs” earned more than $408 million worldwide, and though audiences surely flocked to theaters to see what the maker of “The Sixth Sense” had newly cooked up, that’s a remarkable box-office take for a film that wears its faith life pretty baldly on its sleeve.

I saw Robert Duvall’s labor of love — the man wrote, directed, and starred in this movie — when it came out, back in 1998. Like many a great faith film, it’s about a flawed man of God, but it doesn’t use the character’s flaws to launch petty attacks on some monolithic notion of Religion. Instead, “The Apostle” takes a hard look at faith as a living thing in a person’s life. It won’t save wrongdoers from the consequences of their actions; it doesn’t make imperfect people perfect. However, it can see someone through dark times and accompany them when nothing or no one else will. “The Apostle” is truly and deeply about faith, but it doesn’t need the viewer to believe in Jesus, God, or anything else. It just demands a certain respect for the role faith can play in some people’s lives.

This brilliant 2011 drama is a latter-day Noah story, with a bit of Cassandra tossed in for good measure. After all, if someone you knew started building an ark, or a bunker, might skepticism not be your first impulse? (Maybe not in the prepper-saturated Inland Northwest, but that’s beside the point.) True faith means building on, not because you have evidence to support your behavior but because you might just be a prophet. “Take Shelter” mashes up elements of supernatural and horror films with psychological thriller conventions beneath an unmistakable faith veneer. Some of my favorite films refuse to be figured out until the final frame, if even then. “Take Shelter” is like that. It acknowledges the mysteries and madnesses of faith without ever sacrificing strong character development and steady pacing.

Has any Hollywood film contemplated the intersections of faith and science in such sweetly pointy-headed fashion? Leave it to an adaptation of a Carl Sagan novel to pair flashy sci-fi special effects (well, flashy for 1997) with Jodie Foster and Matthew McConaghey’s earnest musings on the nature of the universe. This movie, maybe more than any of the others on my list, is explicit about the importance of wonder: exposing oneself to it, fully experiencing it, and never losing one’s sense of it. And hey, faith and science can both get you there. The film’s climax certainly doesn’t please everyone, but I still appreciate the risk “Contact” takes by leaving things vague and somewhat woo-woo, and encouraging us to focus on what remains unknown.

This HBO series, about a fundamentalist LDS family that practices polygamy, remains criminally underrated. Despite the specificity and potential exploitativeness of the premise, “Big Love” was more about family and faith in general, in the end, than about FLDS culture or lifestyles in particular. In other words, it was a long, long way from “Sister Wives.” A scene relatively early in the show’s run clicked something into place for me, a lifelong agnostic: Aha! That’s what prayer is for! The show’s characters didn’t pray all the time, but when they did, the circumstances and form of their prayer told us something important about who they were, and indeed about the nature of their faith. It would be hard for a believer of any kind not to relate to a family struggling to maintain its core values while trapped between a near-sightedly secular, materialistic culture and the horrors of cultism. Chloe Sevigny as a smart, well-meaning, but often addled compound survivor (and middle plural wife) is worth the price of admission alone.

Now: What are your favorite film or TV depictions of faith?

Join SpokaneFAVS for a Coffee Talk forum on “Faith and Film” at 10 a.m., April 2 at The Community Building, 35 W. Main Ave. Schindler is a panelist.

Previous ‘The Story of God’ shares Morgan Freeman’s questions of faith
Next Profane Parables: Subverting the Religion of the American Dream