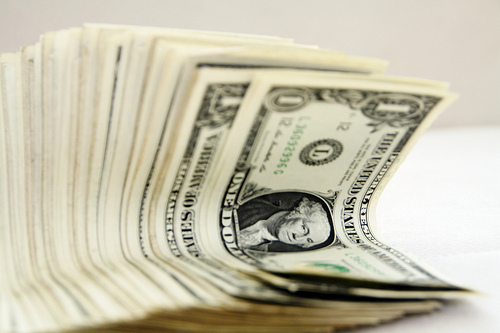 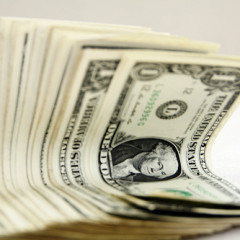 Buckets of water — and money — are pouring in to help find a cure for ALS. A megastar pastor steps down after accusations of wrongdoing, partly with regard to finances. Donations are streaming to Ferguson, Mo., some to the grieving family of Michael Brown and more (at this point) into a fund to support the officer who fatally shot him.
On a personal level, my small church is struggling to work more lean and still go about the ministry we wish to do in light of declining funds. The neighborhood around us is both booming and hurting. We are located almost on the “dividing line,” if there is one, between Kendall Yards and the rest of West Central Spokane. I am praying continually — with my voice and my feet — that we don’t end up with a walled off pocket of privilege. Happily, there are already good signs we won’t.
The flow of money baffles and frustrates me. My father, an agribusinessman by trade, would always tell me “it comes down to business, dear!” I would shake my head and wrinkle my nose in response, as if the idea of money actually smelled bad.
Perhaps what truly stinks is the place money has gained in our consciousness. It is meant as a stand in for labor (this is my very untrained thinking about capitalism) but becomes a stand in for many other things, like love, meaning, voice and strength. We judge political candidates by how much money they have raised and we listen to the media report on those figures, swaying our decision toward the candidate with the bigger pile. We speak of celebrity business people and their “net worth.” Are some humans worth more than others?
Contrast this with the words of Jesus, who instructs his followers to give to Caesar what is Caesar’s. Namely, coinage. Many preachers and authors have taken this to mean we should pay taxes. But not only the coins paying the tax bear the image of the Emperor: all money looks like Caesar. Jesus may be calling the Body of Christ to be a community with no money. What does that mean for the church fundraiser?
The term worship comes from an elision of two other words: worth-ship. We gather to worship God, who we deem most worthy of our praises. We see one another as having God-given worth, deep and abiding value that comes not from market shares or the ability to work. It simply is. I am worthy. You are worthy.
(OK, I can’t help but think of Wayne’s World and the “we’re not worthy!” bit. But I digress.)
What also stinks with regard to the use of money in our culture is that we tell ourselves we are equal in worth, and equal before the law. But public policy, judicial processes, city council discussions and other pursuits of justice are too often set by those with money. Those without money become those without voice. That is at odds with story we tell each other about this country and its pursuit of freedom and equality. I can hear Sweet Honey in the Rock sing, “We who believe in freedom cannot rest until it comes. Until the killing of black men — black mother’s sons, is as important as the killing of white men — white mother’s sons. We who believe in freedom cannot rest.”
I wish to nurture a community in which everyone has worth and we don’t use money to quantify or commodify each other. I wish to nurture a community in which we can name our needs without shame and name our gifts without pride. Maybe this community can be the church; maybe not. Maybe if the church experiments with an existence beyond capitalism, with an existence of God-given and community-shared worth, we can share it with the world.

Previous US Muslims ask John Kerry for protection on Mecca pilgrimage
Next BRIEF: ManClan Presents — David Shoemaker “A Man With A Message”