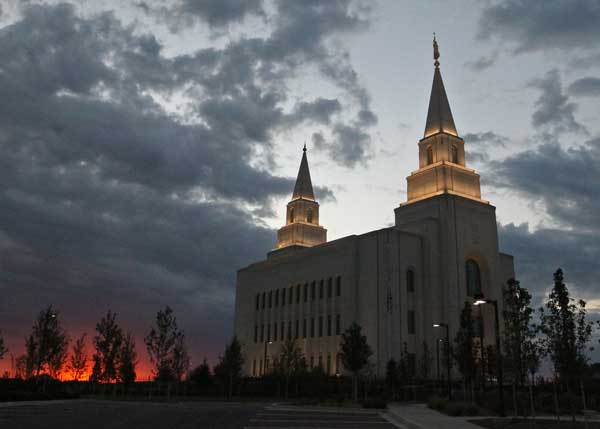 What’s in a name: Why Latter-day Saints are called Mormons

I’m pretty used to this type of response when people first realize this about me. It is like I suddenly have this mysterious side, and they are curious about it. They usually ask another question or two, and eventually others as time goes on and our friendship continues. People seem genuinely curious about my beliefs. While my everyday life looks mostly like the lives of my other young adult friends, my faith and beliefs do greatly impact the way I live and the things I do.

Interestingly enough, many of my Mormon friends have had similar experiences with other people not of our faith. In the coming weeks I hope to answer some of the most common questions that people have about my life and the lives of my other Mormon friends.

Question: Why are you called Mormons?

In short, “Mormon” is a nickname. The official name of our church is The Church of Jesus Christ of Latter-day Saints. Long? Yes. (I suppose this is partially why the nickname stuck.)

But if you look closely at the name of our church you will see that it is also very descriptive of who we are and what we believe.

If you look at the first part of our name you see “The Church of Jesus Christ.” Jesus Christ is the central figure of our church. We believe him to be our Savior and the Son of God. During his earthly ministry, he established his church on a “foundation of the apostles and prophets” (Ephesians 2:20; see also Ephesians 4: 11-14).

We believe that after his death, unauthorized changes took place over time, eventually resulting in changes in doctrine, practice and authority. What was necessary, then, was not simply a reformation, but a restoration of the church Christ himself had established. According to our history, this began with revelations given to the founding prophet, Joseph Smith in the 1800s.  We believe that though our church is often regarded as a new faith, it is actually the ancient Church of Jesus Christ brought back. Hence, the distinction “Latter-day” in our name.  We consider ourselves “saints” in the sense that we count ourselves among those who seek to follow Christ.

You may be wondering, “But where does Mormon fit into all that?”

As a part of the restoration, we believe that God brought forth new scripture. It is called The Book of Mormon. The subtitle is “Another Testament of Jesus Christ.”  This book, for which we are widely known and nicknamed, stands alongside the Bible as a second witness of the divinity of Jesus Christ and his role as our Savior. We treasure both The Book of Mormon and the Holy Bible as divinely inspired and written to help us better know and follow Jesus Christ.

One of the first memories I have of discussing my faith with a friend occurred when I was in fifth grade. She asked me something about why I didn’t believe in Jesus. I can still remember how shocked and confused little 10-year-old me was.

Of course I believed in Jesus Christ! I knew him to be my Savior. “How could she think that?” I wondered. “His name is in our church name.” I briefly explained these thoughts to her as best I could at 10 and have reflected on that experience many times since.

We don’t mind our nickname. Many of us readily identify ourselves as Mormons. You may also hear us referred to as Latter-day Saints, or LDS.  But knowing and understanding our full name sheds light on who we are and what we believe.

Kirsten Moore Pinto is a Spanish teacher and a member of The Church of Jesus Christ of Latter-day Saints and writes for Columbia Faith & Values.