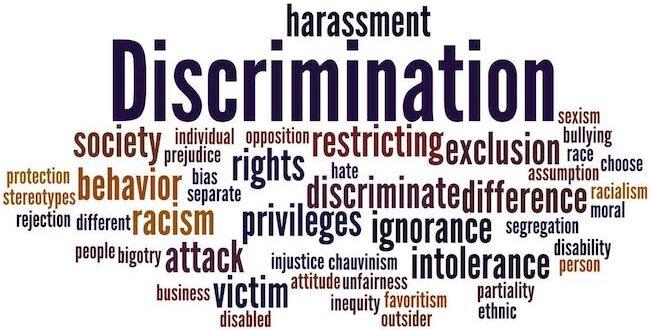 A recent article on compensating victims of climate change observes, “There is a growing movement to make the world’s richest countries pay reparations to the global south for ‘loss and damage’ caused by the climate crisis.” An interesting, if ill-defined, idea.

This issue “blew up” at the recent COP26 meeting in Scotland. One advocate said, the “United Nations system has agreed to channel finance from richer countries to lower income countries so that those countries can transition to greener pathways…and become more resilient.” She observed, “But if you’re destroyed by a climate disaster…then you’re on your own.”

An envoy from the Maldives observed that for small island states, loss and damage mean two things: “short-term immediate impacts of a natural disaster, and…the more slow onset events like the destruction or death of our coral reefs.” But she added that thinking about the issue only in terms of compensation or liability limits ability to move these conversations forward because “there’s no kind of incentive for the polluter…to invest in climate finance or mitigation other than just to make up for the losses that they’ve caused.

Instead, she said, “It should be…an investment for everybody to provide climate finance that addresses adaptation and loss and damage, because it has this impact on everyone. And that’s the way to move it forward.”

Compensation is a catch-all concept applied to many kinds of victimhood, from sexual harassment to murder. It begs the question, “How many dollars can compensate a victim equitably for emotional trauma and physical damages?” As the uber-rich population grows, dollar amounts assessed as “punitive” mean little to those with high-priced lawyers, who often prevent such assessments in the first place.

An internet search returns many articles advocating compensation for all kinds of injustices. Canada’s government suggested $40 billion “to settle outstanding cases on the welfare of native children and to meet the long-term health, education, and social welfare needs of children and families from First Nations.” A South African publication describes calls for compensation “on behalf of formerly oppressed and dominated groups…for the deeply traumatic injustices their members have suffered.”

A call to compensate wrongful incarceration observes, “Those proven to have been wrongly convicted…spend, on average, more than 14 years behind bars.” It notes, “the nightmare does not end upon release.” And what about reparations for slavery?

Last year Newsweek reported a study that suggested each “African American” receive $151 million. How is “African American” even defined? In 1662, lawmakers in Virginia established “the one-drop” rule: any person of “mixed blood” would be assigned the race of the nonwhite parent. In 1970, Louisiana law defined as Black anyone who had “at least 1/32 African-American blood.” If one of your great-great-great grandparents was Black, and all the rest of your progenitors for five generations were white, you were Black. A state court repealed that law in 1983.

It’s immoral to treat people wrongly, yet we can’t legislate morality. Whether it’s paying developing countries to endure the climate change our developed nations created, or reimbursing minorities for past injustices, it’s not feasible. Around the world, capitalism looks on money as recompense for just about everything. In the above examples, who can estimate the monetary worth of what has been lost?

Rather, society must develop and apply collective solutions that not only compensate for past injustices, but also avoid future inequities. Our richest of capitalistic countries harbor untold numbers of impoverished folk of all colors, ethnicities, and backgrounds. Is there a way we can say to these people, “Come with us. Let’s restore your human dignity”?

How can we free these people from urban “redlining,” from lifetimes of second-classness? We find an infinite variety of injustices around the world, from those affecting people of color in our own country to Uyghur genocide in China and Myanmar. What reparations for them?

Our common earth is rife with such injustices across all countries, and no amount of money will compensate for those inequities. The United Nations social and economic development programs are beginnings for elevating victims from cultural injustices, but they’re not enough. Much more is needed.

Global civilizations are built on spiritual guidance found not only in the world’s religions, but also among history’s great philosophers, teachings that have permeated the ideals of governance. But ideals are one thing; implementing them is quite another. So, what can we do, how can we correct past and present wrongs for those deprived of basic human rights, not just throw money at the problem?

We’re all part of the human family. We can enfranchise anyone who wants to move society forward. One example: we can recognize women as equal with men, encourage their education because they’re the first teachers of their children.

Such “compensation” benefits humankind many times over, and for generations.