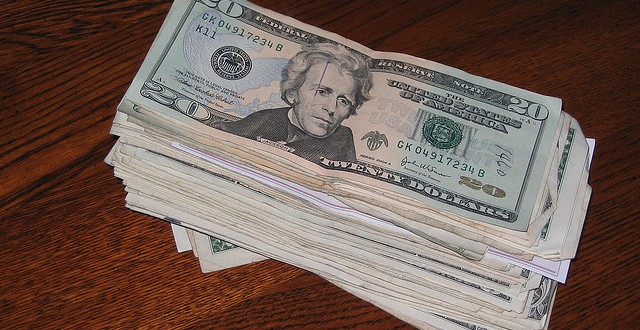 What role should money play in our lives?

The morality of money is a question often posed to business professionals, business students and professors. In light of devastating ethical lapses during the financial collapse of 2008, the Bernie Madoff pyramid scheme, as well as the recent debate over income distribution and the Occupy Wall Street movement, many are wondering what the role money should play in the lives of people of faith.  I am often asked by students, “Is it wrong to be rich?” “Is it wrong to desire and work for nice things when there are so many suffering in the world?” As a man of faith, the first place I turn for insight to difficult questions is God’s word, and He has a lot to say about money — its role and how we as Christians should view it.

Let’s begin with Timothy. We have heard the verse, I Timothy 6:10, where he writes, “For the love of money is the root of all kinds of evil.  Some people, eager for money, have wandered from the faith and pierced themselves with many griefs.” It is evident through this passage that desiring money or wealth (the love of) can be dangerous and lead believers down a road towards evil. Jesus’ own ministry provides us with a powerful interaction with a man over money.  Jesus was in the region of Judea and was approached by a young man inquiring about how he could receive eternal life. Jesus responded that he should obey the commandments, to which the young man assured Christ that he had followed them all without exception. Jesus then said to him, “If you wish to be perfect, go, sell your possessions, and give the money to the poor, and you will have treasure in heaven; then come, follow me.” The young man went away grieving, for he had many possessions. Jesus then turns to his disciples and said, “Again, I tell you, it is easier for a camel to go through the eye of a needle than someone who is rich to enter the kingdom of God.”

At first glance, you might read this and conclude that because this man was wealthy, he was therefore too sinful for Christ’s salvation, but Jesus never said anything about his wealth being the sin. Rather, the man’s refusal to love anything more than his personal wealth was the issue that kept him from Christ’s love and mercy. That is an important distinction — it’s a question of priority.

Along these same lines Jesus instructs his disciples in Matthew 6:19, saying “Do not store up for yourselves treasures on earth, where moth and rust consume and where thieves break in and steal, but store up for yourselves treasures in heaven, where neither moth nor rust consumes and where thieves do not break in and steal.  For where your treasure is, there your heart will be also.” Christ again ties the idea of treasure to our hearts, in other words, the bottom line is one of passion and importance we place on something. Enter the parable of the talents from Matthew.

While there is debate over Jesus’s purpose in this parable, I believe that regardless of the ultimate message Christ is relaying, the story itself is undeniable. A man is leaving on a journey and calls his servants to him. To one he gives five talents, to another he gives two, and to the last servant a single talent. After a “long time” the master returns and calls the men to him to give an account of what they’ve done with his money in his absence. The first servant took the five talents, invested them, and doubled them — a return of 100 percent for the master. He is praised by his master and told his responsibilities will greatly increase. The second servant comes and he too has doubled his master’s money from two talents to four – another 100 percent return. He too is warmly congratulated. Finally, the last servant comes and explains that he was so afraid of losing the money that he buried it and didn’t earn any return on the funds.  His master rebukes him sternly saying, “You wicked and lazy slave … you ought to have invested my money with the bankers and on my return I would have received what was mine with interest.” Christ uses a business analogy to instruct his disciples and clearly endorses the process of earning returns as “good”, “trustworthy” and “joyful.” At its heart this parable is about stewardship. Christ expects that we as his followers are good stewards of the gifts and yes, wealth, he provides us.

Lastly, turning to Paul’s letter to the Ephesians, I believe some final clarity regarding wealth and money is found. Paul is in prison and writing a letter to instruct the believers in their new faith. The discussion is lengthy and covers a wide variety of things but several times Paul alludes to the question we’ve posed here when comparing Christians saved by Jesus grace and their Gentile counterparts. He writes, “You must no longer live as the Gentiles live, in the futility of their minds. They are darkened in their minds because of the hardness of their hearts. They have lost all sensitivity and abandoned themselves to greed … that is not what you have learned from Christ.” Later he instructs them to not associate with “a fornicator or impure person, anyone who is greedy (that is an idolater) …” I conclude that once again Paul is making a distinction of ‘greed’ being a sin and greed is visible when our love of money, possessions, wealth, or anything else for that matter, takes priority in and lives and supplants Christ and serving him as our purpose.

No, it is not wrong to be rich. No, it is not wrong to have nice things which resulted from our hard work and God given abilities. In fact, I believe sometimes God blesses us with wealth and possessions the same way he did Solomon. The challenge is one of priorities in our lives and stewardship. The sin occurs when we become like the young rich man, valuing money above all else, unable to choose Christ, his calling, and his purpose for our wealth over our own selfishness.

Join SpokaneFAVS for a discussion on “The Morality of Money” at the next Coffee Talk at 10 a.m., Feb. 7, at Indaba Coffee/The Book Parlor. Sartell is a panelist.

Professor Eric Sartell worked for 15 years a global market economist and market manager for several international corporations. During this time he worked throughout Latin America, Europe, and the Far East. He is the author of five publications in referred journals including the World Review of Business Research Journal and the American International Journal of Contemporary Research. Sartell is active on the Whitworth campus, having led student study abroad experiences in Hong Kong, China, and in the spring of 2015, to the British Isles. He also serves as the faculty mentor for the Whitworth University’s Men’s Baseball team.

Previous Vaccines and abortion? The links are cloudy and complicated
Next It’s official: Pope Francis to address Congress in September 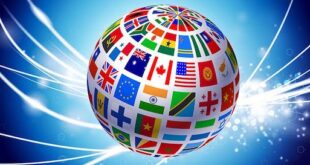