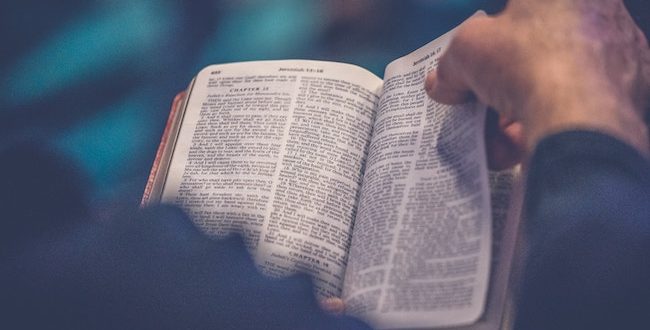 Photo of Bible by Rod Long on Unsplash

What Parts of the Bible Should We Read?

In recent weeks we have been exploring biblical interpretation together, asking first what the Bible is and then whether we should read it. Given that the Bible is, in some way and to some extent, an authoritative text that we ought to read frequently and intently, the next question is: What parts of the Bible should we read?

The Bible is made up of a lot of different books of different genres written by a lot of different people over a long period of time. Some of the stories and poems in Scripture have gained widespread recognition among Christians – Noah and the ark, David and Goliath, Psalm 23, the birth of Jesus – but much of the biblical text remains hidden in obscurity.

In a 2016 sermon at Cheney United Methodist Church, The Rev. Alissa Bertsch told the story of King Josiah of Judah’s national reforms which were inspired by the discovery of a scroll of law, likely a portion of Deuteronomy. It had been generations since holy Scripture had been read in Judah, Bertsch said, and having heard the word of God to Moses and the Hebrews, Josiah repented and reformed the nation.

Ironically, 2 Kings 22:1-20, the passage in which this story is recorded, is not included in the Revised Common Lectionary. The Lectionary includes for every day of the year one reading each from the Old Testament, the Psalms, the Gospels, and the Epistles. “If every church followed it the idea is that everyone would be hearing the same Scripture on the same day and be reflecting on that same passage,” Bertsch said, but in the three-year Lectionary cycle only 13 percent of the Bible’s content is included, the Sunday readings accounting for a “whopping 0.8125 percent.” Excluded from this selection of Bible passages is this story of a nation steeped in sin because of their ignorance of God’s word, and their restoration at the discovery of this word.

In 2 Kings 22:1-20 it shows us the importance of paying attention to Scripture. To neglect any part of the Bible in favor of others is dangerous. When we adhere to the Lectionary calendar, we get to experience many Psalms of praise and rejoicing, but none of the Psalms of lament or anger. We get a good idea for the basic plotline of the Bible, but miss out on many of the other wonderful and often bizarre stories.

Not only do we miss out on great stories and the full spectrum of emotion expressed in the Bible when we don’t read it fully, but we risk losing the context for the parts that we do read. The Bible is in conversation with itself and can help us make sense of the passages that are challenging or confusing. Author Derek Flood says that when faced with questions about the grotesque violence throughout much of the Bible, he found that “that kind of questioning was all over the Bible…in the psalmist’s complaints, in the prophets, in Job, in Ecclesiastes, and following in that same line of faithful questioning so characteristic of the Hebrew Bible, we also find that questioning in the name of compassion continued in Jesus and Paul.” The authors of the biblical text were in conversation with each other and those that compiled the books of the Bible did so because they believed that they informed each other and were meant to be read altogether.

Here is your assignment: Identify a book of the Bible that you’ve never heard a sermon on and make a plan to read through it on your own, a little bit each day.

I am buoyed by the amazing scenes of Spokane police officers kneeling with protesters, and the amazing video of Chris Swanson, Sherriff In Genessee County Michigan, where the marginalized people of Flint still live with the consequences of trusting the governmental power structures.