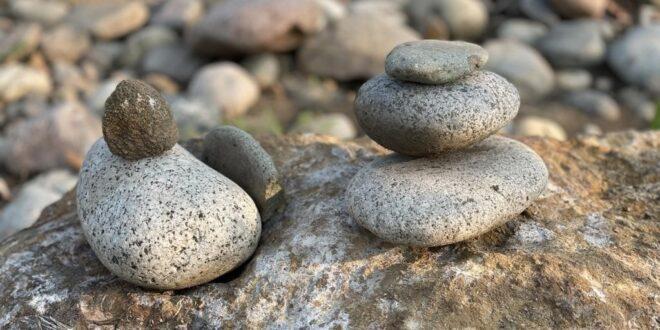 When I read the column by Jeffrey Salkin, “When Cancel Culture Invades a Family” on SpokaneFāvs.com, it encouraged me to share my own thoughts on a relatively similar subject.

I have always kept a light tone in my writings on personal perspective. However, for the last few years what has been going on in American politics, and similarly in other western countries, on issues of diversity, inclusion, equality, being politically correct or not and wokeness made me pen some of my thoughts.

Year 2023 gives us all an opportunity to look back and ponder where we stand in terms of what direction this world is heading, of which we very much are an important part. If the universe can work in harmony, then why can’t we?

Most importantly, it is a time to reflect and realize what matters most. We live in a world of narratives and entertainment where one finds pleasure in seeing reality shows about the lives of other celebrities or listening to a narrative on a channel that best suits our views. Simultaneously, there is political drama, chaos, dilemma and division going on all around us.

In this new year, we need a renewed determination to be tolerant and compassionate towards others without any discrimination. What we think is right is not necessarily universally right.

Something else that’s quite common nowadays is that when a new trend starts or something becomes popular, people simply  jump on the bandwagon without aligning that trend with their own beliefs and ethics. It’s assumed since it’s popular it must be right. This reminds me of a quote by Maulana Wahiduddin Khan:

“So long as you avoid provoking the other person, he remains a human being. But no sooner do you provoke him then that very same person will descend to the level of animals. Now his nature has been derailed. A train that derails will not only destroy itself, but will cause destruction to others as well.”

What we need to do is comprehend that, as the Quran points out, we have been created from the “best of molds.” Because of this, we should live our lives on such standards that we are able to sustain our title of being the noblest of all the creation.

No one should fear losing their relationships or their jobs and contracts just because they think differently. Unfortunately this is happening in the current political environment whether we agree or not.

I have observed that, although we are trying to be the champions of equality, diversity and justice, we are doing the opposite. We think we are getting justice, but we are also increasing conflicts and hatred more than ever before. So we start another cycle of inequality and injustice. We must all work together towards justice and not let our emotions, our personal choices and our political agendas come between us but, instead, we must follow social ethics and respect human dignity.

I also think that in the current environment people tend to forget that to get respect, equality and justice you must give the same in return. It’s not a one-way street. We are all vastly different in our thinking and what the media does is try to adapt one narrative for one audience. Your narrative can’t be the same as other narratives.

As Finatan O’Toole wrote in his Prospect magazine 2021 essay on cancel culture, “’Cancel culture’ is a recent invention, and not an innocent one. It is a highly purposeful strategy to weaponise dilemmas that have been present for many decades. What has changed, however, is that this strategy has succeeded in turning these tensions into irreconcilable conflicts.”

Cancel culture is engaging individuals into binary thinking. It is creating a world where you are either with us or against us. Mainly, what we significantly need to realize is what matters most and how to reach a middle ground on issues while having our differences.

Binary thinking is also impacting the immigrant communities. Quite often due to their limited social and political knowledge, they end up following the trend. And sometimes they do this without realizing that they are going against the very basic ethics they believe in.

Muslims in America are also tangled in this politics of liberalism and conservatism. They are not monoliths. They have different sets of values and vote for different sets of reasons. They come to America either to be safe from dictatorships and political persecutions, to gain personal freedoms, to find better economic opportunities to fulfill their dreams or to be closer to family through immigration.

Still, the division in America in the name of diversity, inclusion and politics is not new to many immigrants because they already faced these issues in their native countries. What’s new, in my view, is that America is better than this and it should not happen here. Our communities and societies should be united not divided.

Now, what can we do to better understand what matters most? How can we resolve these conflicts and differences?

We need to achieve harmony within ourselves by removing conflicts and arguments. We can show compassion. Compassion is the key to tolerance and acceptance no matter what we think and believe in. Again, a quote from Maulana Wahiduddin Khan:

“Accept others and others will be compelled to accept you.”

The key message I want to bring is to start evaluating issues sensibly and ethically. Let’s be compassionate, find similarities, be peaceful and, lastly, put an end to binary thinking and cancel culture.

We need to remind ourselves that our end is the same no matter what. We all came from dust and will return to dust. We should not make the same mistakes as were made before. It’s time to reform, not to reminisce about the wrongdoings of the past.

Each sunrise brings with it the message of hope and new chances to defeat divisions and create unity.

Previous Do We Worship at the Church of the NFL?
Next Grief and Loss Can Tie Us Up in Knots

Excellent article beautifully stated.
We have lost the art of debate. To present the facts, not opinion, and explain our differences without tearing the other down. We do not need to win or lose but be able to articulate our beliefs.
Shutting the “other” down is bullying.

Thank you so much for your kind comment. It really means a lot to me.