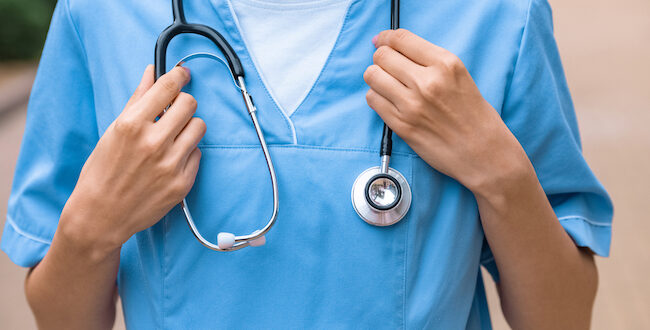 What makes someone a hero?

Is Kyle Rittenhouse a hero?

There are some who think he is.

Rittenhouse is the 17-year-old Illinois boy – he is legally a child – who was driven to Kenosha, Wisconsin, by his mother, armed illegally with an assault rifle, to help “patrol” the city’s streets during Black Lives Matter protests.

On the night of Aug. 25, Rittenhouse was caught up in moving, occasionally violent demonstrations. At one point, interviewed by journalists, he said he was in Kenosha to protect people and businesses. But a few hours later, he fired at protesters, killing two and severely injuring a third. He was arrested a day later after turning himself into police in Antioch, Illinois. He has been charged with intentional homicide. Video clips posted to social media show the shooting.

Is Rittenhouse a vigilante whose acts are the epitome of evil? Or is he, as conservative pundits have declared, a young hero?

Said Tucker Carlson on his Fox News show, “How shocked are we that 17-year-olds with rifles decided they had to maintain order when no one else would?”

Incendiary pundit Anne Coulter went a step beyond. “I want him as my president,” she said in quoting a tweet that praised Rittenhouse.

With street protests against police brutality sometimes turning violent, as we have seen in Seattle and Portland for example, the question hero or villain is important to consider.

What makes a person a hero?

Philosophers in the classic age considered a hero to be an individual who commits an extraordinary act beyond human norms that leaves an important legacy even after death. In classic times, a person could be a villain, could commit an immoral act, and still be a hero.

This is how moral heroism is defined on the website moralheroes.org: “A Moral Hero must have intentionally, and selflessly upheld a moral virtue (such as kindness, patience, justice, compassion, love, or peace) knowing of the full risks and consequences of their actions.”

This definition shapes our modern understanding of heroism.

It is appropriate to think of health-care workers as heroes during the ongoing COVID pandemic. They are intentionally and selflessly putting themselves at risk, showing compassion and love to those afflicted by the novel coronavirus.

The same can be said of first responders – including the larger number of police officers – and military personnel who sacrifice all in the interests of justice and peace.

Journalists, first-responders to history, can be heroes, too. Think of the great war correspondents, such as Ernie Pyle, who endured the horrors of combat, not with a gun but with a typewriter so as to bear witness.

I had the honor to work with such a man early in my career. He was in his 70s, still working on a newspaper copy desk. One day he showed me his photo album from World War II. In one picture he was preparing to go on a night PT boat raid in the Solomons. He was dressed in combat fatigues, face blackened, a machete hanging from his belt on one side, a portable typewriter hanging from the other. That is heroism.

But moral heroism need not be limited to those who display physical courage or confront death.

My father served in the Navy in World War II, but the war ended before he saw combat. Still, as I look back, he knowingly and willingly sacrificed everything he wanted in life to support an over-large family, battling depression and near-poverty to the end of his days. When I call my father a hero, I do not think I am engaging in hyperbole.

Most of us have been blessed to know moral heroes though we too often take them for granted. As philosophers note, heroes are not saints, not unblemished. They are most often ordinary people who do extraordinary things when called by circumstance. And heroes are not forgotten. Their memory is their legacy and our inspiration.

Understanding the nature of moral heroism helps us answer the question: Is Kyle Rittenhouse a hero?

No. Rittenhouse is a 17-year-old murderer. There is nothing heroic about him. And he will be forgotten.

Previous Hanging Together in a Zero-Sum World
Next Chronicles of Corona: East Palo Alto

I was inspired to write this piece when I heard on the radio that Teddy Roosevelt had called Thomas Paine “a dirty little atheist.” I have continued my research by extending it to our 16th president.